fantastic how they disassembled this plane for transporting, why they didn't fly it there is odd. Maybe this was for a convention or some indoor show 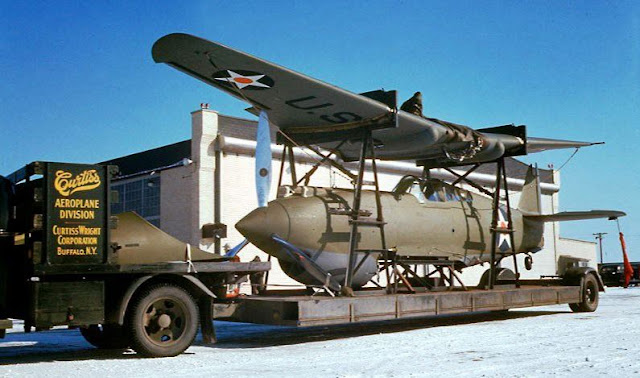 This image shows a P-40 B/C loaded on a flatbed trailer at the Buffalo Airport. Likely taken sometime during the winter of 1940–41, this image isn't from the Life Magazine collection.* I included it to show the earlier method that Curtiss used to transport finished aircraft to the airport for final testing, checkout, and delivery to the Army. Before the crush of production orders hit in 1940, loading the aircraft on train or truck (as shown here) was efficient enough. But after production increased, Curtiss quickly outgrew its Kenmore Avenue plant, and had to think of creative ways to eliminate bottlenecks in its overtaxed production process. Instead of train or truck, Curtiss test pilots simply flew newly minted aircraft right off the assembly line, using the parking lot of the factory as a makeshift runway.