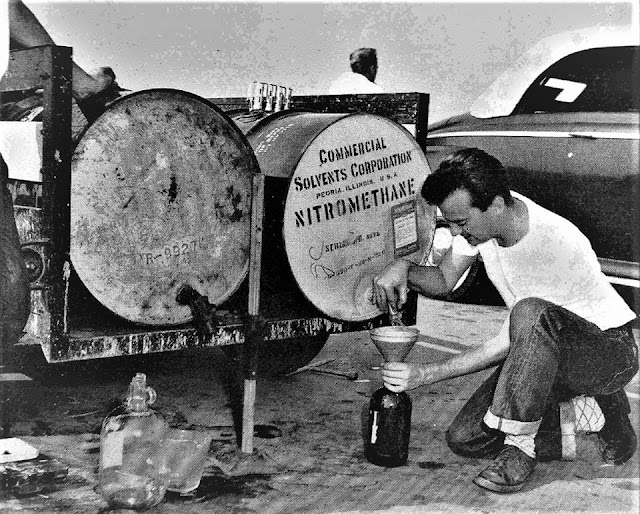 In World War I, the Allies needed a source of acetone, used to process naval gun propellants. At the time, acetone was a by-product of charcoal manufacture, which could not be easily expanded.

In 1916, Chaim Weizmann, later to be first president of Israel, then at the University of Manchester, invented a process to make acetone by fermentation of corn. The Allies soon set about implementing the process but realizing that corn supplies too were insufficient, chose to acquire and convert a former whiskey distillery in Terre Haute, IN, in the heart of the US corn belt (and near abundant coal supplies).

The new company undertook manufacture of acetone by fermentation and the sale of the co-products including ethanol, butanol, hydrogen, and carbon dioxide. Weizmann received royalties for his process for the first dozen years until an improved process using molasses fermentation was developed.

One of the first problems undertaken was a use for butanol, which had not been previously commercialized. In the early days unsaleable by-product butanol was collected in a large tank (the base of which later became a local swimming pool). Eventually derivative butyl acetate found use as a solvent for nitrocellulose lacquers in the then developing auto paint industry. Hence, a tradition evolved to research new uses for its by-products and their derivatives.

Another new product was synthetic methanol. The research was begun to find uses for co-product hydrogen. Natural gas fields in Louisiana provided synthesis gas as feed for the first synthetic methanol plant. Co-product carbon dioxide was sold as dry ice.

During the days of Prohibition, co-product ethanol was sold as laboratory grade alcohol, or was denatured and sold for solvent uses. In 1933, with the end of Prohibition, the company reentered the whiskey business. The bonded warehouses where bourbon was aged in charred oak barrels were again put to use.

Commercial Solvents was an early participant in the titanium dioxide pigment business. Titanium dioxide is now the white pigment of choice used in almost all applications including paints and plastics. It now has completely displaced white lead, which once was the preferred white pigment.

Later the company developed a process for the nitration of propane and produced nitroparaffin solvents and derivatives. During World War II, it adapted its skills in large scale fermentation to the manufacture of penicillin, but was forced out of that business when prices plummeted after the war. It invented zeranol, a semisynthetic growth promoter for beef cattle. It constructed two large ammonia plants in co-operation with International Minerals & Chemical Corporation, who acquired Commercial Solvents in 1975.

It's president had a remarkable history, Theodore P. Walker, the president of the Commercial Solvents Corporation, after college had spent ten years in the Philippines with the constabulary, and while he was over in Europe during World War I he met his wife, a French Grand Opera Star.