His wagon is a family heirloom first used as a farm wagon built by Fish Brothers Wagon Company of Racine, Wisconsin in 1868. He added additional items to convert the wagon into a functional chuckwagon, having to completely rebuild the wagon box. As whiskey was kept on Chuckwagon's during the trail drives, wagon judges at western themed events inspect each wagon for every detail including having a jug of whiskey. When the judge was not able to locate the jug, Lexie asked if they had inspected the water barrel yet. To the judges surprise, as he open the water barrel lid, there floating on the surface was the whiskey jug. 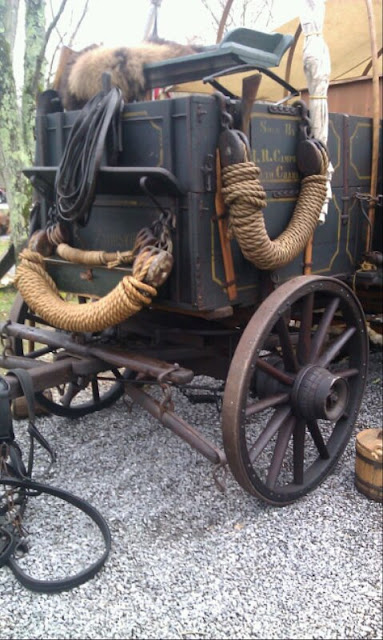 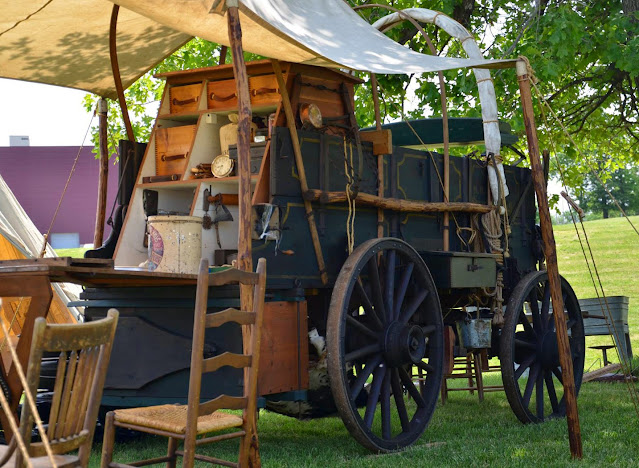 Still Hangin Chuckwagon, owned by Steven Hull from Lebanon, Missouri operates his restored wagon built in the late 1800's by Brown Manufacturing Corporation that formed in 1879 constructing plows and other agricultural farm implements in Zanesville, Ohio. 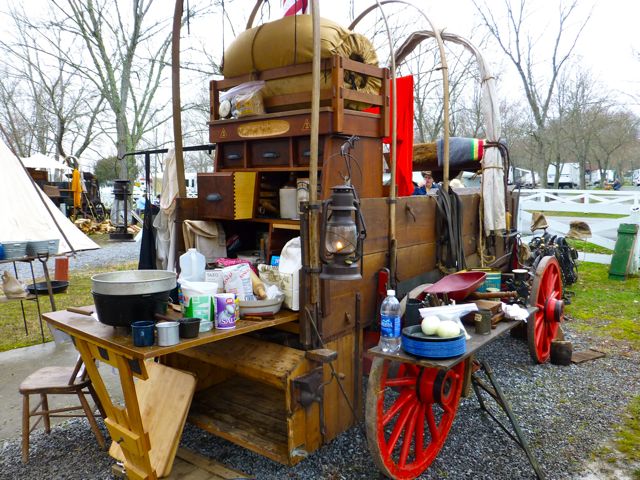 Grumpy's Grub, owned by Gregg Allen from Rome, Georgia operates a 1904 wagon built by Nissen Wagon Works. John Philip Nissen opened a wheelwright shop on Waughtown Hill, North Carolina in 1834 and by 1850 grew to become one of the largest wagon manufactures of the south which continued the manufacturing of wagons until the family sold the business in 1925.