Jeep Wrangler can now be had in Tuscadero Pink 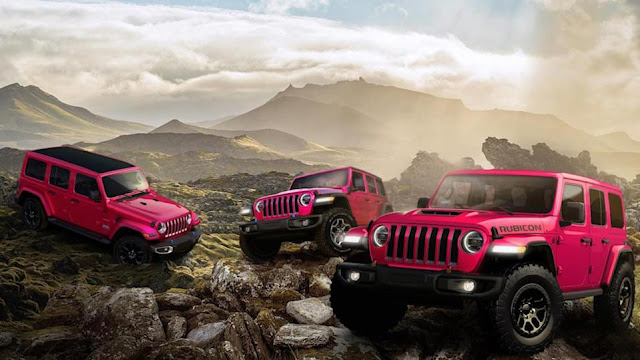 If you are younger than me, and wonder, what the hell is "tuscadero" and how does that relate to the color pink?

Well, way back in the 1970s, there was a really good tv sitcom about life in the late 1950s, and it was called Happy Days, the characters were high school teens, and they had a mechanic friend who was the coolest guy around, he rode a motorcycle, wore a black leather jacket, and his nickname was the Fonz.

Seriously, the Fonz was an amazing pop culture phenom, and had a catchphrase, and use the thumbs up, and had a moral compass that couldn't be beat. Part magic mechanic, part Capt America, part Eagle Scout, part Evel Knievel without the bad attitude, and he was all heart.

So, anyway, a couple seasons into the show, they had to up the level of interest to get ratings for the show to increase, and they invented a biker girlfriend, and named her Pinky Tuscadero. 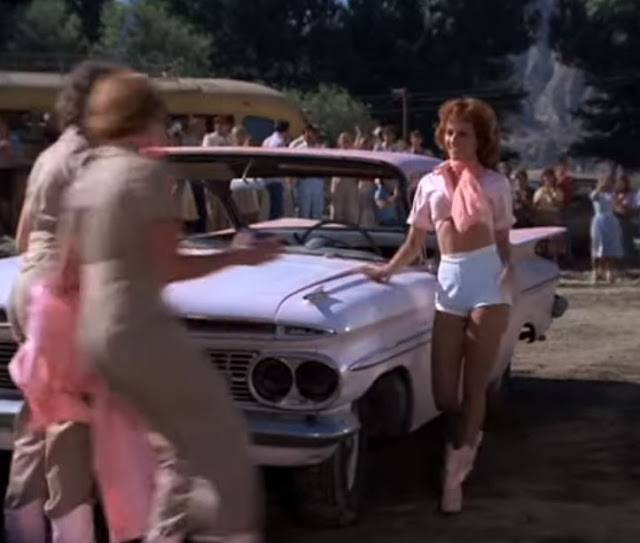 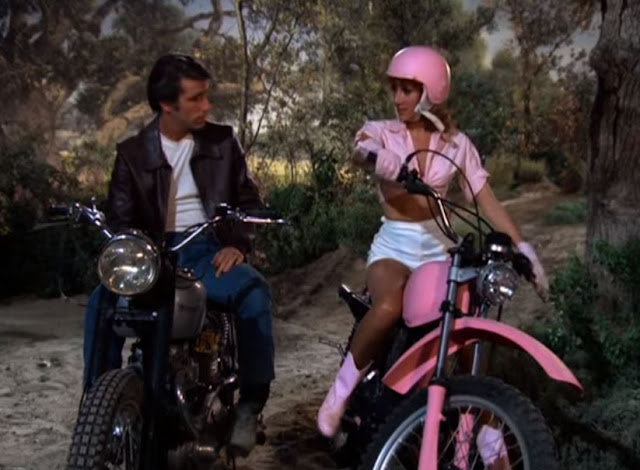 other interesting color names for the Jeep Wrangler are Snazzberry, Nacho, Hellayella, Hydro Blue, and Sarge Green
at Sunday, August 29, 2021