Brazil bank robbers tied hostages to the hood and roof of their getaway car to prevent cops from shooting them, and the robbers used drones to monitor the movements of the police from the air. 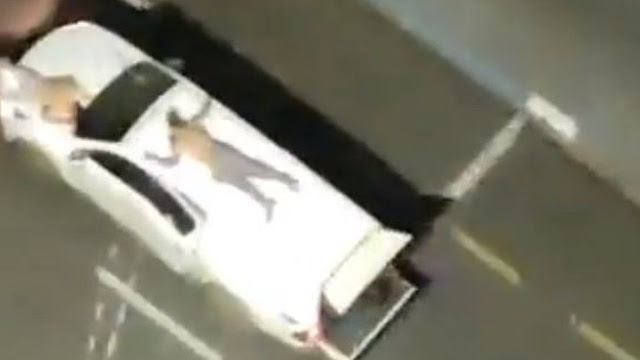 Officials said more than 20 people took part in the heist, blocking off roads with burning vehicles and placing explosive devices across the city.

A gang of heavily armed men attacked three banks in the centre of Araçatuba in the early hours of Monday local time.

A 25-year old cyclist was seriously injured when one of the explosive devices planted by the gang went off as he cycled past.

The police said there were still at least 14 bombs across the city and that the first indication was that they had some sort of sensor, which is triggered either by heat or motion.

Schools will remain closed on Monday and residents have been urged to stay indoors until all the devices have been dismantled.