a 1959 hard-top convertible Corvette has been in impound for 4 years, losing value from sun, rain, not getting washed, and costing the owner 30k in legal fees, all because the restorers used the wrong rivets 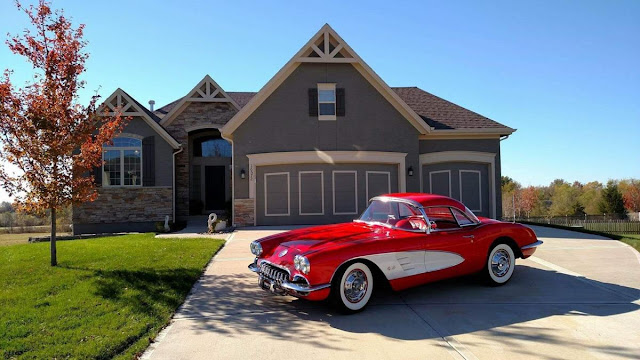 This owner bought this restored Corvette at an Illinois dealership, took it home to Kansas, went to get it registered, and the car was immediately found to be illegal, because the restorers used ordinary rivets. That's legal, where the car was restored.

But not legal to exist in Kansas

“What happened is they took it off to restore it, said Martiniz. “When they put it back on, they used modern bit rivets instead of old. You can buy the old rivets to put them back on but they didn't. They just used modern rivets and put it back on.”

The VIN number on the engine was no help. It wasn’t a match because the original engine in the 62-year-old car had been replaced.

Over the years of neglect, the car has sustained considerable damage. An expert who looked at the car estimates $28,000-$38,000 in damages. Martinez has spent about $30,000 in legal fees. It appears there is no simple solution.

There was a hearing in July, but the Johnson County judge presiding over the case asked the Kansas State Attorney General to weigh in before he issues his ruling. The Kansas Justice Institute has filed its own brief in the case, arguing the government should not be allowed to destroy Martinez’ car for an act he did not commit, where no crime was committed and the car was never stolen.

But, weeks after the hearing, the Attorney General has decided he will not get involved in the case.

So the issue isn't settles, and the car remains in impound