"Life is a combination of magic and pasta" .. what a great name for a gourmet food truck! But that only starts the story of this food van.... it's owner and entrepreneur, is the actual exiled royalty of Italy 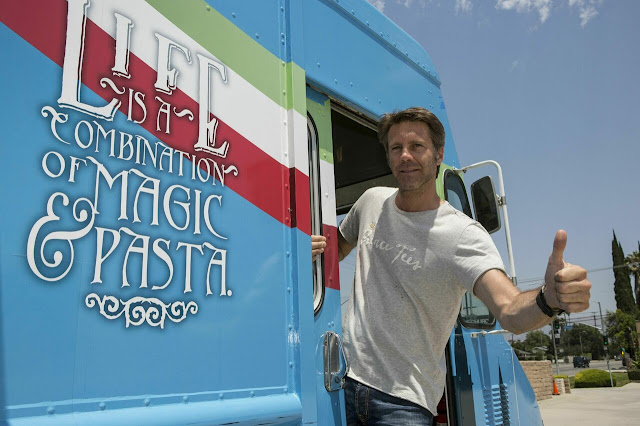 Emanuele Filiberto di Savoia is the grandson of Umberto II, the last king of Italy. In other words, Filiberto is literally the Prince of Venice.

Italy’s royal family was not exactly exiled on a high note. For aiding and abetting Mussolini in the years leading up to World War II, Italians voted in a 1946 referendum to abolish the 900-year old house of Savoy. As Italy pivoted to a Republic, the deposed royal family relocated to Switzerland, where Filiberto was born an only child, in exile.

The prince had his work cut out for him. Not only was the American food-truck market saturated, but cooking dry pasta takes more than 10 minutes–far too long for the average food-truck customer. Fresh pasta, on the other hand, cooks in just over a minute. A simple solution would have been to produce the pasta in a commissary kitchen and boil it to order. Instead, Filiberto installed a 100-pound pasta machine and extruder right in the truck.

In princely fashion, Filiberto turned a late-night craving into a luxurious, streetside culinary experience at the intersection of fast food and fine dining.

In a field of one, Filiberto’s Prince of Venice is the leader in what can only be categorized as fast-fine dining with a view. It is “far better than what you’ll find at most restaurants,” wrote LA Times food critic Jen Harris, “likely the most impressive and elaborate food truck operation in the city.” Thrillist and Time Out: LA rank Prince of Venice among the best food trucks in all of Los Angeles—a competitive market, to be sure.