A wildfire raging in Northern California exploded in size overnight, becoming the third-largest wildfire in state history, started on July 13 North of Sacramento 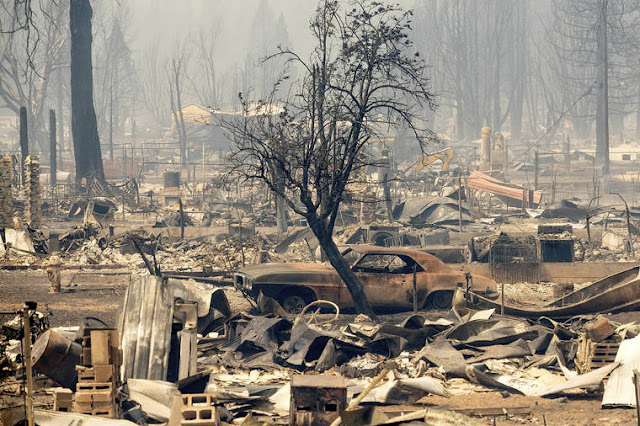 The Dixie Fire grew by 110 square miles between Thursday night and this morning, making the blaze the largest wildfire currently raging in the nation, locat3ed about 60 miles North East of Reno, not far from the 2018 fire in Paradise Ca
The three-week-old Dixie Fire was one of 100 active, large fires burning in 14 states, most in the West where historic drought has left lands parched and ripe for ignition.

The Dixie Fire had consumed about 432,813 acres, according to an estimate released this morning. That’s 676 square miles (1,751 square kilometers) — moving the blaze from the state’s sixth-largest wildfire ever to its third-largest overnight.

The fire’s cause was under investigation, but Pacific Gas & Electric has said it may have been sparked when a tree fell on one of the utility’s power lines. No injuries or deaths have been reported.

The blaze exploded on Wednesday and Thursday through timber, grass and brush so dry that one fire official described it as “basically near combustion.” Dozens of homes had already burned before the flames made new runs. 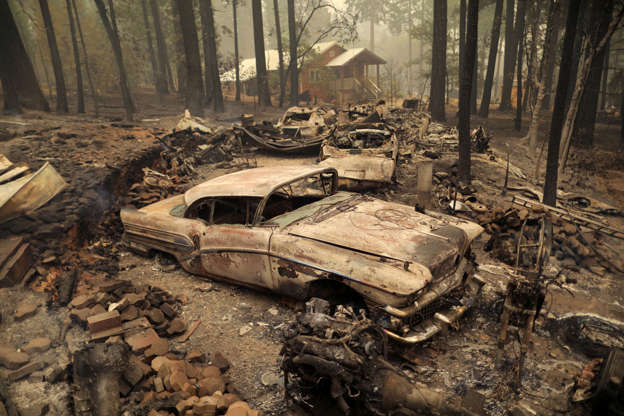