it cost half a million to make, and had a half a dollar of security, so the thieves had zero problem stealing it from a hotel parking lot along with its trailer and 99 Ford dually. But unlike so many other show cars and race cars thieves have stolen this for 70 years or more, this one was found after 15 years. Yes, I'm saying rich people are stupid 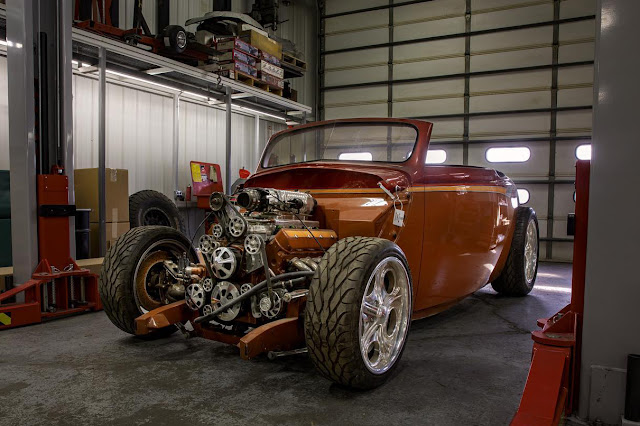 built by Rad Rides By Troy in 2006, and displayed at the Eaton booth during the 2006 SEMA show, this 1937 Ford convertible with an Eaton supercharger won the prestigious Mother's Shine Award.

Rad Rides by Troy's team put in more than 8,500 hours into building the custom vehicle for its private owner who didn't even drive it, instead sent it out on the trophy circuit car shows throughout North America and was being transported in a 32’ trailer sponsored by Eaton. 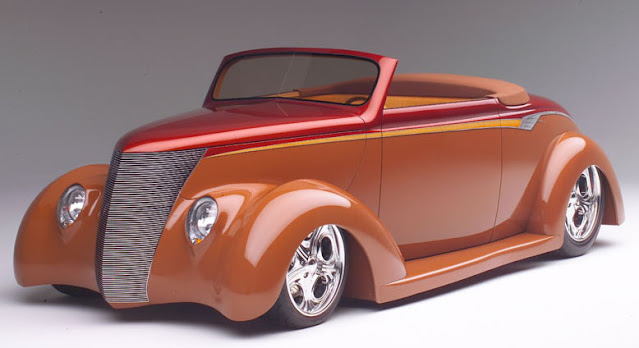