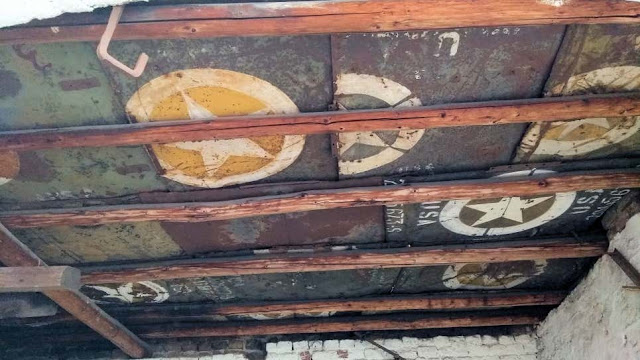 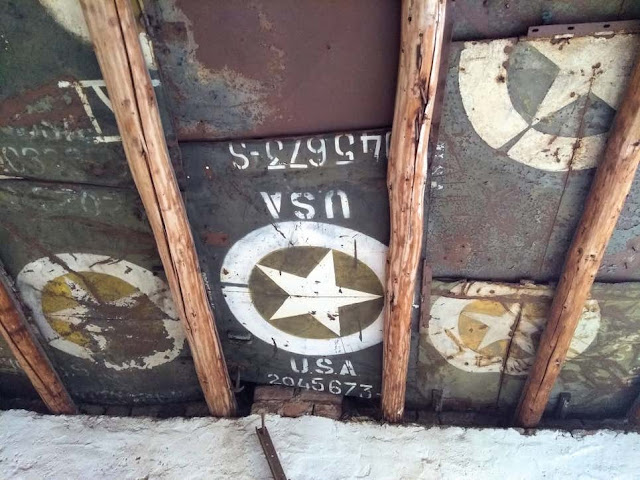 these Jeep hoods were just some of thousands in junkyards in Germany after WW2, considered nothing more than metal panels. They were discovered in the ceiling of a garage in Bonn that was being torn down to make way for another structure 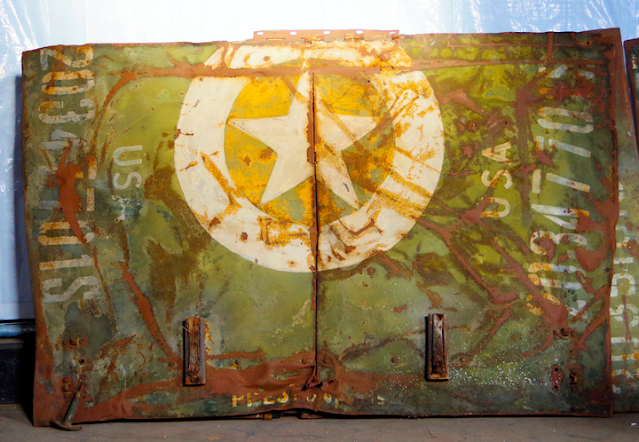 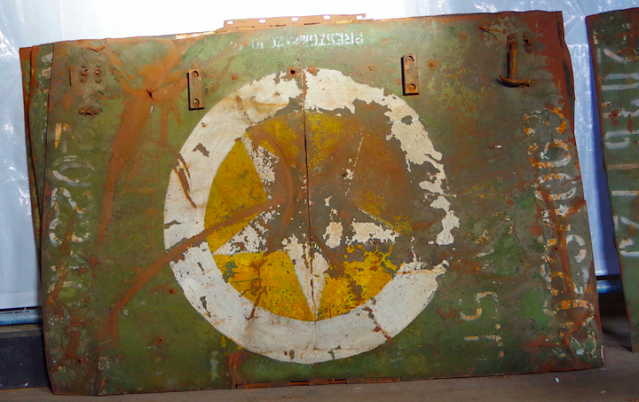 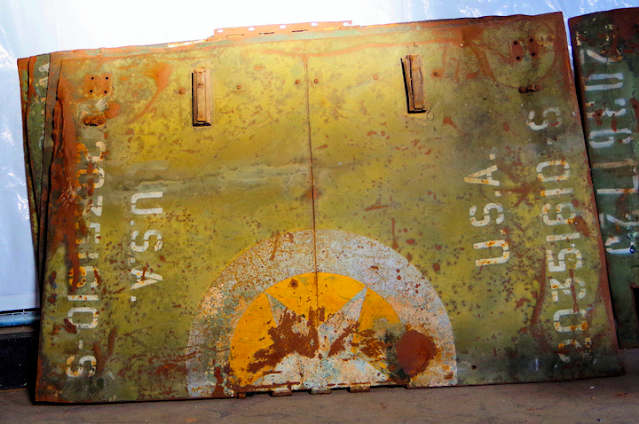 the yellow paint on some of the hoods as reason to believe that these Jeeps may have been involved in the battle of Normandy. The special dye, brushed between the points of the invasion star on the hood, is called “M5 Liquid Vesicant Detection Paint,” and its job was to change colors upon detecting dangerous chemical agents.
The U.S. army was worried that Germany might use chemical weapons on the battlefield, considering Germany did so during World War I. So, in 1943, the European Theater of Operations standardized vesicant paint, as shown in this document found in the National Archives 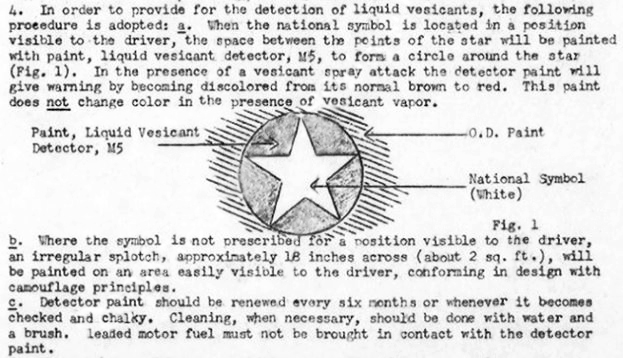 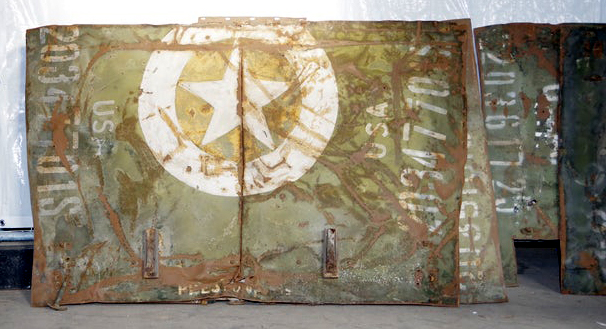