have you seen the 1943 - 44 ads Willys published in the Saturday Evening Post? The art of James Sessions, Benton Clark, Charles Horndorff, and John Howard. The following were collected by Brendan at This Old Jeep .com 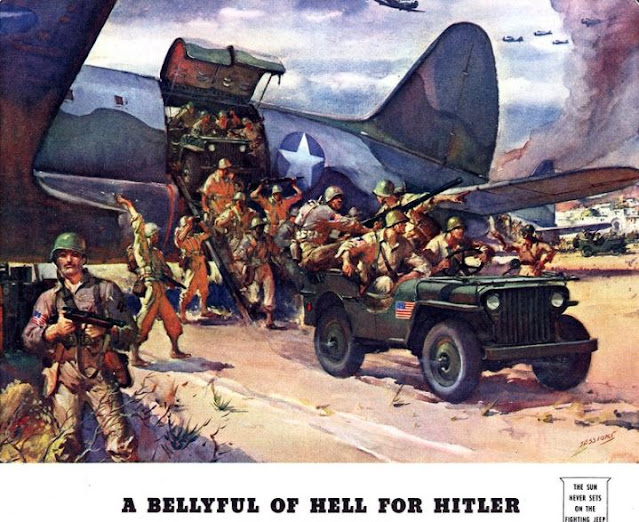 During the war years and the early post-war, Willys-Overland was as busy campaigning the future and influence of the jeep as the jeep was busy on the battlefield.

Four talented illustrators were contracted to create paintings for a series of ads that Willys was to use, most famously, James M. Sessions.

These began with showing battle scenes and the heroics of the jeep and the GI and ended by 1945 with pushing the role of the jeep on the farm and in hometown industry.

For fans of the Willys jeep these are the quintessential example of not only the golden age of ad design, but of the jeep in the world of art.

My theory is that these artworks came to be because of Ward Canaday, who started his career at the Hoosier Cabinet Company in Indiana, where he pioneered the installment plan.

In 1916, he became advertising director for Willys-Overland in Toledo, and brought the idea of buying on credit to the automobile industry. (!)

In 1936, Canaday took over Willys-Overland when it was in receivership. He became president in 1950, and sold the company to Kaiser-Frazer in 1953. 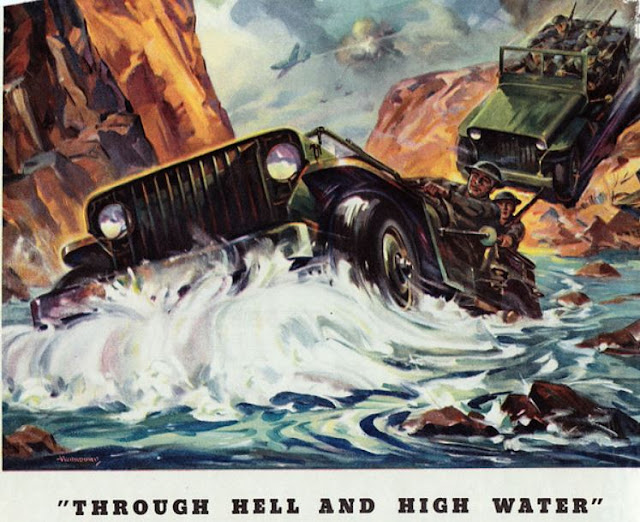 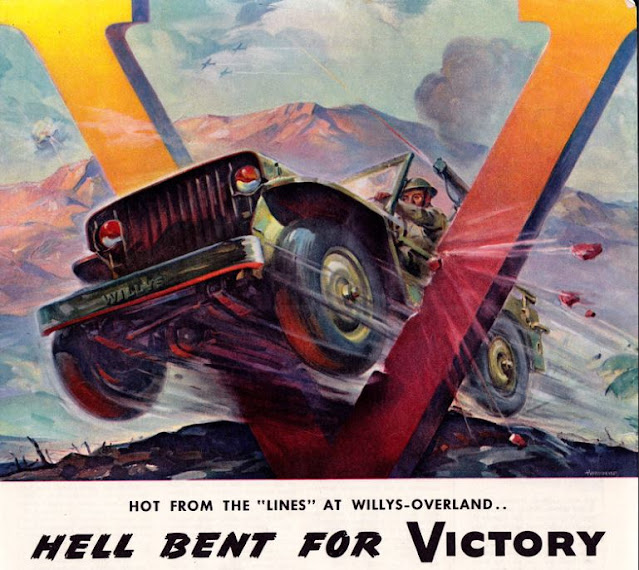 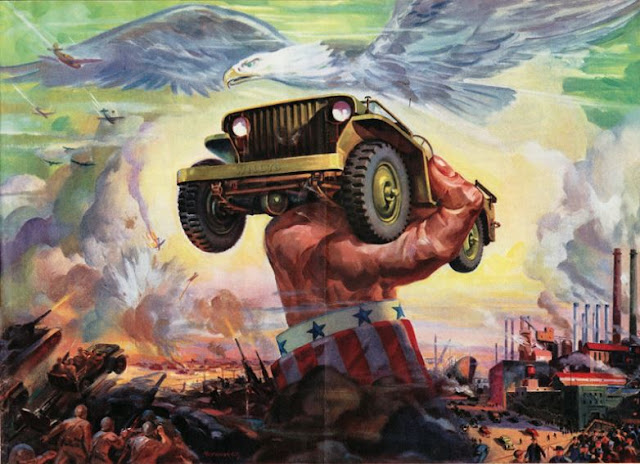 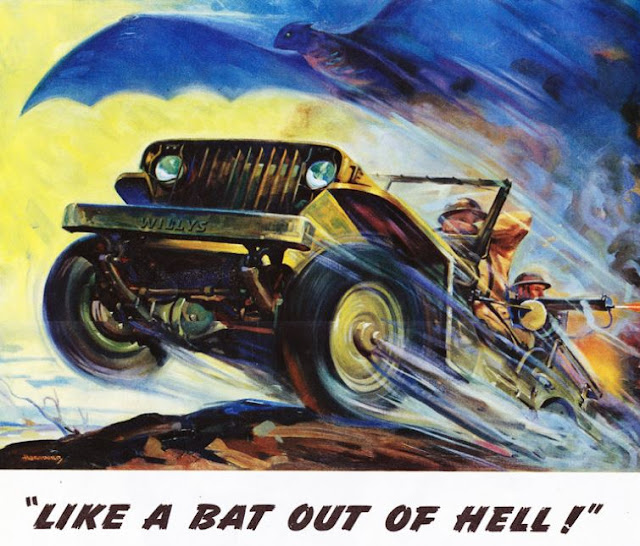 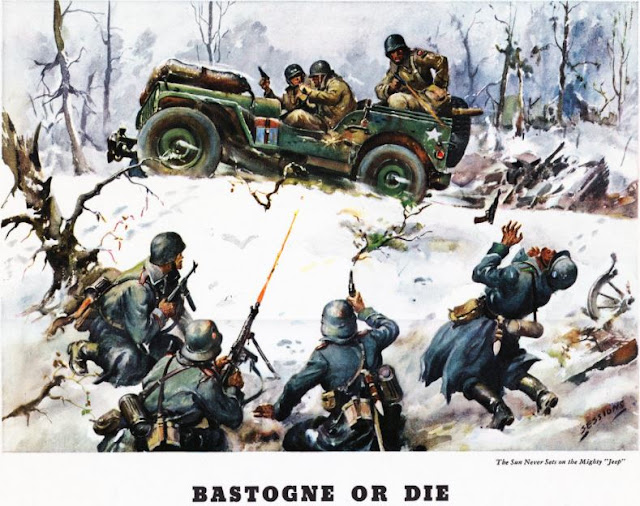 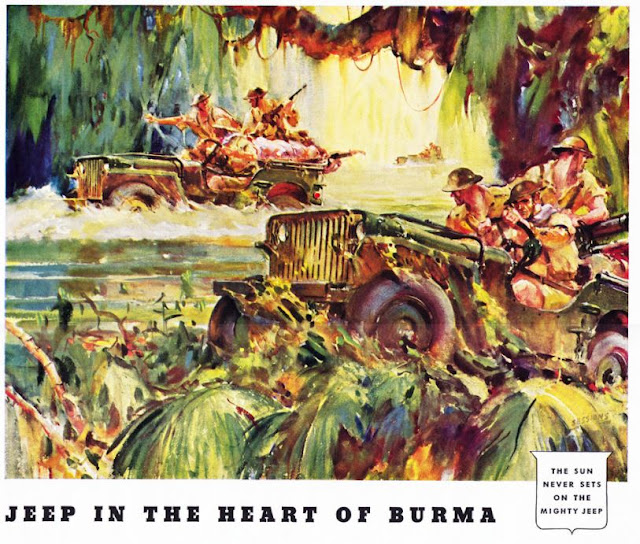 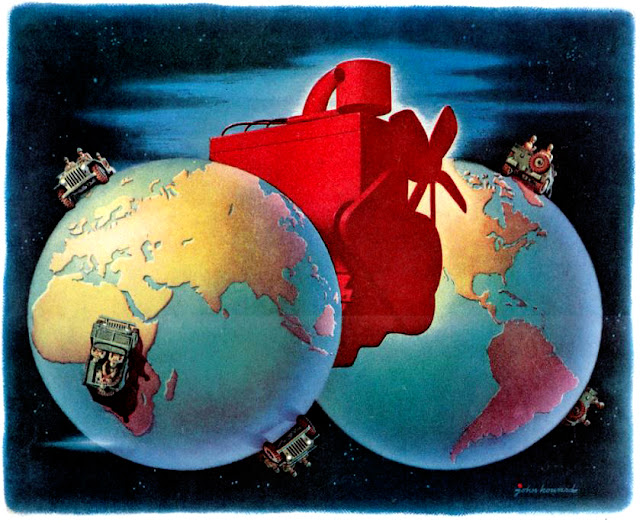 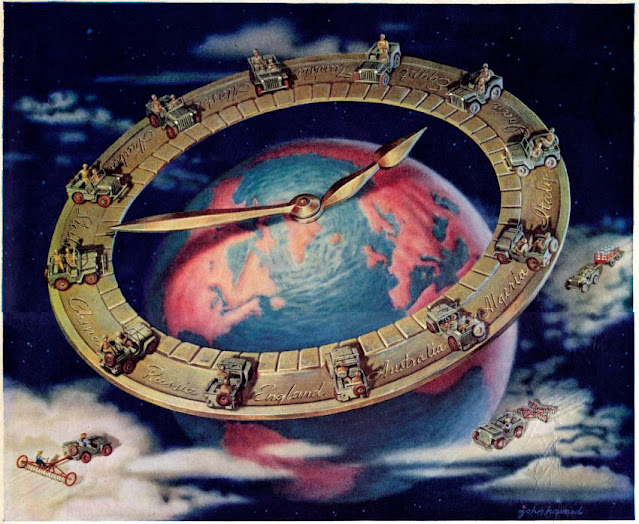 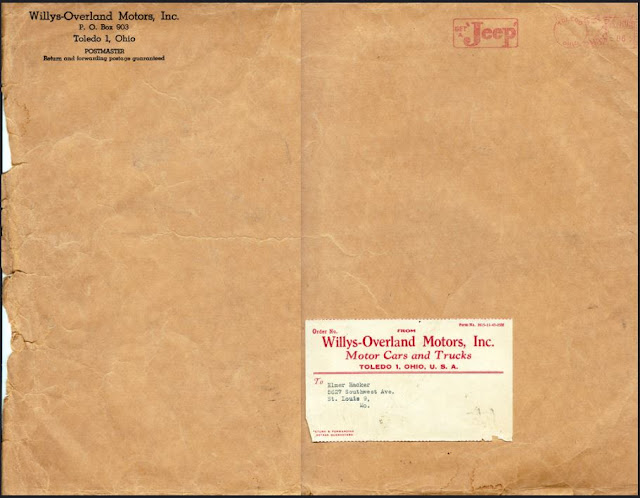 Working primarily in watercolors, Sessions produced an astounding body of work for Willys’ promotion of the civilian jeep. Beginning early on in the war, Willys ran ads like these in many of the major magazines of the day, Newsweek, Colliers, the Saturday Evening Post, LIFE and Look to name a few.

Willys, not to miss an opportunity, also sent out direct mail copies of these ads. I found a total of eleven original lithographed copies of the ads complete with the original envelope that they were shipped in to an Elmer Hacker of St. Louis, Missouri. The envelope is even a neat piece of jeep history showing the Toledo, Ohio postmark and the “Get A ‘Jeep’” stamp on it.

there is no link to This-Old-Jeep.com as that website died years ago, and no longer exists. There is a facepage, but it hasn't been added to in about 8 months, and only had 3 posts last year. I think that Brendan is done adding content to his Jeep websites/facebook page.