1946 menu from The Coral Cafe restaurant in the Benjamin Franklin Hotel in Philadelphia, featuring a Jeep painting by James Sessions on the front cover 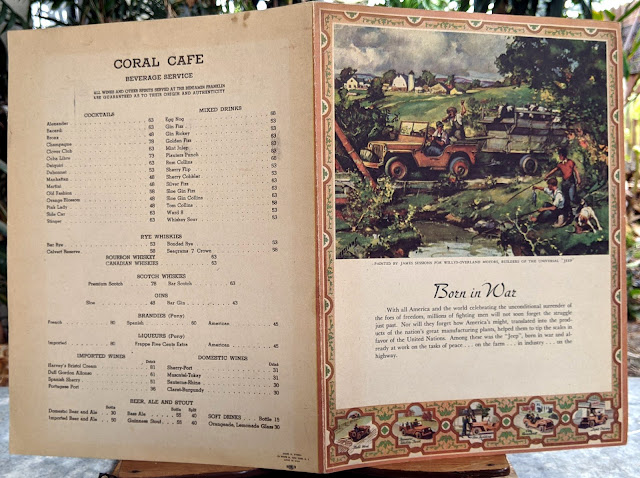 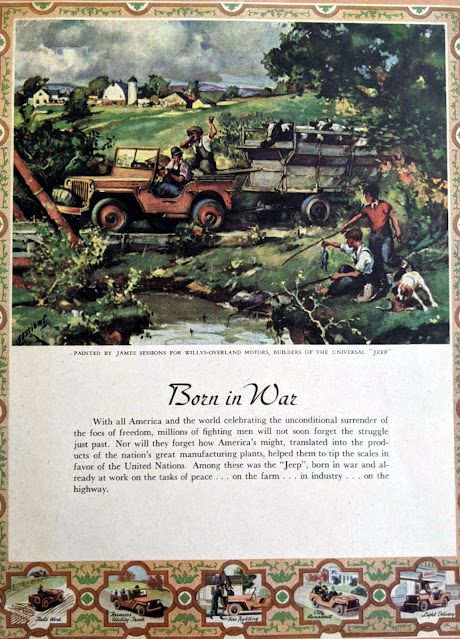 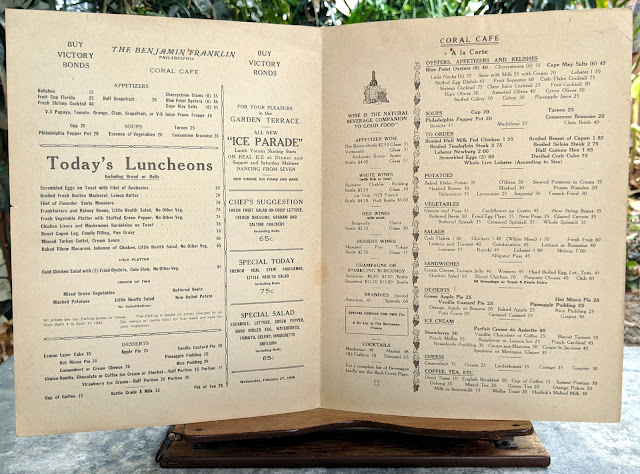 OPA... Contains the 1943 WWII war-time rationing OPA Regulations Statement! OPA was the Office Of Price Administration that issued ration stamps and set maximum pricing allowed for restaurants so that over-inflated high prices would not occur during the war. Meat & other items were in very short supply. The OPA statement was printed on menus to show they were in compliance with the rationing regulations. 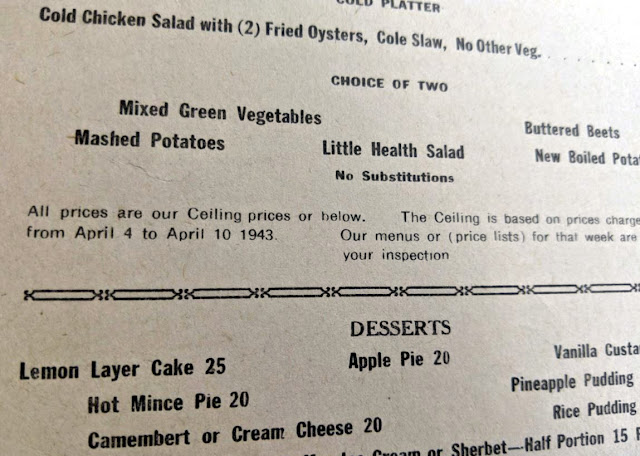 with other examples of the Willys-Overland Motors Jeep such as... field work, farmers utility truck, firefighting, city runabout, and light delivery. 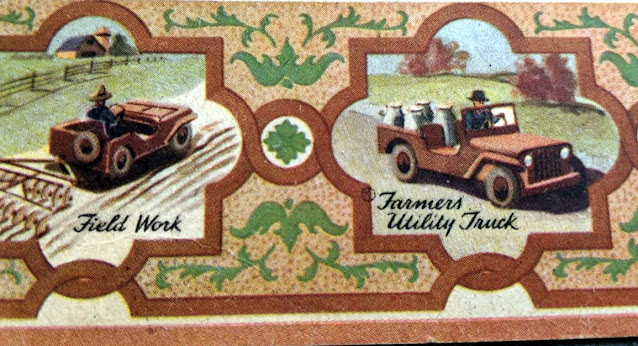 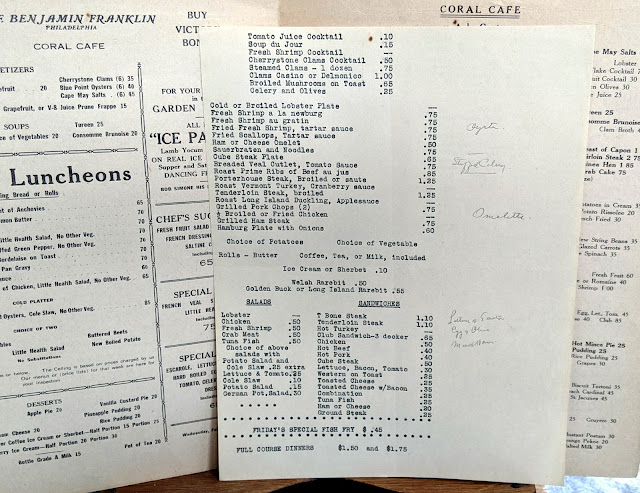 James Milton Sessions (1882-1962) was born in Rome, NY and he received his first exposure to art from his mother, herself an accomplished artist.
He trained at the Art Institute of Chicago from 1903–1906 and initially supported himself as a wheelsman aboard Great Lakes ships from 1906–1914
He later serving in the Illinois Naval Reserve during World War I. He also worked as a commercial illustrator.
Sessions was a master watercolorist and is probably best known as a painter of marine subjects. Sessions painted images of numerous locations, from the Bahamas to New England's busy fishing harbors, north to the raw fishing grounds of Nova Scotia, and ultimately to the Navajo reservations in New Mexico.
The Chicago Tribune newspaper utilized his talents. Sessions is considered to be the greatest "brush reporter" of World War II. His works can be found in Presidential collections, numerous important corporate collections and military establishments throughout the country.
Sessions created numerous wartime advertisements. Examples are the 60-painting documentary of jeeps in World War II action for Willys Overland Co., and a Borg-Warner ad in 1945 showing the mass production of radiators and clutches for motorized warfare manufactured in Detroit.
His World War II scenes were the subject of a book, and were exhibited at the MMA. Later, he produced calendars for Brown & Bigelow Co., St. Paul
Sessions was married in Chicago, Illinois in 1946 to Chrysanthy G. Deamanthopulos. He unfortunately destroyed many of his watercolors due to alcoholism and his self-imposed high standards for finished works. He died in 1962 in Chicago at the age of 80.
https://en.wikipedia.org/wiki/James_Sessions
http://www.artnet.com/artists/james-milton-sessions/
https://www.amazon.com/James-Milton-Sessions-American-Reporter/dp/1425723039 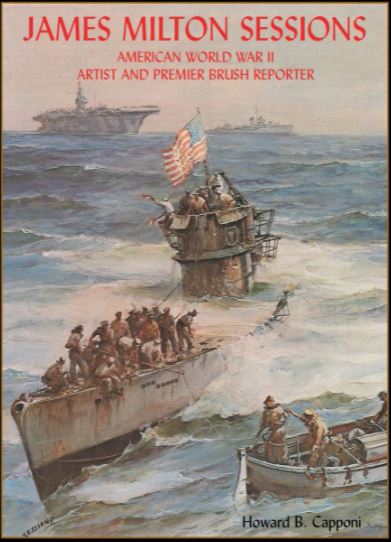