a 5th gold plated Delorean has been found, covered in dust in a Michigan warehouse, and it's not a 1981 American Express Xmas special edition, it's a 1983 customer funded gold plated car 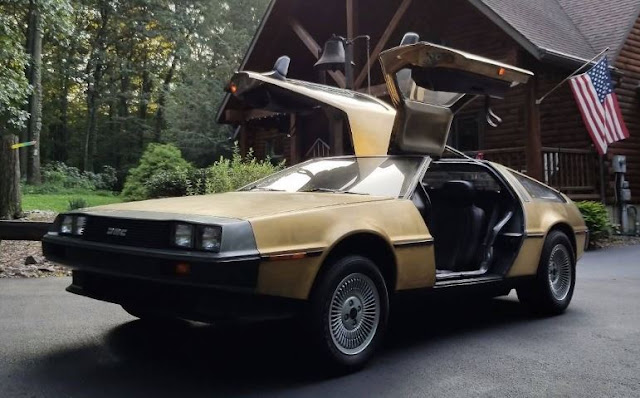 The above 1983 Delorean just showed up in Hagerty magazine, it’s unclear exactly when (or why) the car was finished in 24-karat gold. 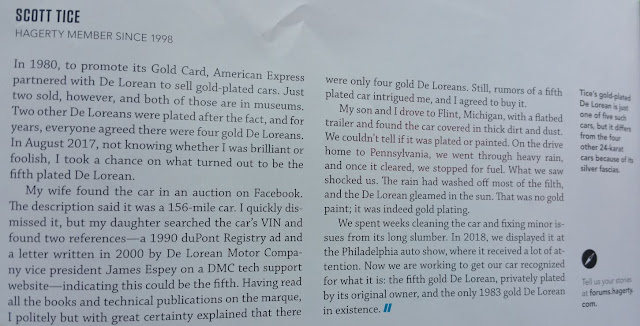 Cooper Classics, a classic car dealership in New York, advertised the rare DeLorean as a "no mileage," "never registered" example. In June 2017, it showed up again at a court-ordered auction in Flint, Michigan, where it displayed its current 156 miles. 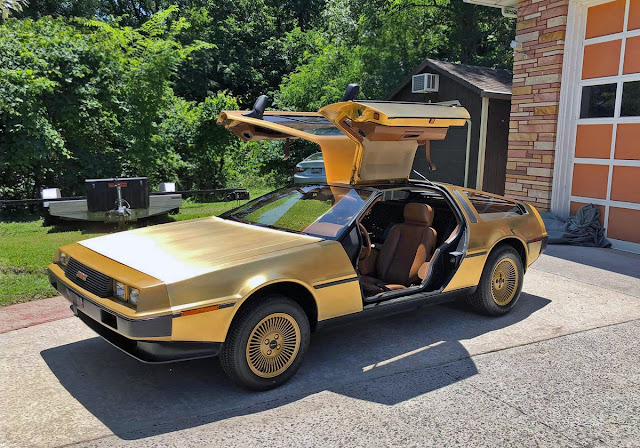 
In September 2013, that third car (Banker got car one, entrepreneur got car two) featured on the cover of a color section of the British Sunday Times newspaper after it became a ‘barn find’ in the USA. It had surfaced in a remote part of the state of Maryland, owned by an octogenarian collector, named Carl Winters, who had kept it under a dust sheet in his garage since 1999.

He claimed he bought the car after seeing it advertised in a newspaper. Since buying it, apart from the occasional display at local shopping centres, the gold-plated DeLorean had not moved and was in mint condition. Winters planned to sell it and with gold prices at a then-all-time high, along with the car’s rarity, advertised it for sale at $250,000. It is thought to remain unsold and now resides in a private collection in La Vale, Maryland.

and the one in the Petersen museum

There is one in Reno as well, from the Harrah Museum, and I'm not aware yet where the 5th is.

To plate such large panels, only one company was found to be capable based on equipment size,
the large German chemical conglomerate Degussa.

Degussa’s payment terms demanded the gold itself should be paid for up-front, $45,000 for the gold. Despite their impressive facilities, a larger purpose-built plating vat was required, estimated to cost $37,000. By comparison, the plating process itself represented a meagre $15,000. In view of the number of unknowns relating to the likelihood of success, Degussa went the whole hog and asked for a total (including ancillary costs) of $131,000 up front.

All for three sets of panels and door assemblies, one each for the two cars bearing a selling price premium of $60,000 each, and a third in case anything went wrong, and things did. In shipping, one door arrived damaged, and it's replacement was hand delivered, held up in customs, but made it to the plating in time, but not enough time for lacquering. No matter, it was damaged on the way to Ireland.

Then to add to everyone's stress, no trucks were allowed to travel in Germany on the weekend, except fruit trucks, so, one was hired, and the 3 sets of panels and doors were trucked immediately to Ireland.

The two cars were duly shipped to the USA and customs clearance and onward transportation went smoothly, and the two cars were delivered to the Texas banker, and the Californian entrepreneur. Both owners loaned the 1981 Deloreans to museums (Harrah and Petersen)
at Tuesday, July 09, 2019