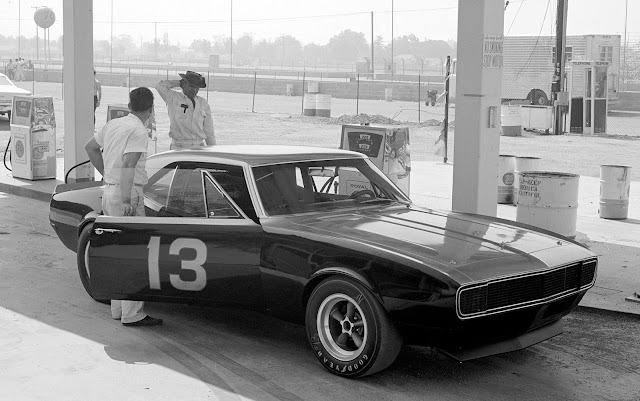 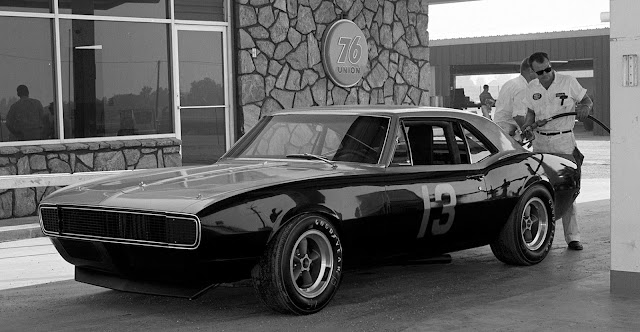 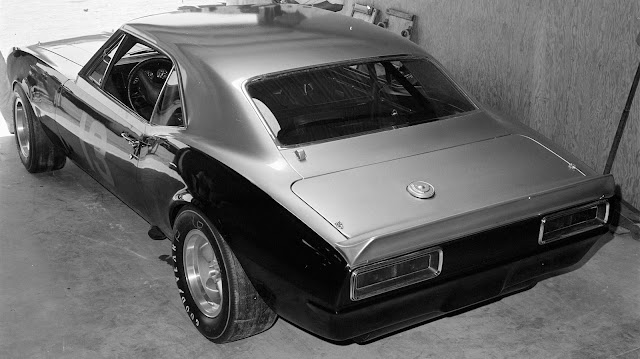 He built a stock-bore 445hp small-block and 540hp big-block that contained “optional heavy-duty parts” that were production components available from Chevy, which they had to be for eligibility. Both used solid lifters. Muncie four-speeds and Positraction 12-bolt rearends suspended from stock leaf springs completed the drivetrain.

The three Camaros he built were said to be Z/28s, though they may have started out as pedestrian Camaros with Z/28 markings. Smokey stressed that he deviated from stock by only adding rollbars, magnesium American Racing wheels, and 10.00-15 rayon racing tires.

On their way to Bonneville, Smokey called HOT ROD’s Jim McFarland to come meet him at Riverside Raceway, where the Bud Moore Mercury Cougar team was practicing for the upcoming Mission Bell 250. Smokey flat towed one of the Camaros for this detour. When he got there somehow he was allowed to unload the Camaro at the track, where this shot was taken. With Lloyd Ruby driving they broke the Trans-Am qualifying record.

Smokey was immediately kicked out of Riverside, with a big smile on his face.

At Bonneville in October 1967, a 10-mile course was marked off on the salt, and with driver Mickey Thompson and stock car drivers Curtis Turner, Bunkie Blackburn, and Johnny Patterson, they spent 12 days breaking hundreds of flying-mile records