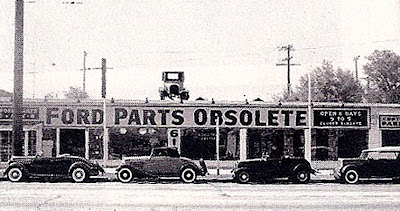 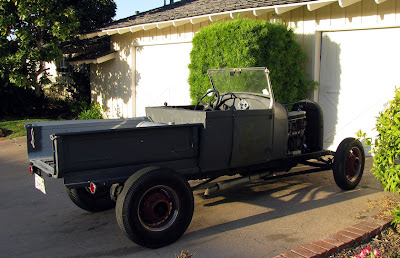 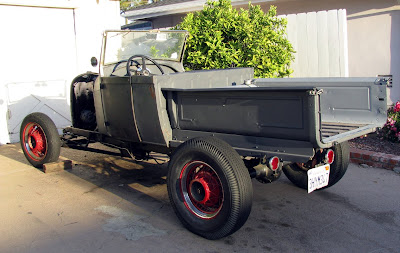 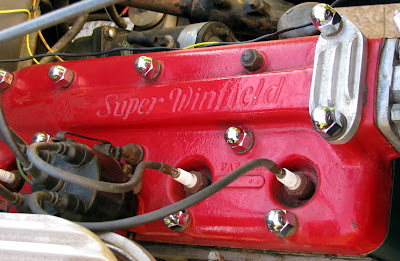 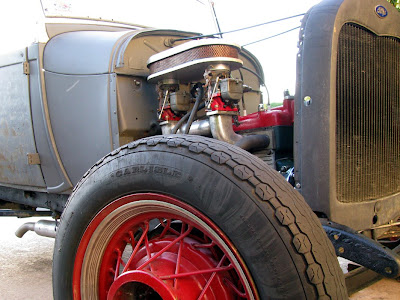 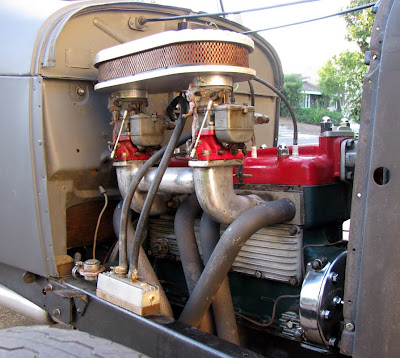 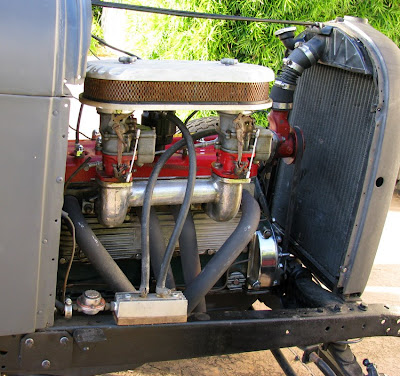 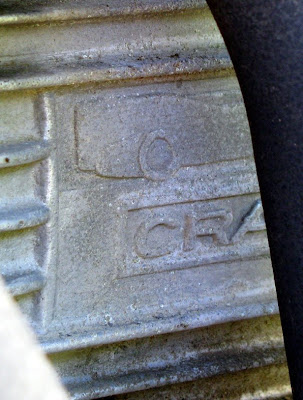 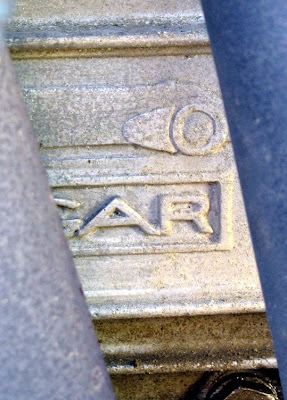 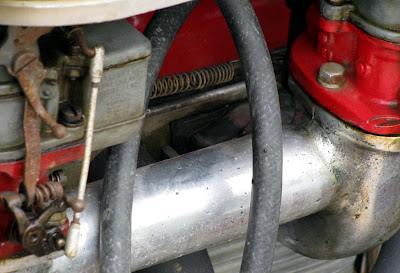 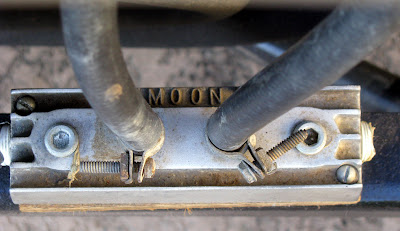 Dean Moon started with fuel logs... this must be an early one! 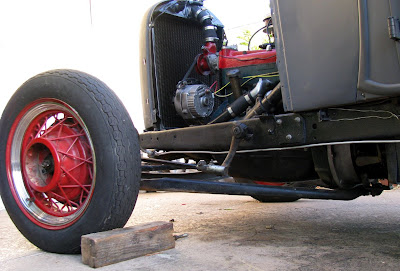 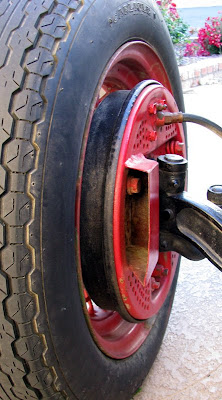 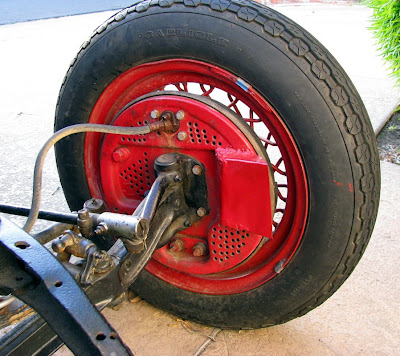 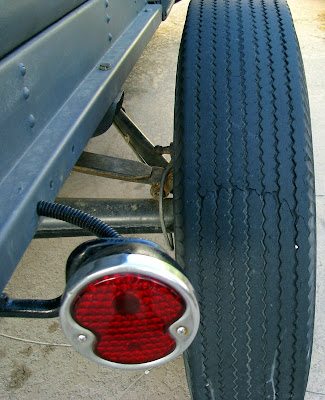 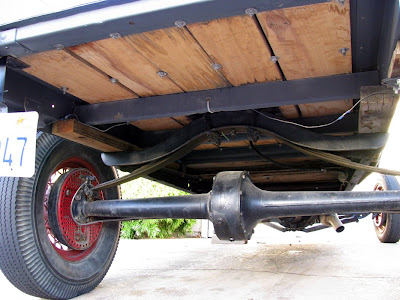 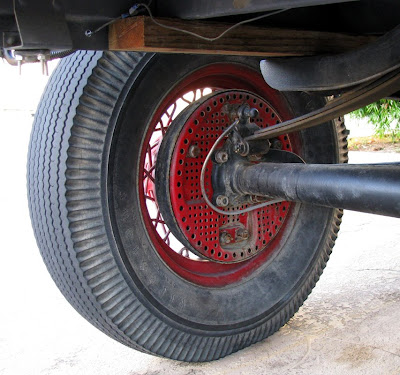 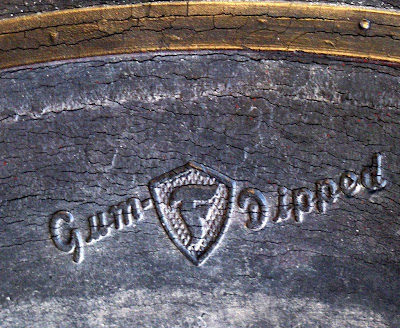 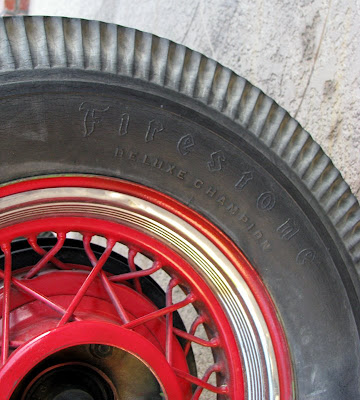 Joe was the man, not one of many - the one, to go to for a Ford transmission for racing on salt or dry lakes. "He's one of my greatest heroes- a real car guy that has busted his knuckles on Fords for over 75 years, was one of the VERY first guys to go around to Ford dealerships and clean out their "Obsolete" stock for scrap rate and recycle it back to the car community starting in the '40s, he supplied all the local rodders and restorers for nearly 50 years" http://www.jalopyjournal.com/forum/showthread.php?t=152986
Back in the late 40s early 50s, Joe built the RPU from parts he had on hand with the purpose of racing and beating the more handsome cars of the time, with a beater flat out powered by racing Model A power.
Possibly this is the 29 RPU mentioned on the HAMB thread by the member JUSTPLAINBLL on 05-08-2008, 09:59 AM http://www.jalopyjournal.com/forum/showthread.php?t=261874&showall=1
Joe Mac once built a 29 RPU in his den from pieces he had scrounged. In case you didn't know Joe started what was probably the original Ford Parts Obsolete.After he retired to Corona you could call him for a rebuilt early V8 trans or rear end and pick it up next day.

Joe was always a contender with this truck at all drag racing and hill climb events. He purposely kept the truck looking very worn and tattered but never spared his money on motor or running gear. This was one of Joe’s favorite vehicles which ran its last race at the Antique Nationals in the ‘90s when the over ported engine had a problem in the number two cylinder.
The truck traded hands from a gentleman’s agreement between Joe and Tim’s dad for first right of refusal if Joe ever wanted to sell the truck. Tim’s Dad being a good friend of Joe and fellow member of the “Four Ever Four” understood the history and value of a race worn and beat RPU. The RPU was towed to San Diego where it sat for more then two years in the back of storage warehouse.

Instead of getting to work and drive the rpu, Tim’s dad kind of stored it for the time being until health and relocation forced the sale of the parts warehouse and to Tim’s luck, his dad traded him the beaten and bent rpu for the labor he put into selling the parts and clearing the warehouse of its antique parts gold.

Once the rpu was in Tim’s garage, he called Joe. The first thing Joe said is he wanted the engine, Tim didn’t figure out why until he started to rebuild it. There are many old hotrod racing tricks on the inside. Just like the truck you can’t tell just by looking at it. It is a time capsule of 1950’s race car fabrication by a guy who is named in the same breath as Pete and Jake, Chapouris, and 'Ol dad' Baskerville. one of the few lights of goodness being guys like Joe Mac of Ford Parts Obsolete, Pete Eastwood, Jake Jacobs, Pete Chapouris and Gray Baskerville. http://www.jalopyjournal.com/forum/showthread.php?p=2179623

During the rebuild the bump stick used in Joe’s original motor was exchanged for a more mild Jim Brierly special, the sake of the go fast four banger guys... the original cam is likely to be a special grind given to Joe by Ed Winfield (the head is from Winfield).

So the rest of the story? Tim turned it into a project to teach righty-tighty and lefty-loosey for 2 twelve yr olds, his son Bryce and the grandson of Berry Meguire, Ryan (Meguires car wax products)… under the supervision of a dad passing along the experiences of learning from his own father, and a lots of hands on experience working on old Fords himself. Both were twelve and the object was to build the truck for the last lakes meet at El Mirage in 2007. Much rust and a lot of broken bolts later, the truck had two twelve year old pilots on El Mirage. All went to plan and the boys learned what it is like to pass the car crazy sickness on to the next generation.

Interesting side note: Tim was fortunate to be the one chosen to be the new custodian of a beautiful woody that came off the last farm in Del Mar (just north of San Diego ) I believe we are all just custodians of cars, they outlast us if we treat them right. 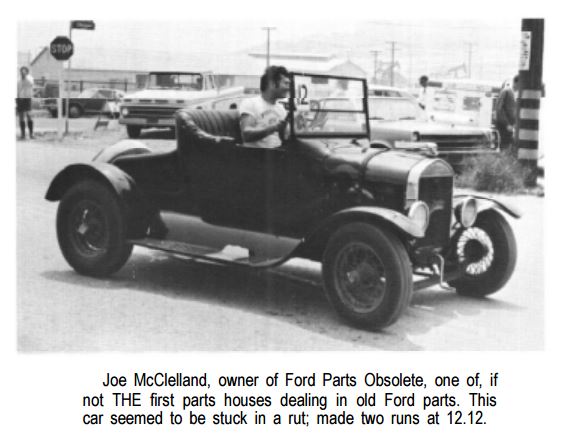