Battle of St Quentin Canal. Mark V Tanks going forward with the ‘cribs/fascines' carried to enable them to cross the Hindenburg Line 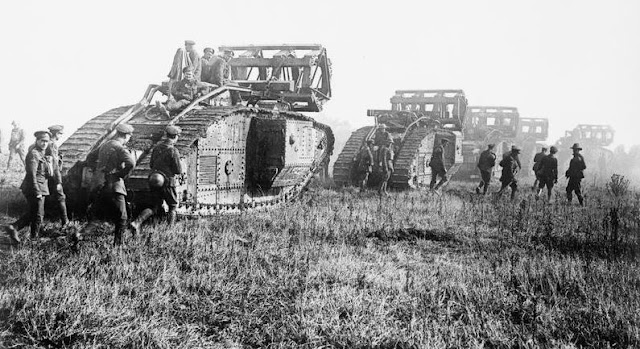 The Crib fascine was carried on the top of Mark IV and Mark V tanks to be deployed when crossing the over-wide German anti tank trenches during British assault on the Hindenburg line in September 1918.

These were constructed from the bundles of wood used in for the same purpose since Roman times. Although these were cumbersome to deploy they proved an effective gap crossing device and were used widely by the tanks of the day that weighed up to about 30 tons. 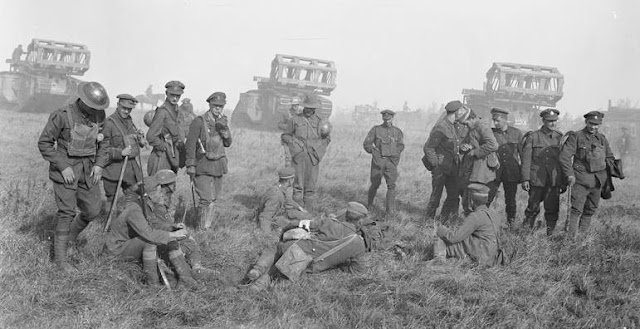 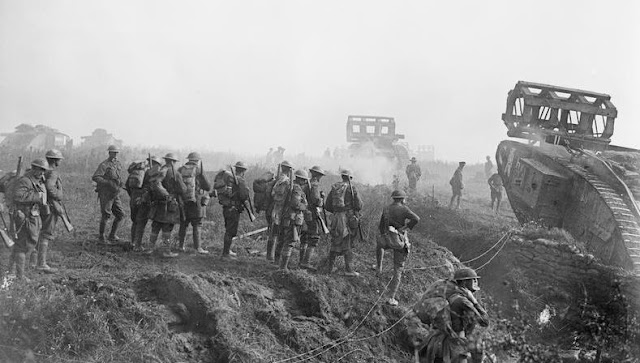 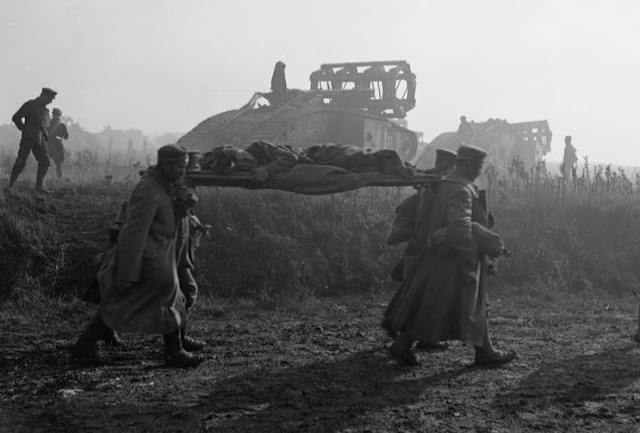 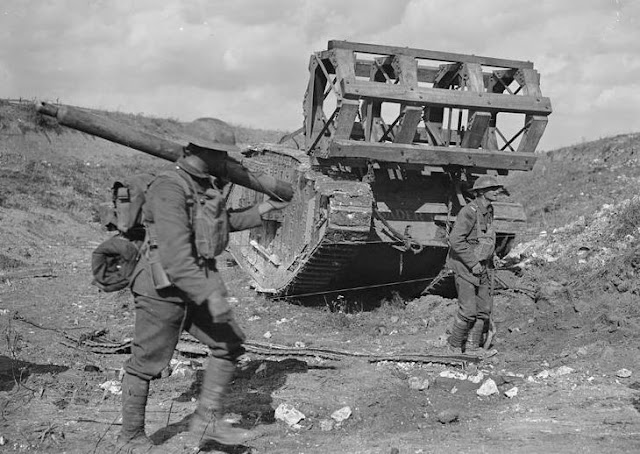 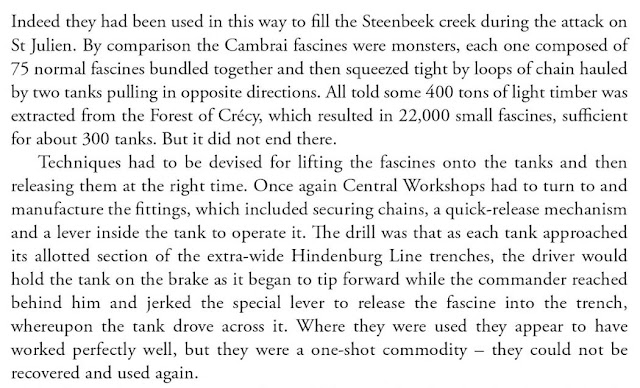 From the books British Mark IV Tank and  British Battle Tanks: World War I to 1939
by David Fletcher
at Thursday, October 11, 2018