the founder and CEO of Weather Tech is overcharging the customers. How else does he get so rich he can spend 70 million dollars on this 1963 Ferrari that placed 4th at Le Mans? 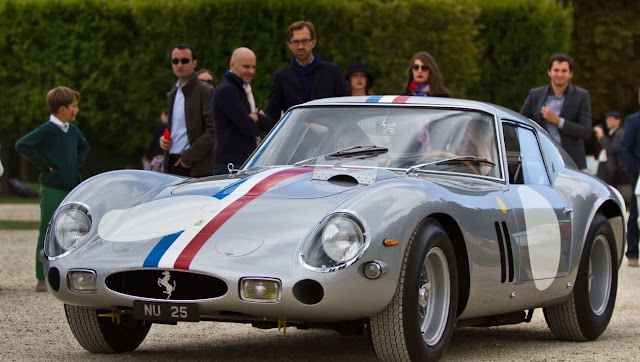 setting the record for the most ever spent on a car.

This was a private sale, not an auction. The seller set the price, and I'd guess every other 1963 250 GTO Ferrari owner has just increased how much they are selling theirs for, by 10 million.

What makes this specific car worth 20 million more than any other?

It's never been wrecked for one thing. It's been raced a lot, but never crashed.

In its first two years it was raced by the famous Belgian teams Ecurie Francorchamps and Equipe National Belge – hence the yellow stripes on its silver bodywork.

This 250 GTO also finished fourth in the 1963 Le Mans 24-hours, driven by Pierre Dumay and Léon Dernier, and won the prestigious but tough ten-day Tour de France road race in the hands of Lucien Bianchi and Georges Berger in 1964. In 1964–’65 alone it competed in 14 events, including the Angolan Grand Prix in Africa.

It went on to be raced in Spain from 1966 to ’69 by owner/driver Eugenio Baturone.