Allen Zondlak from Detroit began to travel to every county in the USA, starting in 1955, for 36 years. He visited every county in America. He oughta run for president, as he's seen more of this country than anyone else probably ever has 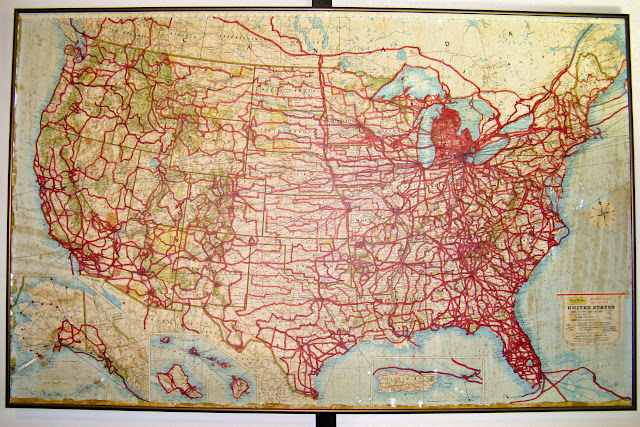 he even went to the Hawaiian islands, the parts of the USA only accessible through Canada, and Mackinac Island and Isle Royale!

there are 3,143 counties including parishes, boroughs, census areas, independent cities and the District of Columbia.

Zondlak said he never really planned to reach every county. But when he had hit half of them by 1979, he decided to go for broke.

"He estimates he has covered 400,000 miles on the ground and 300,000 in the air. In a 17-day whirlwind trek through Alaska, he took three ferry boats and 23 flights. He once drove 50 miles out of his way through a blinding snowstorm to visit one county in Ohio. He said booked discount air fares and stayed at budget motels, but he lost track of how much he has spent."