After the success of the Higgins landing craft, the adaptation to the US Army's LCVP (landing craft, vehicle, personnel) was the bow ramp, JC Higgins saw the future and went on to make camper trailers and PT boats 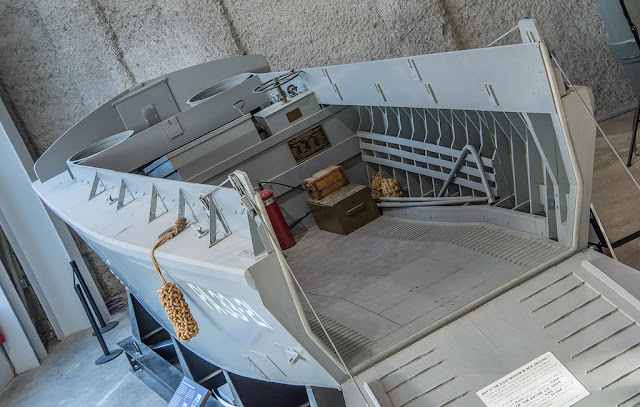 The United States Marine Corps, always interested in finding better ways to get men across a beach in an amphibious landing, and frustrated that the Navy´s Bureau of Construction and Repair could not meet its requirements, began to express interest in Higgins' boat. When tested in 1938 by the Navy and Marine Corps, Higgins' Eureka boat surpassed the performance of the Navy-designed boat and was tested by the services during fleet landing exercises in February 1939.

Typically constructed from plywood, this shallow-draft, barge-like boat could ferry a platoon-sized complement of 36 men to shore at 9 knots. Men generally entered the boat by climbing down a cargo net hung from the side of their troop transport; they exited by charging down the boat's bow ramp. 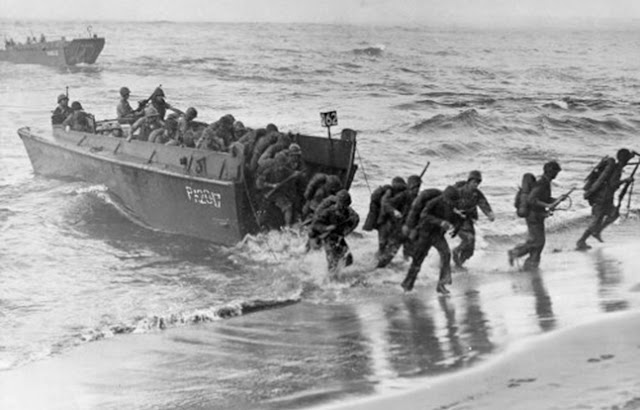 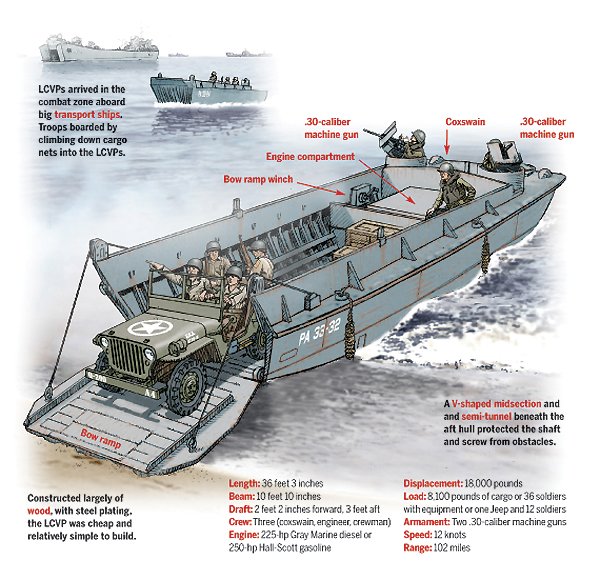 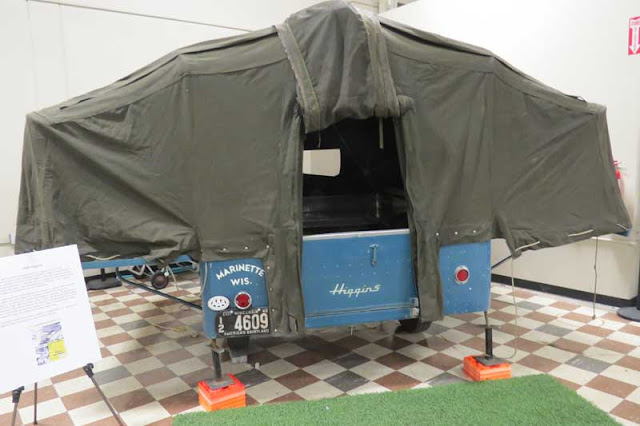 Dr. Stephen Higgins was the man who helped win the war.

No less an authority than the Supreme Allied Commander, Dwight Eisenhower, declared the Higgins boat to have been crucial to the Allied victory on the European Western Front and the previous fighting in North Africa and Italy: "Andrew Higgins ... is the man who won the war for us. ... If Higgins had not designed and built those LCVPs, we never could have landed over an open beach. The whole strategy of the war would have been different."

His ship building company designed the Higgins Landing Craft that facilitated seaborne invasions and in 1943 92% of the US Navy consisted of ships and boats designed by Higgins Industries of which many were built at one of their 7 plants located in New Orleans.

After the war, he applied this skill toward a small, expandable tent trailer. Manufactured only in 1946 and 1947, Higgins camp trailers are extremely rare and collectible.

How have I never came across a Higgins Camp Trailer before? 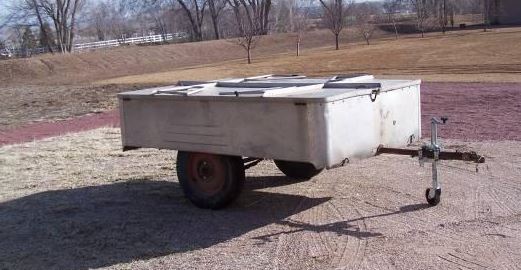 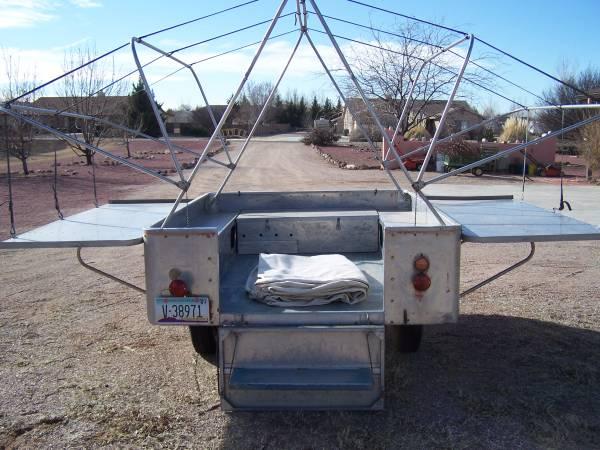 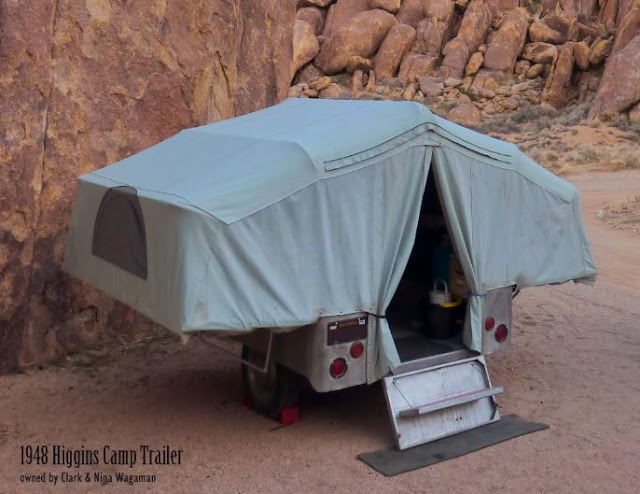 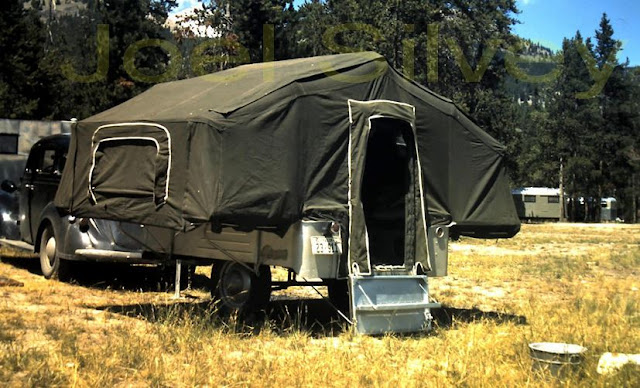 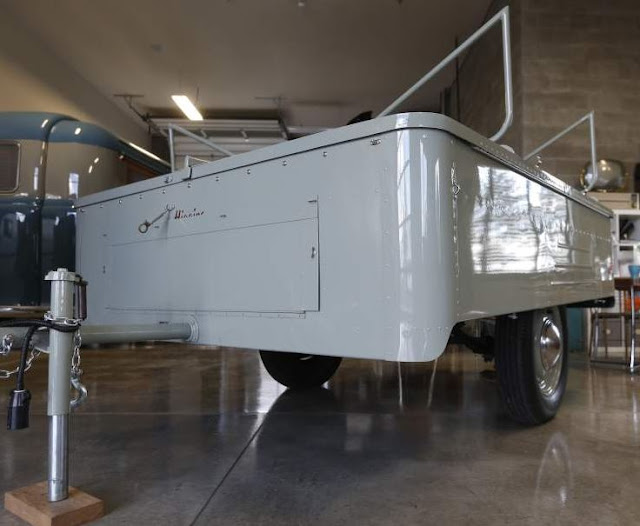 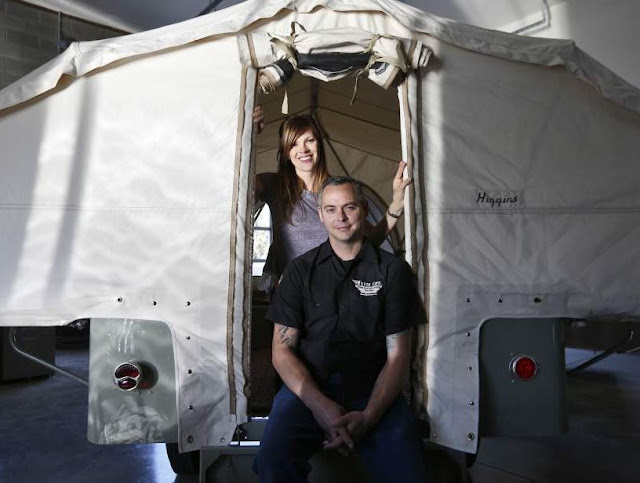 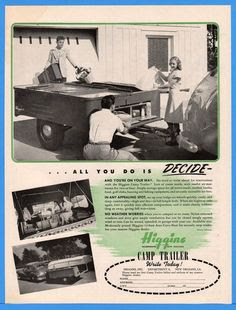 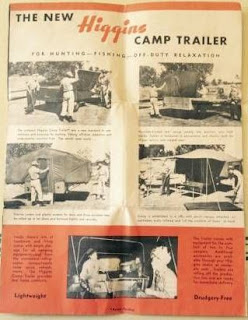