A Super Duty Tempest, winner of the first ever NASCAR Challenge Cup in February 1963, a 250-mile race at the Daytona oval for GT race cars with engines smaller than 427.2 ci displacement. 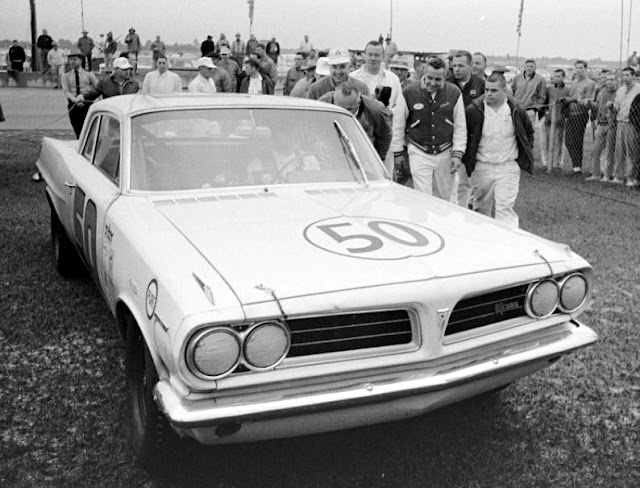 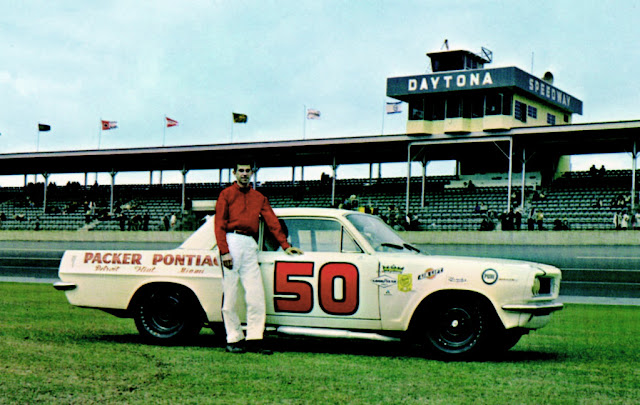 Bunkie Knudsen had taken Pontiac from the old man brand to the dominant racing brand in a short amount of time and when 1963 rolled around, the Poncho skunk works was in full swing for the upcoming season.

The Super Duty part were ALL available for order at any Pontiac dealership, “by anyone with the money to do so”. In 1962 to early 1963, before the infamous GM “racing ban”, Super Duty cars were produced on the assembly line and could be ordered by the public from any dealer, albeit for a very hefty price in early 1960’s dollars.

There were 12 Super Duty Tempests produced in December of 1962 for the 1963 model year, sold them to the “right people” six of the cars were Tempest station wagons and six were Super Duty Le Mans coupes. Of all these cars, the only one that didn’t end up on a drag strip was the car that Goldsmith drove which was delivered to Ray Nichels Engineering, Merrillville, Illinois.

The real genius in these cars was the rear mounted trans-axle that made Goldsmiths life easier when trying to get this car to turn and stay stuck to a race track. The four forward speeds were achieved by ingeniously stacking a pair of Pontiac two speed Tempest Torque units. Goldsmiths car did not use a torque converter like most of the other SDs did. His used a clutch to get the car moving but once it was under way he was able to knock through the gears without using the clutch.

Paul Goldsmith put the Pontiac on the pole. Running in the rain against Ferraris, a slew of Stingrays, Jags, and Porsches, Goldsmith leapt to the front of the pack and never looked back—lapping the European exotics, including a Ferrari GTO he lapped eight times.

By the time the checkered flag flew, Goldsmith had lapped the second place finisher, AJ Foyt in a Corvette, twice. Yes, he won this race by five whole miles.

From here, it was entered in the Continental road race the following week also at Daytona, but didn’t finish. Soon, Mercedes purchased it for competitive reconnaissance, and it was never seen again.

Nichel's Engineering’s next engineering milestone was the development of the Nichels Chrysler Hemi in late 1963, early ’64. The results of his work were evident when Goldsmith set a new world’s closed-course stock car speed record of 174.910 mph, taking the 1964 Daytona 500 pole at almost 15 miles per hour faster than the 1963 Daytona pole-winner Fireball Roberts’ qualifying speed of 160.943 mph. 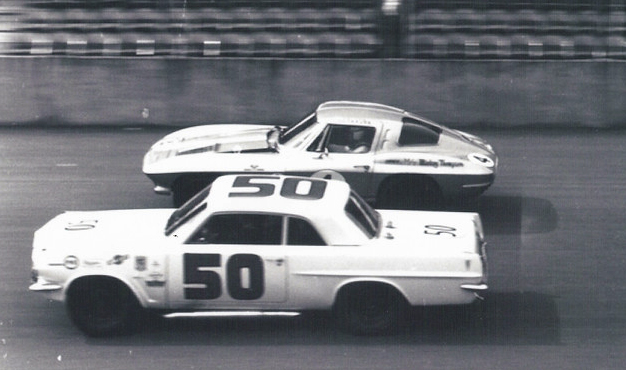 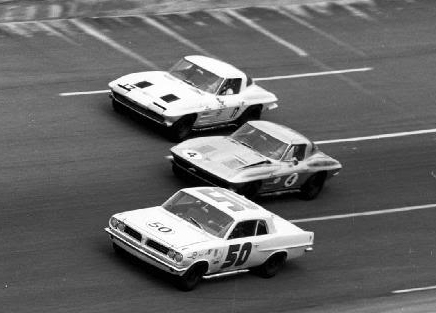 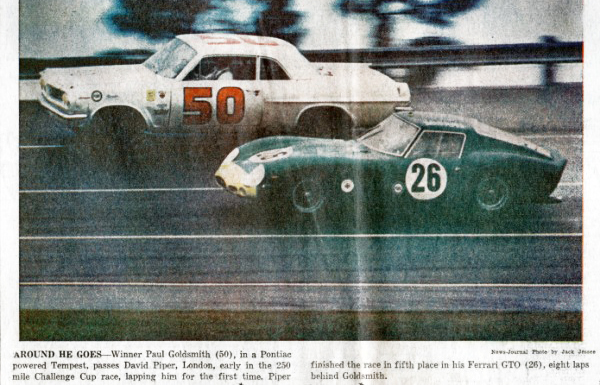