the cartoon genius of Stan Mott 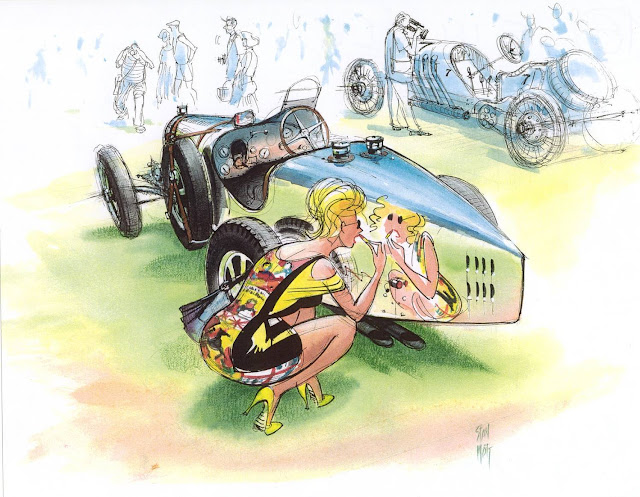 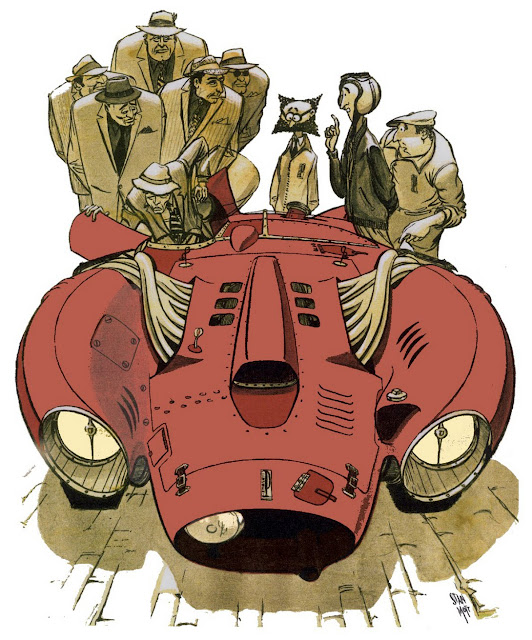 This was the first in a series of six "Pignatelli" articles by Robert G. Lurie. Basic theme: Innocent American-Italian sports car driver is coerced by Mafia relatives to unknowingly smuggle cocaine into the U.S. This was a particularly delicious assignment as it allowed me to design ferocious sports cars of my dreams! 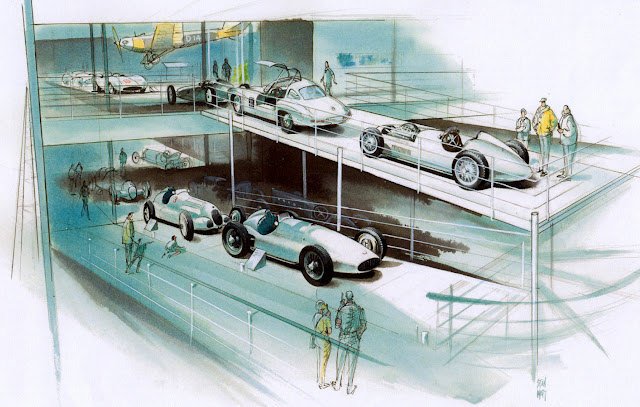 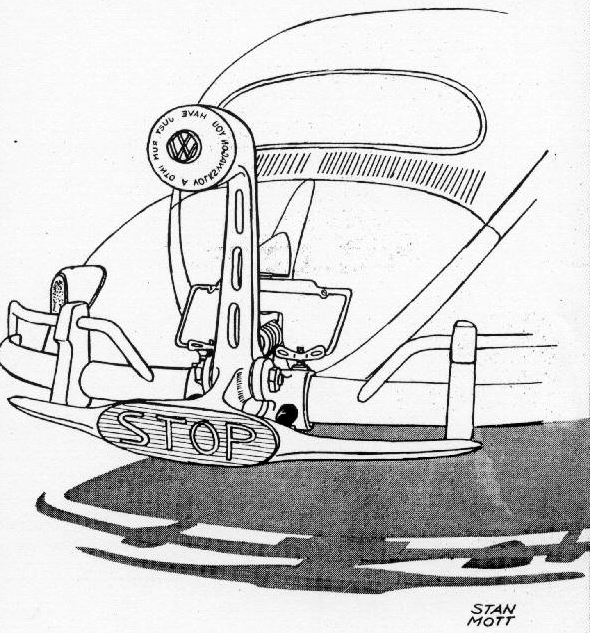 The Volkswagen Hammer
Created with Robert Cumberford, text by Cumberford.
Sports Cars illustrated, July 1958
AT LAST! A truly practical accessory for your VW

Tired of finding dented bumpers and guards when you return to your parked VW? Here's a really effective solution from Improbable Industries.

The VW Parking Hammer should bring an end to your problems. Fastened to your rear bumper with the sturdy built-in clamps, its imposing appearance intimidates the driver of even the largest and most powerful cars. A large, legible warning to STOP is formed integrally with the actuating plate.

If anyone is so injudicious as to put any excessive pressure, on this plate, it will move forward far enough to release a simple pawl type safety catch. The catch, being released, no longer restrains the heavy coil spring, heart of the device. With the spring exerting its full power, and gravity lending its valuable assistance, WHANGO!

There is a gratifying loud crash as the indestructible tool steel head strikes home. The careless driver will be appropriately astonished as he sees a happy baby face smiling up at him from the tremendous dent in the top of his hood, offering the cheerful admonishment "too close." His astonishment will in no way be lessened when he discovers that the hammer's face contained razor sharp reversed letters which have permanently inscribed in his hood the legend "You have just run into a Volkswagen." 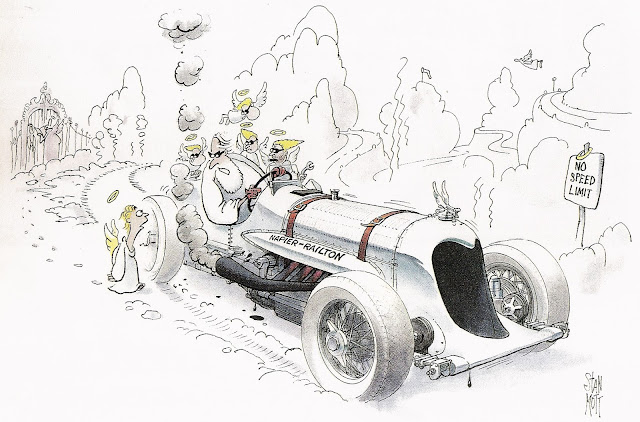 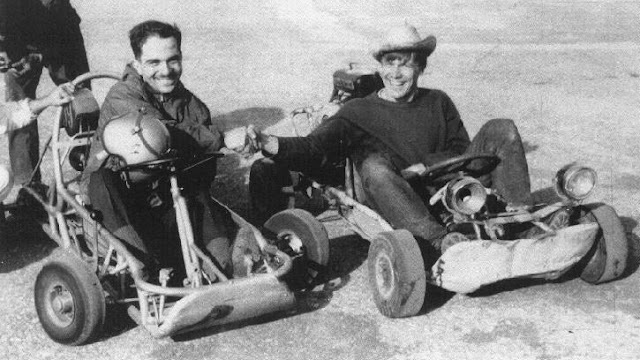