David Pearson's one of one Cobra Torino 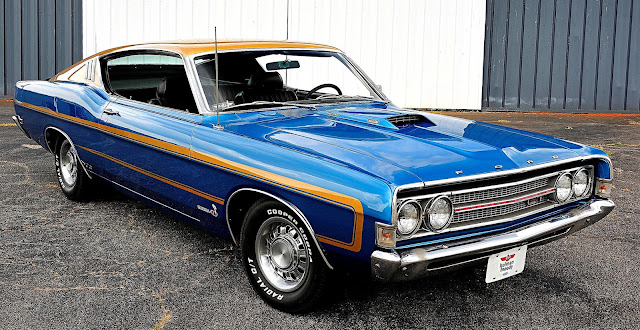 In 1969, David Pearson drove Holman Moody’s No. 17 Ford Torino to a second NASCAR Grand National championship in a row.

Under the hood was a 428ci Cobra Jet V-8 backed by an automatic transmission. The Torino was originally built with 3.70 rear gears, which Pearson changed to 3.10s for highway driving. The interior was fitted with bucket seats and a column shift. 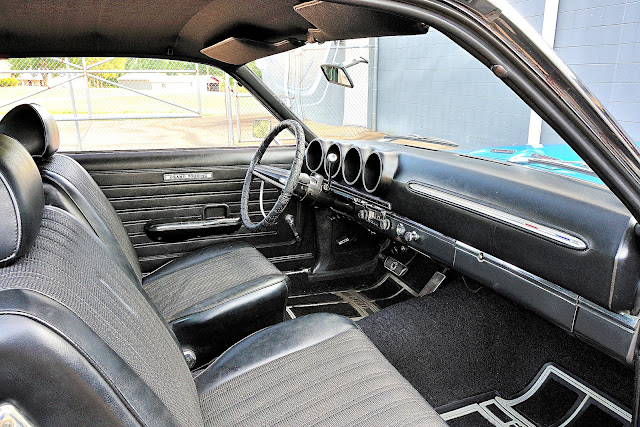 Ford’s Lorain, Ohio, assembly plant built the Torino Cobra and applied the special blue metallic paint. It was then shipped to Holman Moody, where gold paint was sprayed to the upper portion of the car and a spoiler was mounted on the trunk lid. The shiny aluminum spoiler was not a random part from inventory or pulled from a parts bin; it was an actual spoiler from the No. 17 Holman Moody Torino race car Pearson piloted. 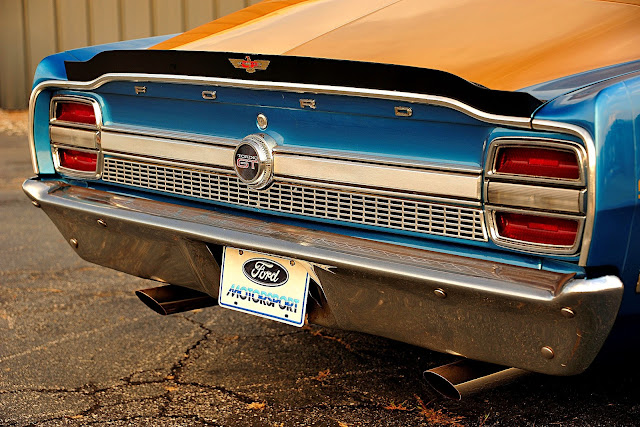 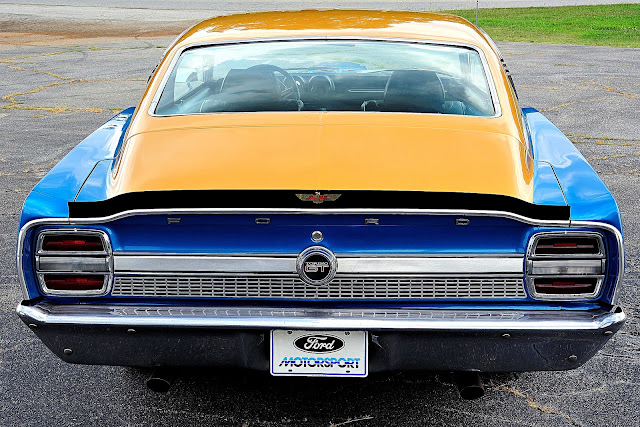