in 1960, in 6th grade, Greg Peek met Roy Leslie as part of a 6th grade project. 9 years later, the Peek Brothers roadster was on the cover of Hot Rod, in one of the best HRM covers ever 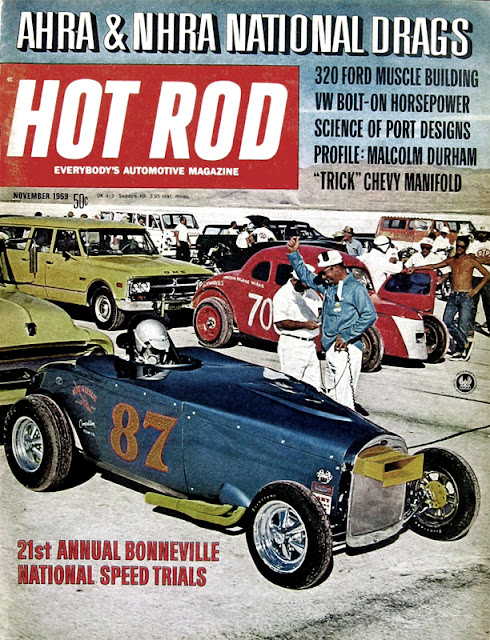 the class project was to interview three adults who did something you might like to do when grown.

Roy was a successful businessman, obviously enjoyed many successes in racing and just happened to enjoy taking young boys under his wing.

Greg was a fortunate 12 year old kid!  If you ever had the opportunity to see a Kenz and Leslie race car you can appreciate the level of professionalism and finish that was
The Peek Brothers first exposure to Bonneville was in 1964, after hanging around Jack Richards during most of the summer nights in a garage in Golden, Colorado helping Jack get ready for Bonneville.

Jack was a low buck racer with a red '29 highboy street roadster that needed a tow to Bonneville. Enter the Peek Brothers who found a buyer for their basket case '32 roadster. Sold that thing for $250, added another $112.60 to it and bought the 56 pick up seen behind our roadster in the HRM cover photo. It was a long three day trip to drive 600 miles in an expedition to Bonneville. 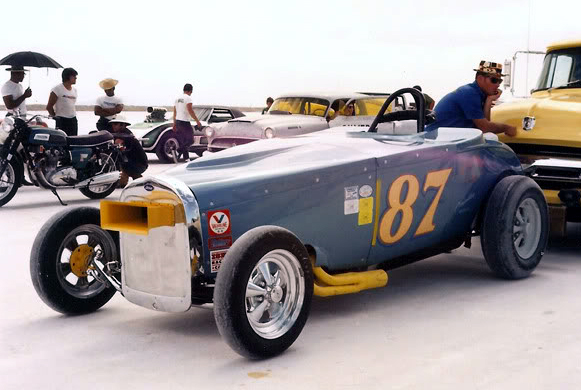