Don't watch before taking a nap... the future is now. Robots on wheels, that can jump. Warehouse workers across the world are suddenly obsolete if this thing can move things from shelf to shipping 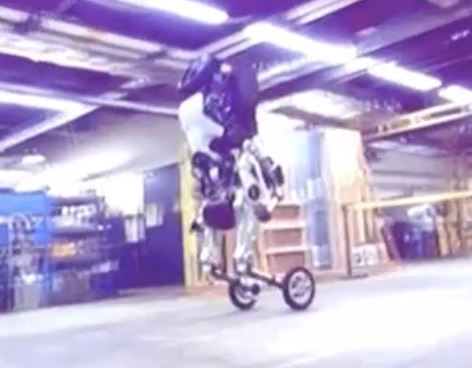 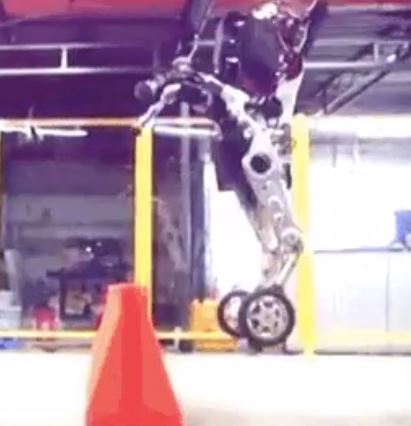 Boston Dynamics is best known for its bipedal and quadrupedal robots, but it turns out the company has also been experimenting with some radical new tech: the wheel.

The company’s new wheeled, upright robot looks like a cross between a Segway and the two-legged Atlas bot. It hasn’t been officially unveiled, but was shown off by company founder Marc Raibert in a presentation to investors. Footage of the presentation was uploaded to YouTube by venture capitalist Steve Jurvetson.

Raibert describes Handle as an “experiment in combining wheels with legs, with a very dynamic system that is balancing itself all the time and has a lot of knowledge of how to throw its weight around.” He adds that using wheels is more efficient than legs, although there’s obviously a trade-off in terms of maneuvering over uneven ground. “This is the debut presentation of what I think will be a nightmare-inducing robot,” says Raibert: