Behind this ordinary wall, inside a one bedroom apartment, a 1959 Ferrari 250GT PF Coupe was stored for 30 years in Hollywood. Look carefully, see the cracks in the wall? It's a hidden door with hinges 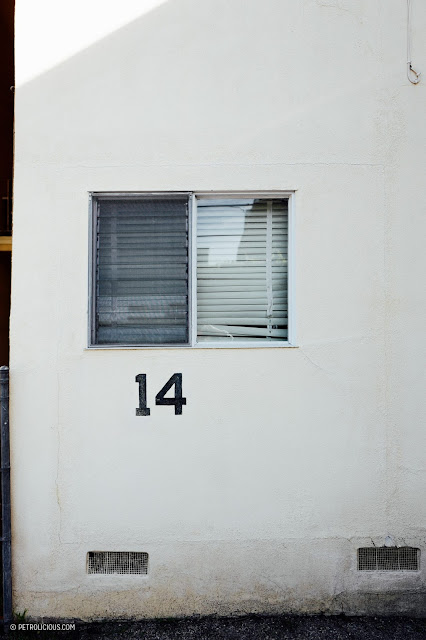 That window above, is the same window over the roof of the Ferrari 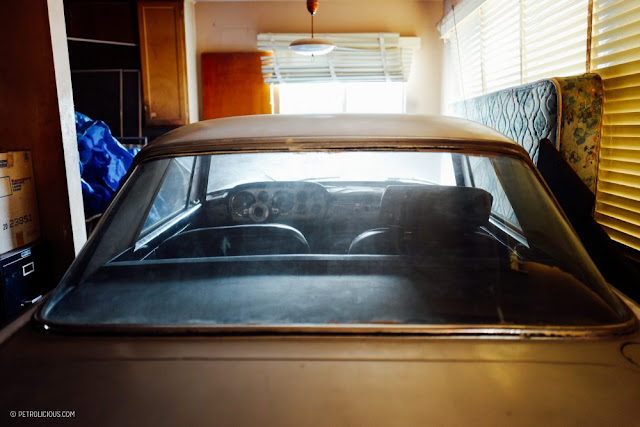 The apartment building owner bought the 250 GT in the 70s, enjoyed it for about 7 years, then decided to restore it, and needed a place for it to be out of sight and off the street while the engine was being rebuilt by the shop at Briggs Cunningham's museum.

So he cut out the wall and installed hinges for it's eventual return to the outside world, then rolled the car in, put the ramps in the apartment with the car, closed the wall, and with a fast coat of stucco and paint, instant - presto - chango.... the neighbors never realized the apartment was now a storage garage for a Ferrari. 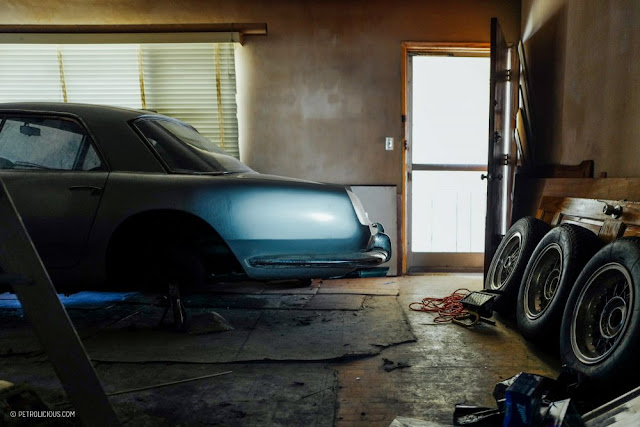 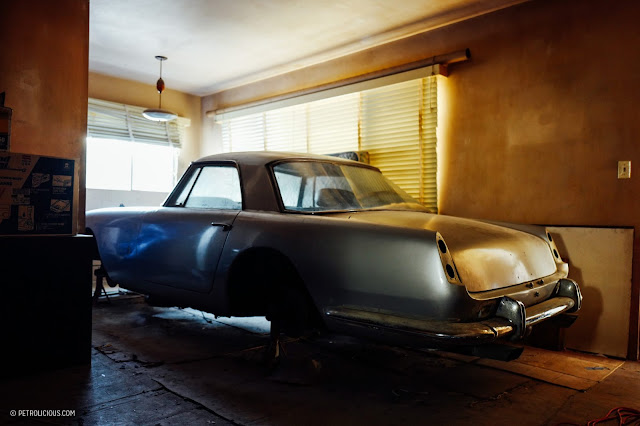 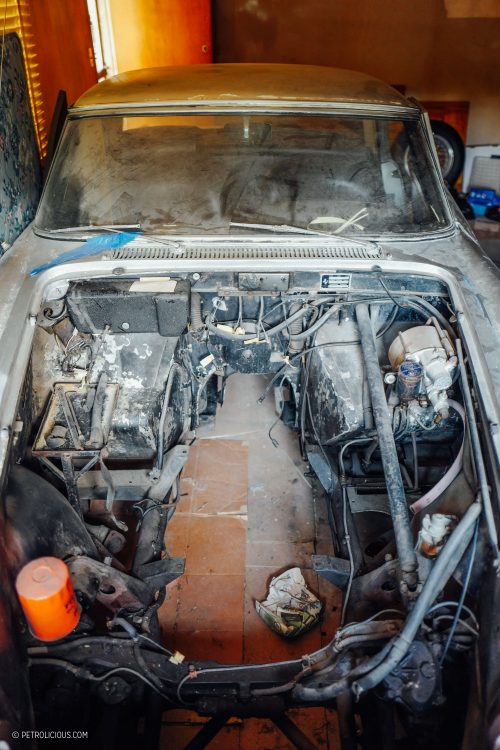 It was on the first floor in a one-bedroom apartment, against the dining room wall facing the driveway. What the building owner had accomplished was inspired by a comic book strip, included that in the binder of documents with the Ferrari paperwork.

He hinged the hole in the wall so it’s a whole wall with a window and blinds and everything. It swings open, and he lined up ramps and rolled the car in. Later he took the engine and transmission out, and took the wheels off.

To get the car out they had the door cut open, swung the wall out and the hinge system thankfully still functioned. They used the same ramps that were used to put the car inside, lined them up, and had about five people pushing the car out.

The tire pressure was intentionally getting the car out so the car wouldn’t easily roll away as the brakes are non-operational. The whole process took around five hours.