Tiffany and Co. made a garage in 1905, that was designed to be completely fireproof. No wood was used. They also switched from gas engine powered delivery trucks to electric 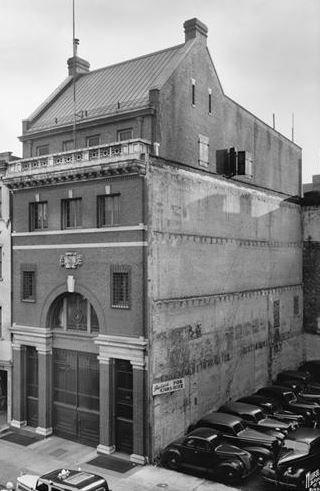 Then on March 12, 1904 The Evening Post reported that jewelers Tiffany and Company had purchased it "as the site of an automobile stable."

Tiffany and Company had been among the first of Manhattan's upscale retailers to switch from horse-drawn delivery wagons to motor-powered trucks. 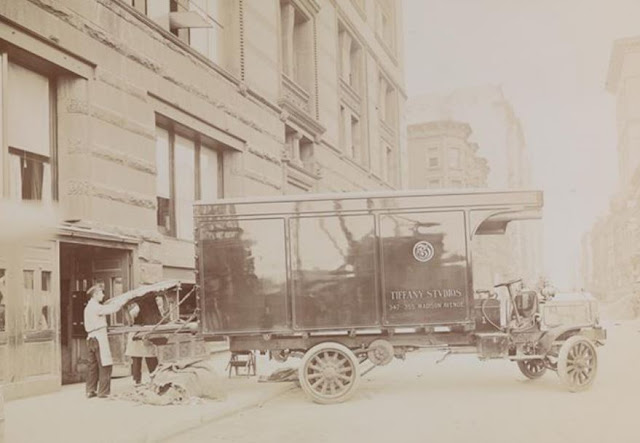 Its "automobile stable" project coincided with plans for the company's new marble Fifth Avenue store at No. 401 Fifth Avenue.

The architects filed plans for a four-story "brick and stone garage" at a cost of $20,000.

In its December 1905 edition Fireproof Magazine called the nearly-completed building "a fine example of an artistic and perfectly fireproof garage. There is not a particle of wood in it." It described the terra cotta walls over a steel skeleton, the separate enclosed elevator shaft, and the fireproof partitions between floors and rooms. "Nothing less than an explosion which would destroy the walls would permit the spreading of flames."

Cars were washed on the first floor where circular shower heads were installed in the ceiling. The building could accommodate as many as thirty wagons.

Tiffany and Company's trucks averaged trips of about 25 miles per day, at an average speed of 8 to 10 miles per hour. Every evening they were inspected and readied for the following day. 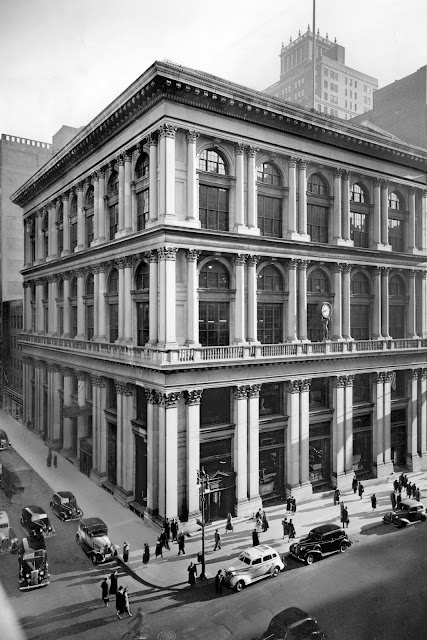 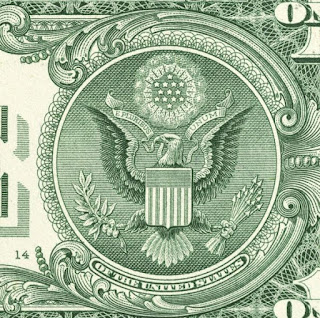 In 1885 Tiffany was responsible for the redesign of the Great Seal of the United States, which made the previously long and skinny eagle’s legs more muscular, apparently to match the country’s muscular ambitions. The design is still on the back of the currency.

Tiffany made the seven-pound Vince Lombardi Super Bowl trophy in 1967, the company also makes the silver cup for the United States Open tennis championships, the silver tray presented to the New York City Marathon winner, and the Belmont Stakes cup, among many others. Oh — and Tiffany designed the interlocking “NY” logo that became the inspiration for New York Yankees branding.