Somehow I posted this and missed it's significance 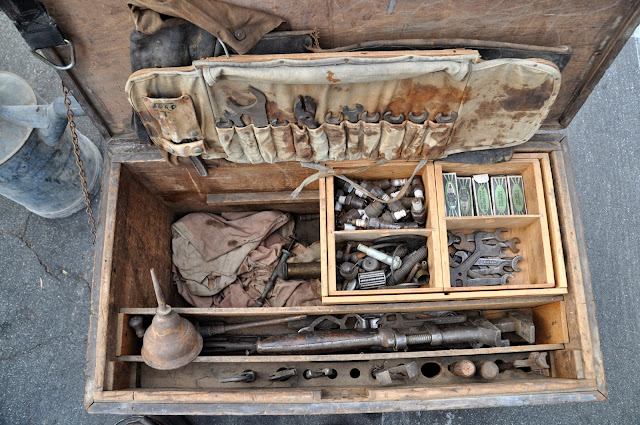 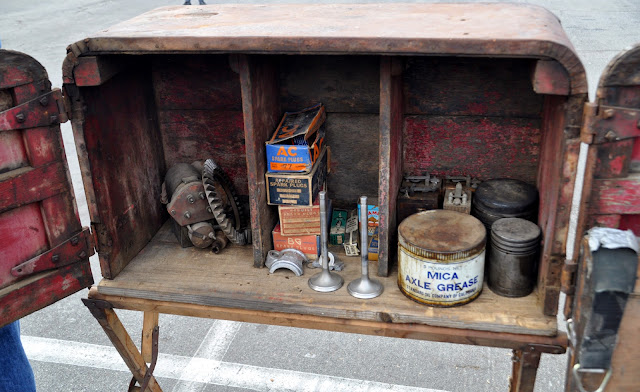 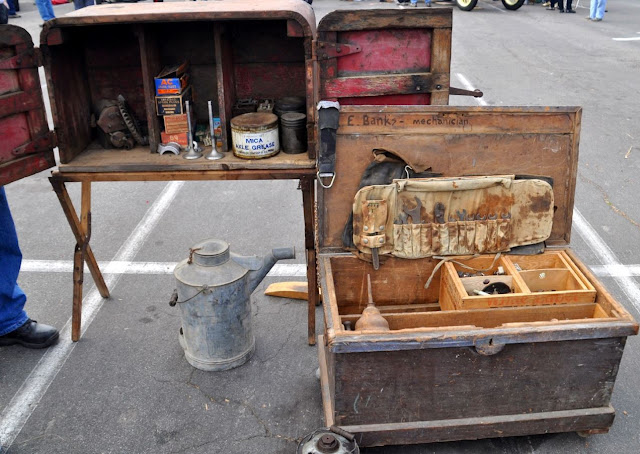 3 years ago I posted this racing EMF's pit stop tool kit and spare parts kit of E Banks, mechanician, but didn't catch on to it's cool factor of still being a part of the car's current display.

It does appear that the car was raced, stored and cared for, and survived a 100 years with it's mechanics tool chest and spares kept with it.

That, is pretty damn cool. http://justacarguy.blogspot.com/2015/01/some-of-100-year-old-cars-in-san-diego.html for the whole gallery including the car and some others that went for a 100 year anniversary ride around San Diego to commemorate the 1915 races
at Friday, May 18, 2018