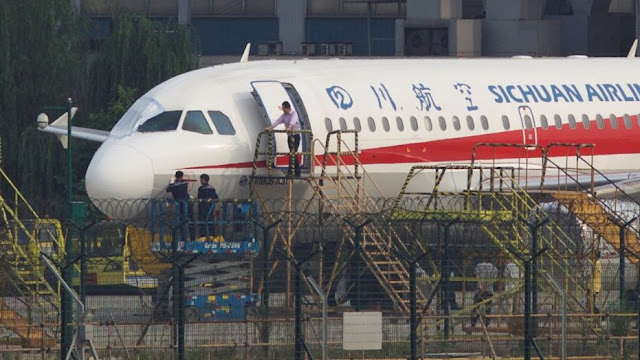 a half hour into the flight, at 32,000 feet, the windshield in front of the co-pilot broke, and he was “sucked halfway” out of the cockpit window after the window blew out, Reuters reports.

“Suddenly, the windshield just cracked and made a loud bang,” Captain Liu Chaunjian said. “The next thing I know, my co-pilot had been sucked halfway out of the window.”

He described a harrowing scene. He said anything that was not screwed down was “floating in the air.”

“I couldn’t hear the radio,” he said. The plane was shaking so hard I could not read the gauges.”

The co-pilot was wearing a seatbelt and was pulled back in, suffering only minor injuries, the report said.