Dot Robinson, daughter of the founder of Goulding Sidecars, owner the Harley dealership in Detroit in the 1930s, and in 1935 set the sidecar transcontinental record from New York to Los Angeles with her husband 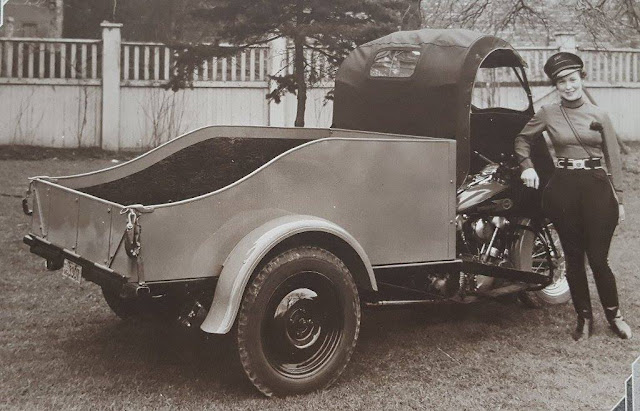 James Goulding was born in England in 1885, and then his family emigrated to Australia in 1889. James grew to be an energetic and ambitious worker and had his own home building business (and his first Harley-Davidson) by 1908.

James designed his first sidecar to haul his building tools in Melbourne, Australia.

In 1915, he had his sidecar manufacturing business well underway. In 1911, he married and a year later their daughter Dot was born, one of motorcycling's most famous women. She wasn't born in a sidecar as legend has it, but her mother was rushed to the doctor in a 1911 Harley belt-drive motorcycle with a Goulding sidecar.

By 1917, Goulding Sidecars were the primary brand in Australia and New Zealand.

In 1920, James decided to introduce his product in America. He did this with a 12,000 mile tour of the U.S. using a 1917 Harley "J' Model 1000cc with his sidecar. One part of this tour was a transcontinental run from New York to San Francisco.

James had made contact with many motorcycle business's during his cross country run, and a couple years later the Goulding's moved to Milwaukee and went into business making sidecars.

1926 found the Gouldings relocated to Saginaw, Michigan where James built his sidecars and had a Harley-Davidson Dealership by the late twenties. The Great Depression seriously interrupted his success but he would not give up.

In 1928, Dot was in high school and working part time at her Dad’s dealership. A Saginaw area farm boy came into the shop to buy oil for his 1925 HD JD motorcycle. He was so taken by Dot that he took to hanging around the shop until he was hired to be a mechanic and sent to the Harley Factory for his training.

Dot earned her first trophy in 1930 at the Flint 100 Endurance race.

In 1931 Dot and Earl were married and were running the Harley Store. Their enthusiastic promotion of motorcycling was noticed early on by the Harley-Davidson management.

While at the Harley Factory in 1932, they were approached by Arthur Davidson who told them he was impressed with their energy and enthusiasm, and asked if they would be interested in buying their Dad’s franchise as he was really more interested in his sidecar company.

Mr. Davidson asked how much they thought it was worth, and after figuring about $1500 for parts inventory and another $1500 for used machines, Mr. Davidson gave them a check for $3000.... they paid him back within a year. That's how things used to get done back when people were honest, hard working, and reputable.

In 1936 they moved their Harley Franchise to Detroit where they became one of the top selling Harley dealers for many years.

Dot and Earl were both winning competition endurance runs in the early 1930s, and in 1935 they set two transcontinental records, New York to Los Angeles. 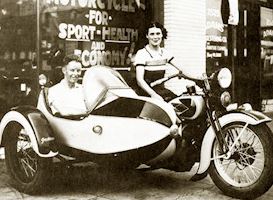 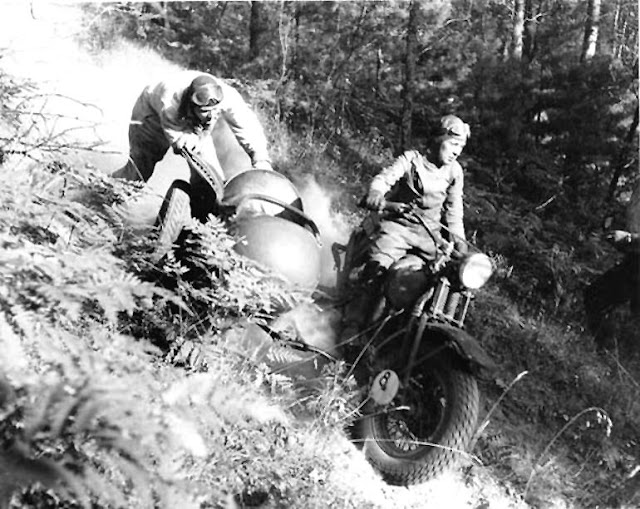 By 1940, Dot won the famous Jack Pine in the sidecar class, becoming the first woman to win in AMA national competition. She repeated the feat in 1946. 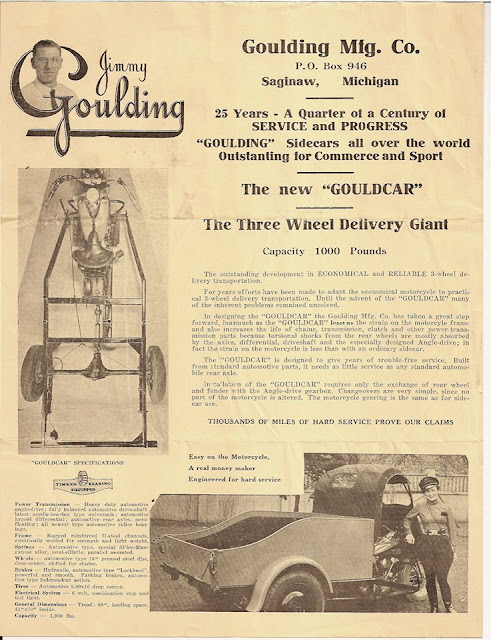 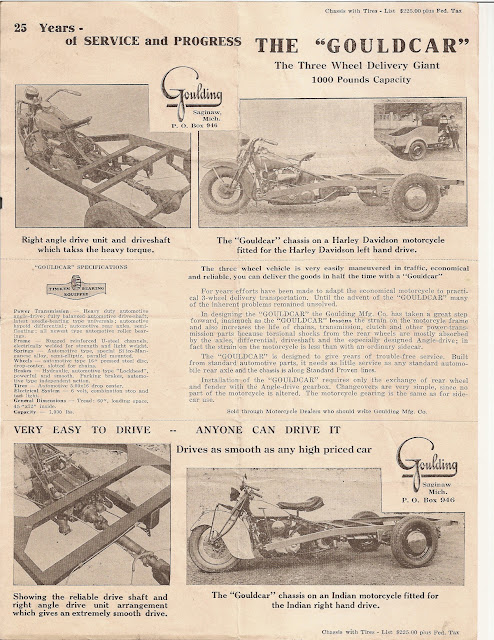