did you know that the DeTomaso brand was sold off, and traded many times since Don Alejandro's death? 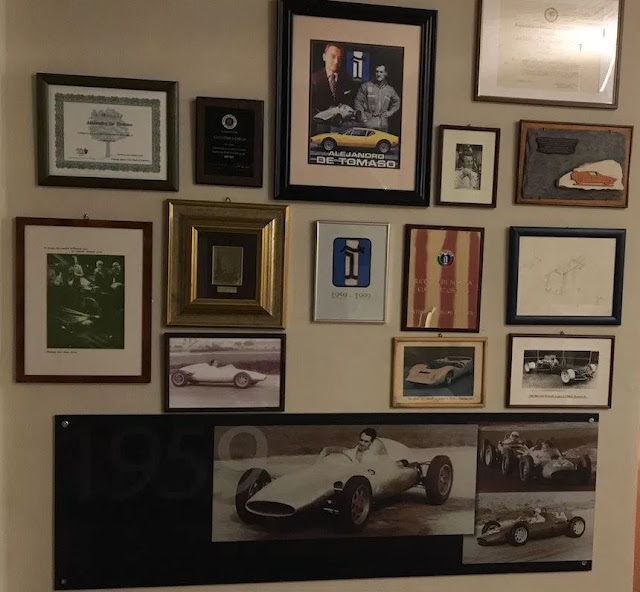 After the bankruptcy of the company after the death of Don Alejandro, the rights of the brand passed from hand to hand.

Until finally the Italian businessman Gian Mario Rossignolo, who was sentenced to house arrest for an embezzlement of almost 20 million euros for the diversion of funding from the Italian Government and the European Union.

So then an  Italian Court sold the rights to ownership of the De Tomaso brand to the Chinese group Ideal Team Venture for one million euros.

Don Alejandro was born in Argentina, and exiled for political reasons in 1955. His son Santiago joined him and settled in Italy in 1973. In the 1990's they bought a 500 year old convent in the center of Modena, and created a hotel.

CanalGrande was inaugurated a hotel of classic style, and after his death in 2003, the hotel is run by his son Santiago , who is also in charge of guarding his father's collection of cars.