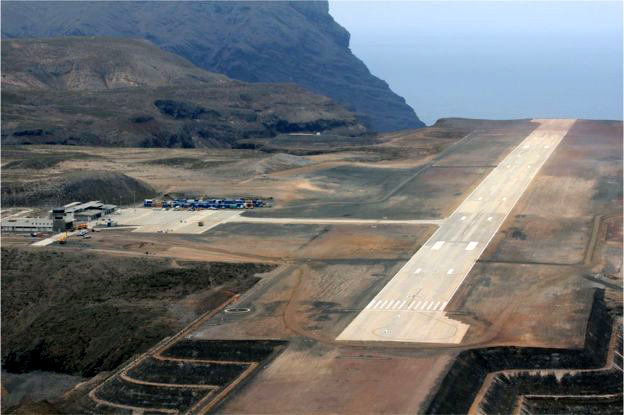 The virgin flight, an SA Airlink service from South Africa, ends the island's long-standing reliance on a ship which sailed every three weeks.

It is hoped that the service, funded by the UK, will boost tourism and help make St Helena more self-sufficient.

But British media have dubbed it "the most useless airport in the world", mostly because the British taxpayers paid for it, and have no use for it