Fifty years after its debut at the 1967 International Automobile Show in New York City, the the Gyro-x will re-emerge at the 2017 Pebble Beach 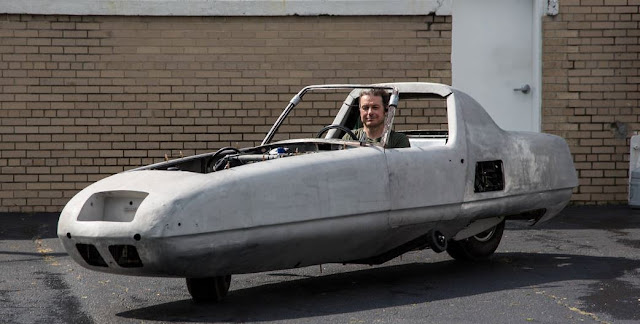 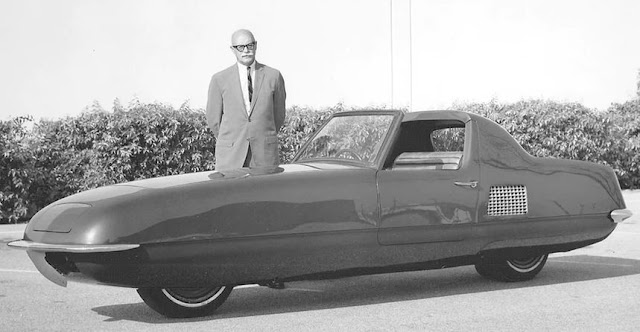 Since it's failed push toward production, and it's years of being stored and flipped, the stabilizing gyroscope was removed, a third wheel was added, and a Type 3 VW engine and transaxle replaced the original Cooper engine and chain drive.

About 9 years ago, it re-emerged, offered for sale by John Needham, a Las Vegas musician who was also known by his stage name, John Windsor. Needham did not know the car’s identity; now minus its gyroscope, the Gyro-X had been converted to a trike, with a mid-mounted flat-four engine and gearbox from a Porsche 914 driving the (now) two rear wheels. Needham had obtained the car around 1994 as collateral for a debt that went unpaid; in 2004, he put up a YouTube video, seeking anyone who knew anything about the car.

In 2009, a collector saw the bastardized car in a YouTube video, purchased it and told his collector friend Jeff Lane what he had.

“He knew I loved the thing when he got it and he called me after a year and said, ‘I’ve decided it’s too much.’” says Lane, president of the Lane Motor Museum in Nashville, Tennessee.

Once the restoration was underway, and the frame and engine were nearing completion, the challenge was to get a gyro, and someone to integrate it into the car.

That's not easy to find, but eventually the Lane Museum found Italian company Agency Impianti that specializes in gyroscopic stabilization of large yachts. Impianti founder Stefano De Simoni visited the museum to assess the challenge and draw up plans in 2015, and returned with a gyroscope a year-and-a-half later to do the install. 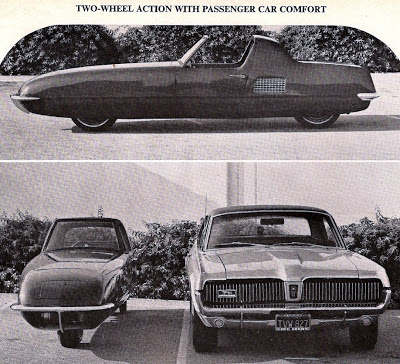