Chicago area Cadillac dealership getting cranky about the strike, rolled the tool boxes outside 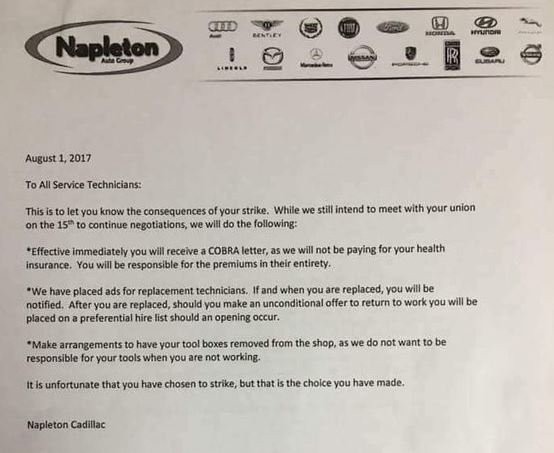 A strike by more than 1,700 mechanics at 130 dealerships across the Chicago area (of about 420)  entered its third day Thursday with little sign of movement from either side.

The union has been bargaining with the New Car Dealer Committee since June, having decided on the union position platform in March  http://www.mech701.org/saa.html  citing uncompensated time, unacceptable schedules, unsatisfactory pay, and no opportunities for career progression as its chief complaints. Deadlocked since negotiations began, the union decided to halt all work at the beginning of August

Mechanics are hoping for an assurance of 40 hours per week and pay less dependent upon productivity/upselling, claiming there isn’t always a vehicle waiting for them in the service bay. The union calls the pay structure “draconian” and accuses it of “prohibiting [its] ability to attract young, aspiring mechanics to enter the auto repair profession.”

So far, dealers have offered a 5 percent annual pay increase over the next three years to bolster incentive-based pay. Sloan said workers “overwhelmingly” rejected the proposal.

Brian Ilic, a mechanic on strike with Local 701, said dealer management made their offer to the union on July 31st, the same day the previous contract expired. “I feel they thought if we were given a last minute decision we would take the subpar offer and not strike,” he said. “None of the industry problems we asked to address were even addressed.

Extended warranties on vehicles that need less work overall means more of the wrenching done at dealerships is paid at automaker rates, rather than higher customer-pay rates. “This makes the incentive rate harder to achieve,” Ilic concluded.

The pay proposed pay increase was based on productivity levels that were "easily attainable 15-20 years ago" but not now. Since then, he said, automakers have cut back approved labor times for numerous categories of work.

Consider this reality, vs the proposed pay raise based on productivity.....  the most productive technicians are the ones doing simple brainless work that pays 2-3X what difficult skill jobs pay.
A guy can make 20hrs in a 8 hr shift changing spark plugs, while another guy in the same shop will spend 8hrs diagnosing a broken wire in a circuit and only get paid .5 of an hour.

Unattractive pay rates coupled with the inability to progress or achieve a long-term profession in the field are drivers of mechanic frustration, said Sam Cicinelli, Local 701 directing business representative, in the statement.

And, lets take a open view of the dealership mechanic... it's not the same as the mechanic in the tv show Taxi.... one make and model, fix and repair, until you've memorized the part numbers.

Nope... cars now are far more complex due to the range of technology that exists - electric or hybrid, natural gas, hydrogen fuel cell etc just a couple examples of the variety that come into a dealership.

Also, a Dodge dealer tech gets a Hellcat, but will likely also work on Fiats. A Toyota or Nissan tech will have electric cars, and hybrids, and off road trucks. Ford tech will have Mustangs, or aluminum trucks, and Raptors. A wide variety.

And replacing a thermostat isn't the simple job our grandparents could do with a screwdriver and bucket to catch the antifreeze.... 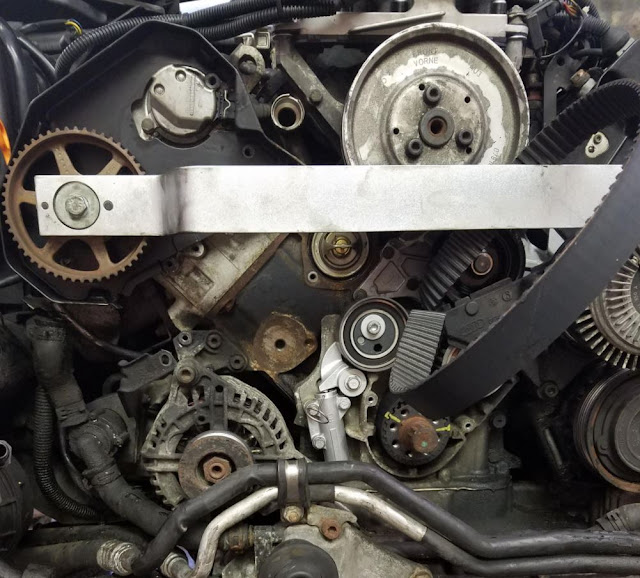 let me know if it takes less than 30 seconds to spot the thermostat in the above photo. You have the advantage of the covers already being removed. The mechanic had to do an hour or two of labor to get to this point. Then gets to put that damn serpentine back in place.... yippee

Get updates on the strike here:   http://www.mech701.org/saa.html 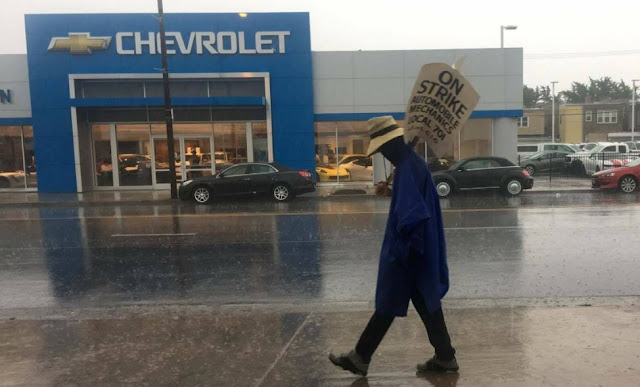 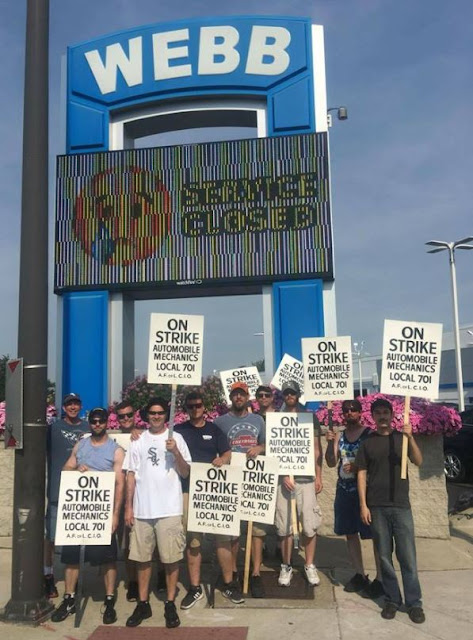 The contract includes “a significant wage increase across the board and the mechanics’ No. 1 issue of increasing their base pay two additional hours over the term of the agreement,” the union said.
It also addresses the advancement of semi-skilled workers toward a career path, shortens the apprenticeship scale from 10 to five years, fixes a break in seniority for a longer period if workers get hurt on the job, offers a more family-friendly work schedule to senior-level journeymen technicians, maintains the employee contribution for health insurance and increases tool insurance to cover up to $100,000, according to the press release.