Original owner of a '65 Mustang finally gets asked about it, and by his cousins kid, and passes it along - keeping it in the family, for $2500. 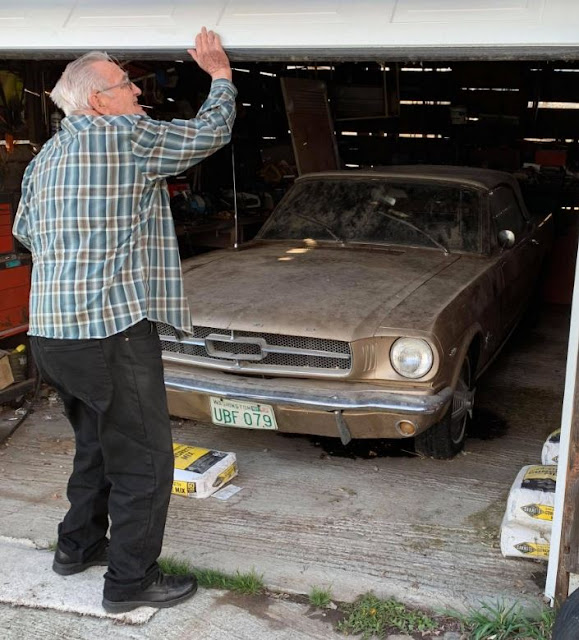 His Father’s cousin purchased this Mustang brand new for his wife to drive back in 1965. She drove it up until 1984

From Robert – So, I have been looking for a Mustang to restore for a while now. My dad and I were driving around and he decided to stop by his cousin Chik’s house.

He went up and asked Chik if he still had the car and he said, “I might have it somewhere”. So we walked out to this raggedy old barn and I figured they had to be messing with me, there couldn’t be a Mustang sitting in there. 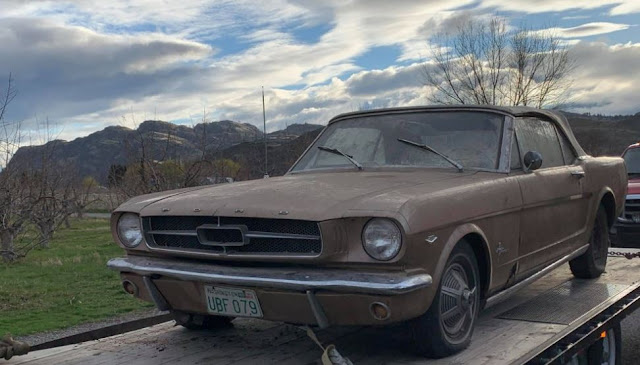 And when he opened the door, there it was! A dusty 1965 Convertible Mustang sitting there with a license plate dated 1985. Chik bought this for his wife brand new.  He wanted $2,500 and I didn’t even question it. I bought it!