Coffee and Donuts video! The first joy ride, and how Bertha Benz started a human race to get off horses, and into automobiles and create a gas station industry as well ! (Thanks Larry W !)

In a time when “car” was not even a word yet, and people relied on horses to pull their wagons, one woman challenged the status quo. To prove to the world that her husband’s invention was the future of mobility, Bertha Benz went on the first long-distance journey with an automobile, facing all kinds of challenges but stopping at nothing. 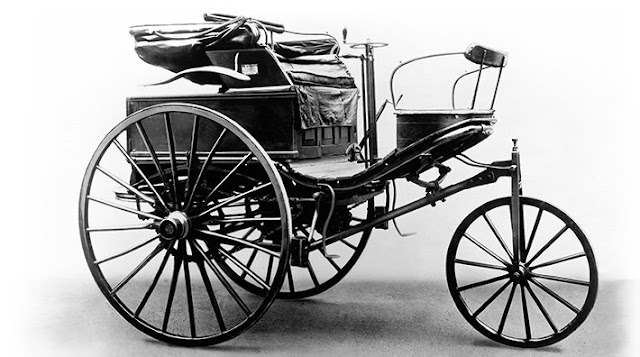 Bertha was born in 1849, into an age when women were denied access to higher education.

However, Bertha already became interested in technical matters at an early age. Whenever her father, a carpenter who had reached a position of considerable wealth, explained the workings of the locomotive to her, her eyes would light up.

When she was allowed to attend a school for high-born daughters at the age of nine, her favourite lessons were those on "natural science". She was all the more shocked when she read the following entry in the family bible one day: "Unfortunately only a girl again". The entry had been made by none other than her beloved father when she was born. According to the legend, this triggered her subsequent determination to show the world that the female sex is also capable of great things.

Bertha Ringer was attractive, clever and socially accomplished when she reached marriageable age. And from a wealthy family. There was a long list of suitors. However, fate decreed that during a coach excursion organised by the “Eintracht” club on 27 June 1869, a penniless young engineer joined Bertha and her mother in their coach.

When he brought the subject around to the horseless carriage on which he was working, young Bertha lost her heart to him. Despite his careless appearance and odd manner: Carl Benz was the man she wanted by her side for the rest of her life. 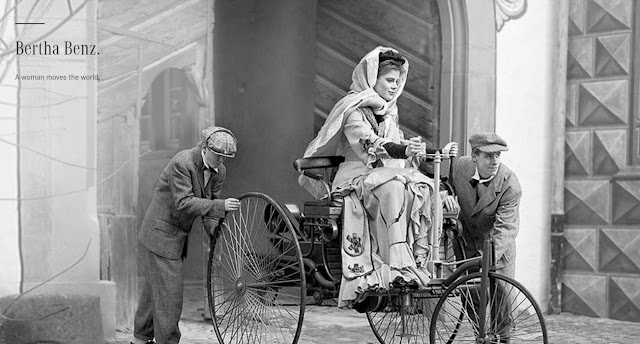