A high school robotics team in Farmington, MN built a customized toy car with pool noodles for bumpers, for a 2-year-old boy who can't walk on his own 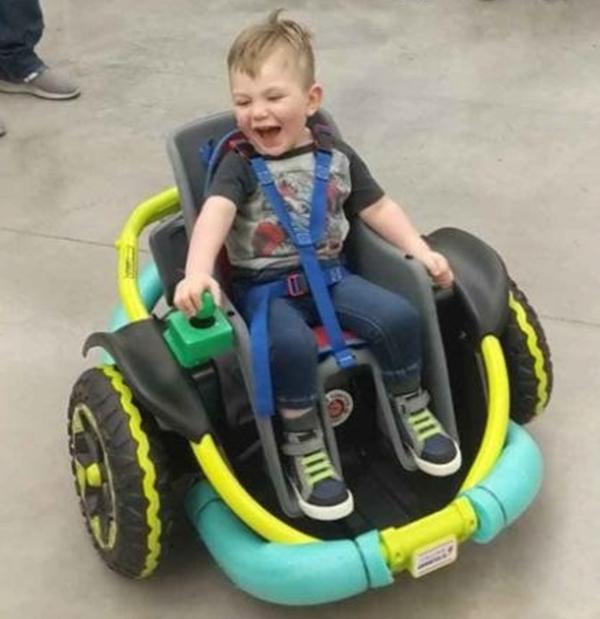 It all started when Cillian's physical therapist told his parents about a program called Go Baby Go, which provides modified toy cars to children with limited mobility.

They looked into it, but there wasn't a Go Baby Go chapter near the Jackson family's home in Farmington. And motorized wheelchairs can cost more than $1,000.

So the parents turned to the robotics team at Farmington High School and asked if the students would be willing to take on the project.

The students accepted the challenge.

Using plans and models from Go Baby Go, they got to work, modifying a Power Wheels toy car to fit little Cillian and give him more freedom in his movements. 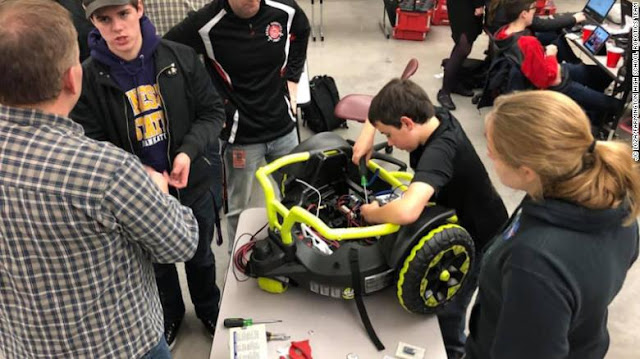 "In education in general we tell (students) we're giving you the tools to apply in the future and do something with this," Elvebak said. "Here's a perfect example of, 'Wow, I do have the skills to wire, code, program and approach an engineering challenge.'"

Farmington High freshman Alex Treakle worked on the main wiring of the car.

"I decided to get involved with the project because ... I wanted to help someone, and it felt really good in the end," Treakle said.

When he saw Cillian try the modified car for the first time, Treakle said, "The joy on his face really made my entire year."

The modified car allows Cillian to practice for when he eventually qualifies via insurance to get a motorized wheelchair, which he will need to attend school, his parents said.