13-year-old boy in Nevada did yard work, and traded in his Xbox to buy his mom a car 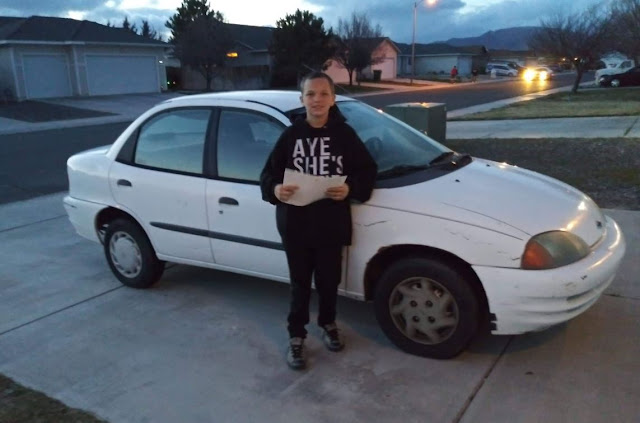 Nevada teen William R told KOLO that he had to take it upon himself as the oldest boy in his family to help his struggling, single mother make ends meet.

"I saw people on YouTube where they get their mom a car and then surprise their mom with that car, and then I wanted to do that," he said, in response to his mom suddenly becoming a single parent of 3, without a car

He turned to Facebook, where he saw a woman was selling a white Chevy Metro.

"It was really cheap, so I asked her if I could trade it for my Xbox or earn it, and at first she said no, and then she thought about it, and then she said yes."

He eventually told her what he'd done.

Krystal Preston said "I'm at this point confused, and sceptical and I said "go where?"

he said "with this lady."

And much to my surprise I go in my front yard and OMG there is a women standing there and as William said, she was giving us a ride.

William jumps in the car so I'm like ok?? This is some kind of joke right. No one speaks really.... So..... As I'm still thinking at this point still a joke.