the original transmitter for the pirate radio station "Radio City" off the coast of London in 1964 was from a WW2 Handley-Page Halifax bomber, and it was operated from the abandoned WW2 sea forts, to bring uncensored free rock n roll radio to the overly conservative British 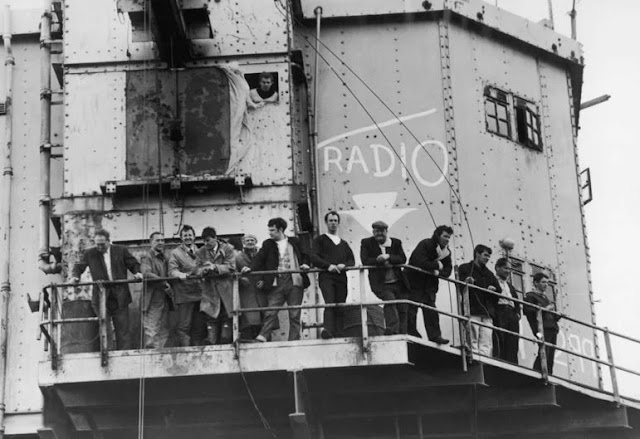 Ronan O’Rahilly, owner of the Scene club in London's Soho district and manager of a couple pop music artists, tried to get his artists records some air time, but, because the radio stations were already corrupted by greed, and ran only by "payola", he found no stations in Europe that would play anything that wasn't from EMI, Phillips, and Decca.

So he set about creating the pirate radio station Radio Caroline, which broadcast from a ship, the M.V. Caroline anchored in international waters off the coast of Essex, eastern England, outside British territorial waters, and therefore not subject to broadcasting laws.

He named it Radio Caroline, reportedly after seeing a picture of a young Caroline Kennedy dancing in the Oval Office that, to him, represented a playful disruption of authority.

Being free from the British authorities meant being free from record company and artist rights’ restrictions. Radio Caroline could import the American Top 40 format: playing the biggest hits repeatedly. “I remember hearing Tom Jones’ ‘It’s Not Unusual’ for the first time, thinking that it was terrific, that was probably the first pirate radio hit,” Blackburn tells TIME. The Rolling Stones, The Beatles, The Who, The Kinks all came after.

Sidebar of historical trivia:
O'Rahilly was manager of actor George Lazenby, who played James Bond in one film. During production of the Bond movie On Her Majesty's Secret Service, O'Rahilly talked Lazenby into refusing a seven-movie Bond contract on grounds that the James Bond character was out of touch with the times, and would not successfully continue into the 1970s. 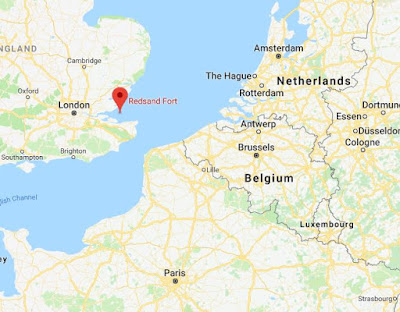 In 1964, following the launch of Radio Caroline, Screaming Lord Sutch  (founder of the Official Monster Raving Loony Party) started his own station in the Shivering Sands Army Fort, one of the abandoned Second World War Manusell Sea Forts off the coast of London 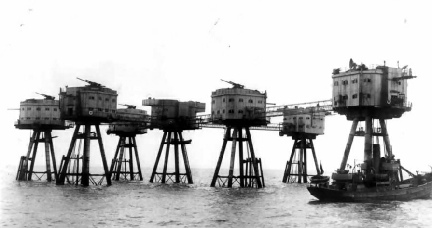 Broadcasting on 1542 kHz, Radio City was a low-powered, low-budget operation. The transmitter, from a Handley Page Halifax bomber, was powered with a cascade of car batteries, a scaffold pole with a skull-and-crossbones flag as an antenna.

By September 1964 Sutch had become tired of it and sold it to his manager Reginald Calvert for a reported £5,000. He upgraded the transmitter with a A US navy General Electric TCJ-7.

In Sept 65 Calvert started negotiations to sell to Radio Caroline, who sent a more powerful transmitter over to the fort, but it wasn't matched with the generators, which weren't able to supply enough power to run it, so, it was useless. The whole sellout/merger planes were scrapped, but, the transmitter was never off loaded and returned.

As lawmakers debated whether or not to act, there came one incident that “more than any other, forced the government into legislating against the offshore stations,” ex-pirate DJ Ray Clark wrote in his history of the ship, Radio Caroline.

During a heated dispute in June 1966 over a radio transmitter, Shivering Sands was occupied  by a boarding party from a rival radio group, pirate station manager and Radio City’s owner, Reg Calvert, was shot dead by Oliver Smedley, a former Liberal political figure turned businessman, when he went to Smedley's home to get the boarding party off the fort, and the radio station back on the air.

Smedley was later acquitted on grounds of self-defense, but the scandal freed the government’s hand to act with impunity but maintain the public good graces without seeming to be tyrants. “The extraordinary and tragic events of the past 24 hours have impressed on everyone… that piracy is piracy,” politician Hugh Jenkin told Parliament. The Marine Broadcasting Offences Act came into effect on Aug. 14, 1967, making it illegal for anybody to do business with or supply the ships from the U.K. However, this wasn't about confronting Smedley about the boarding party, it was only about shutting down the free uncensored radio station off the coast of London.

No one ever said who it was in collusion among the radio station staff that left the trap door open for the raiders to gain access to, and control of, the radio. Bribed, no doubt, by the business competition.

Following Reg Calvert's death his widow, Dorothy Calvert, ran the station, until it was finally prosecuted and closed on 8th February 1967 by re-drawing the territorial limits. 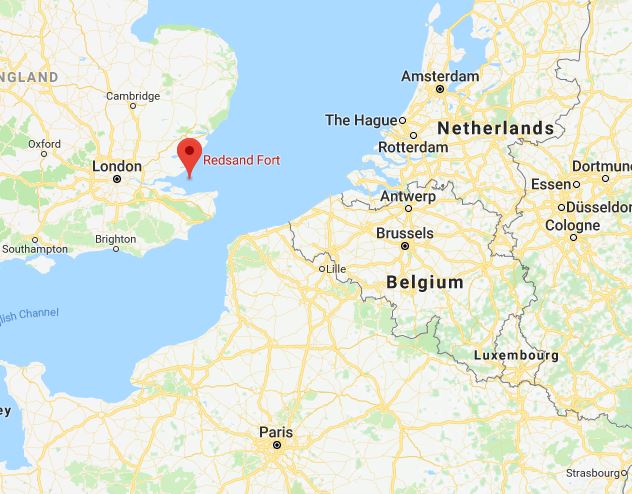