kids love to play on planes, and tanks, and boats.... playgrounds have been gifted with some cool stuff to please them accordingly 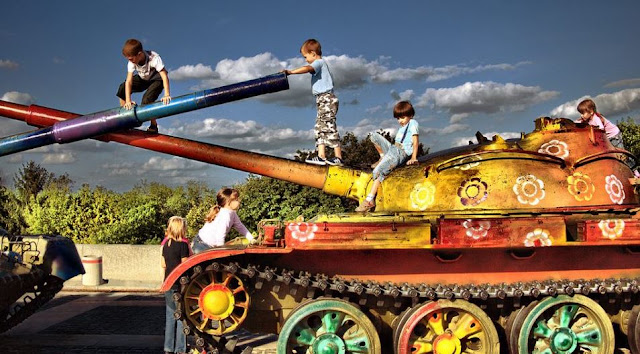 This pair of colorful ex-Soviet Army tanks are permanently caught in the crossfire, so to speak, in front of the Great Patriotic War Museum in Kiev, capital of the Ukraine. 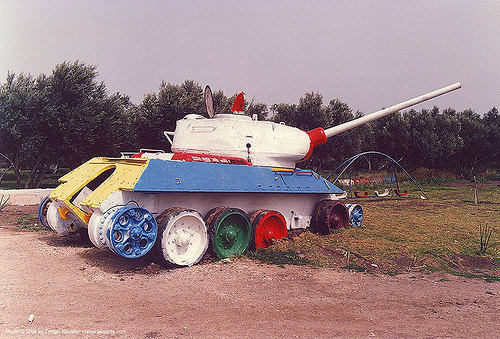 captured from Egypt in the 6 Days war in 1976, on a playground in Israel 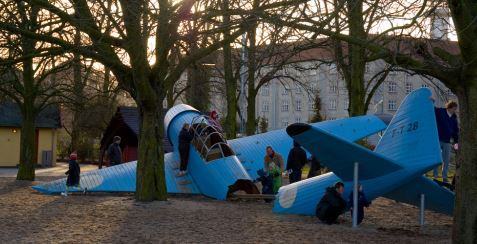 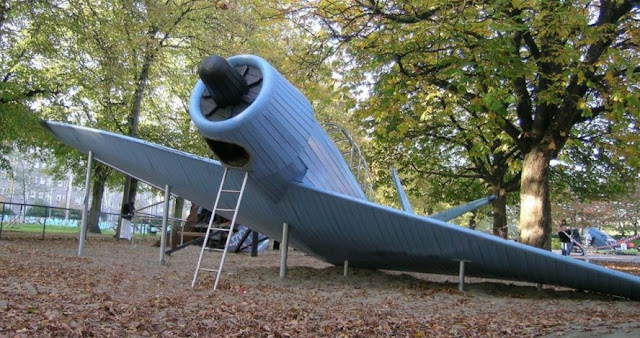 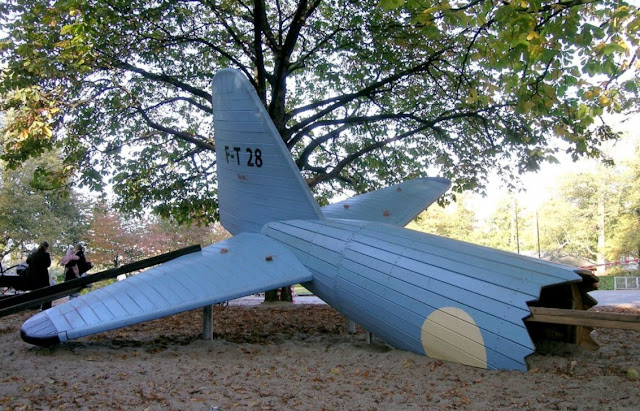 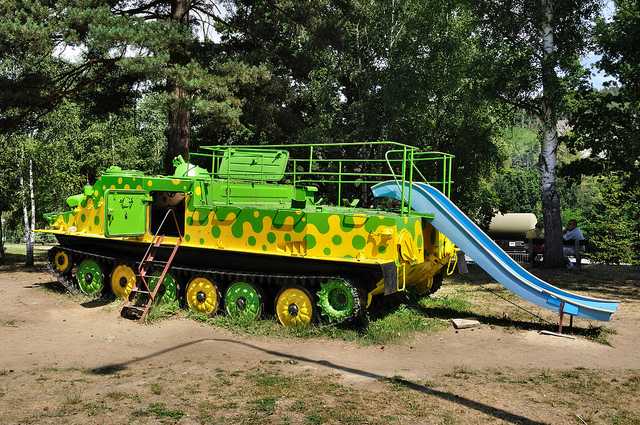 This retired warrior was one of thousands of OT-62 TOPAS amphibious tracked armored personnel carriers developed jointly by Poland and Czechoslovakia and produced between 1963 and 1972. Now resting in peace at last, this basic variant of the OT-62 TOPAS has retired to the pastoral Benesov District of the Czech Republic's Central Bohemian Region.
http://inventorspot.com/articles/decommissioned-czech-tank-adds-slide-conquers-playground 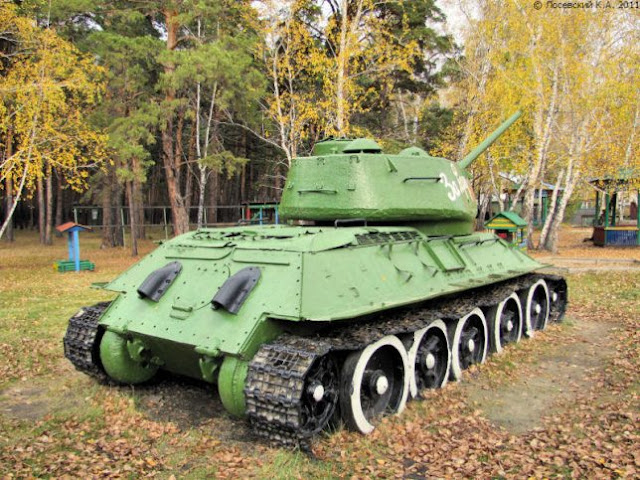 The most famous playground tank of Omsk – with a T-62. In the village of Chernoluchye, near the city of Omsk in southwestern Siberia.
http://englishrussia.com/2012/05/22/adult-toys-on-childrens-playgrounds/ 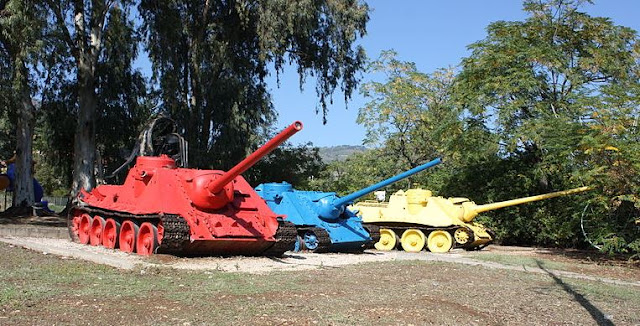 the small city Kiryat Shmona,in Israel is most well known for attacks by Katoesja rockets that are fired from Hezbollah fighters from Lebanon. 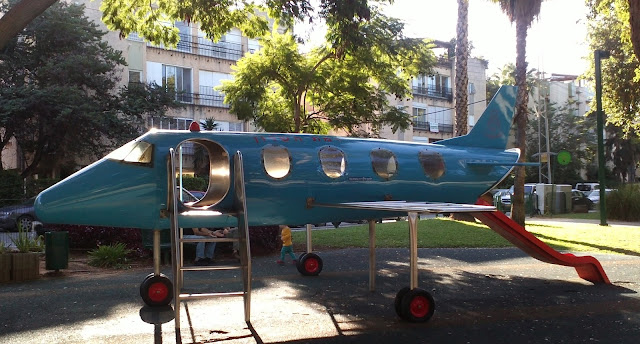 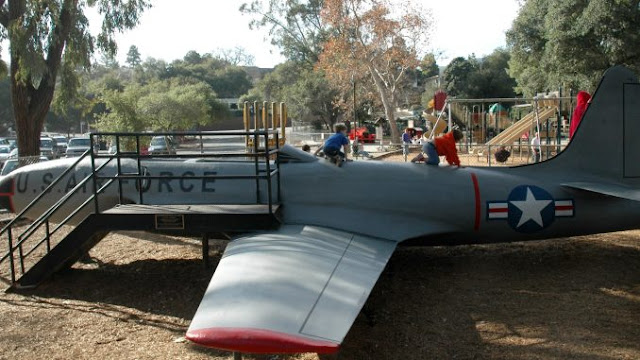 This USAF Lockheed T-33A “Shooting Star” ,Serial Number 53-5421,it is on loan to the Town of Los Gatos by the United States Air Force and it is located in the Oak Meadow Park. The aircraft has been in the playground area since July, 1974. 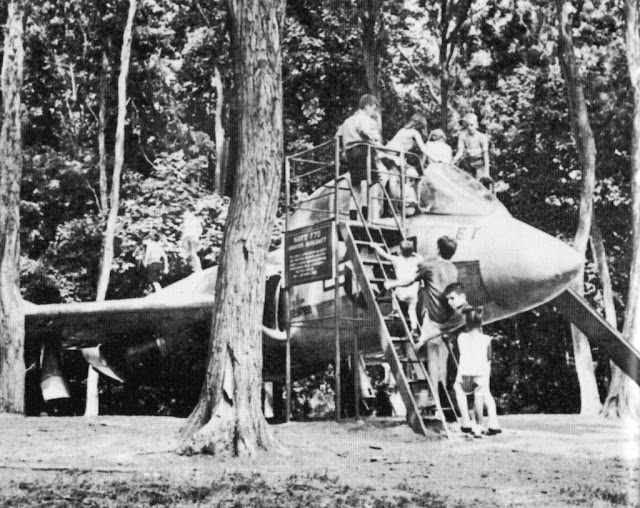 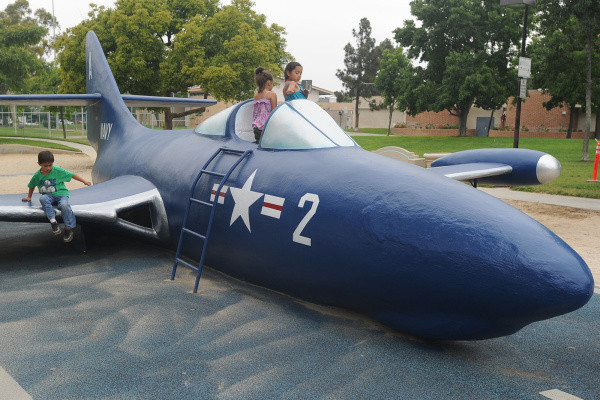 “It was a hell of a deal,” said Tanner, who paid $1 to take the jet off the government’s hands. “I doubt I spent more than $500” to move the plane from a Tucson junkyard to Costa Mesa.

His service group, the Costa Mesa Exchange Club, bought the fighter jet used in the Korean War from the government in 1960 with the condition that they transform the plane into a playground landmark. His club refurbished it for the Lions Club Fish Fry parade weeks later, and installed it at Lions Park at 570 W. 18th Street that same year.