a result of higher costs of labor and asphalt than when city streets were originally surfaced? Un-paving. Making dirt roads instead of retopping the crumbling roads that paved in the 50's and 60s 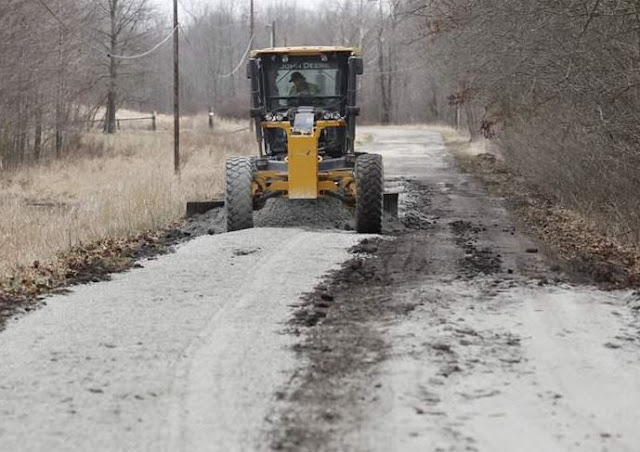 dirt roads don't need to have the stripes repainted.

Dirt roads don't expensive pothole repairs. Just a shovel and some gravel and it's done.

Run a grader across a dirt road and it's smoothed off ... beats the cost of a pot hole machine and team of workers making repairs to potholes and cracks and erosion

Vermont’s capital decided in 2009 to grind up some of the city’s streets and combine the asphalt with underlying gravel. They now save 120k a year. They project to save 1/2 the costs of maintenance for the next 20 years

There have been about 70 such conversions, stretching along 550 miles of road in at least 27 states, according to a 2015 review of the projects produced by the National Cooperative Highway Research Program.

Resurfacing a paved road in Allamakee County, Iowa, was estimated to cost $100,000 a mile in 2011, but getting rid of the pavement and adding new gravel would only set the county back by $5,000 a mile.


The rural population, after three decades of declining growth, started shrinking in 2010. In America’s metro areas, where more than 4 in 5 Americans live, the road network has been expanding faster than population growth since 1980. That has created an unprecedented maintenance crisis, in addition to facilitating sprawl, harming the environment, undermining Main Street commerce, and draining local budgets.

Not only should we not be building more roads, we shouldn’t necessarily be repairing the ones we have.

Since 1980, according to the Federal Highway Administration, public road mileage rose from 3.86 million miles to 4.19 million. Lane miles rose from 7.92 million to 8.8 million. Both those figures lag far behind population growth. But take a closer look, and a pattern emerges: Rural road miles have actually decreased in that time. All the new roads are urban. 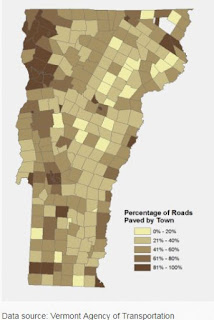 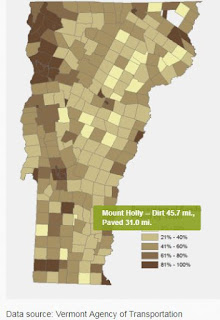 There is even a map you can roll your cursor over to learn the ratio of gravel roads vs paved roads http://publicassets.org/library/publications/where-the-roads-go/
at Wednesday, March 14, 2018