cool improvised airplane, and other art by Lawson Wood 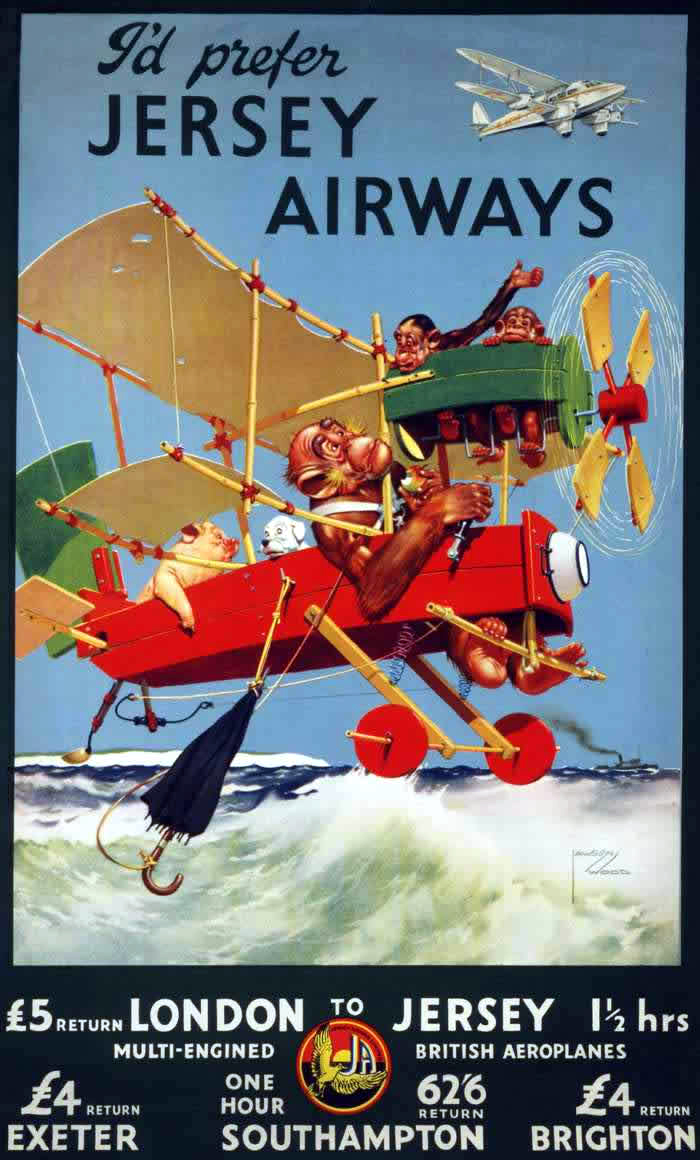 From the age of 24 he pursued a successful freelance career and was published in The Graphic, The Strand Magazine, Punch, The Illustrated London News, and Boys Own Paper. He illustrated a number of books including Louis Tracy's The Invaders in 1901 for Pearson.

By 1906, he was recognized for his humorous style, especially for his depictions of stone-age humans and dinosaurs. His standing among artists was made obvious when he was chosen by art instructor Percy V. Bradshaw to launch The Art of the Illustrator

During World War I, Wood served as an officer in the Kite Balloon Wing of the Royal Flying Corps, and was responsible for spotting planes from a hot-air ballon. The duty was dangerous, and Wood was decorated by the French for his action over Vimy Ridge.

In 1934, he was awarded a fellowship of the Royal Zoological Society for his work with animals and his concerns about their welfare. He established his own sanctuary for aged creatures. 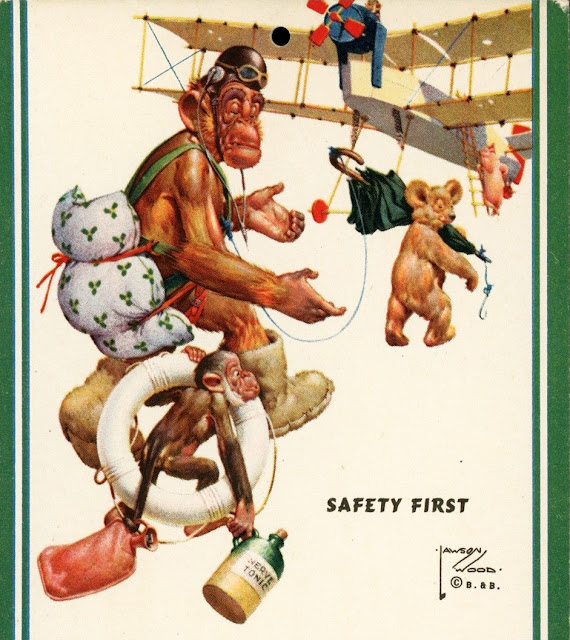 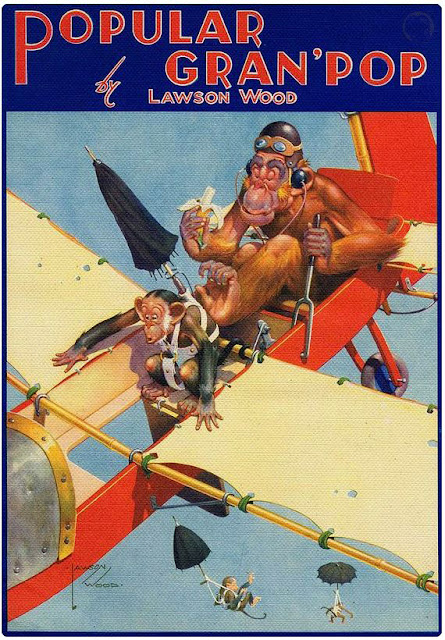 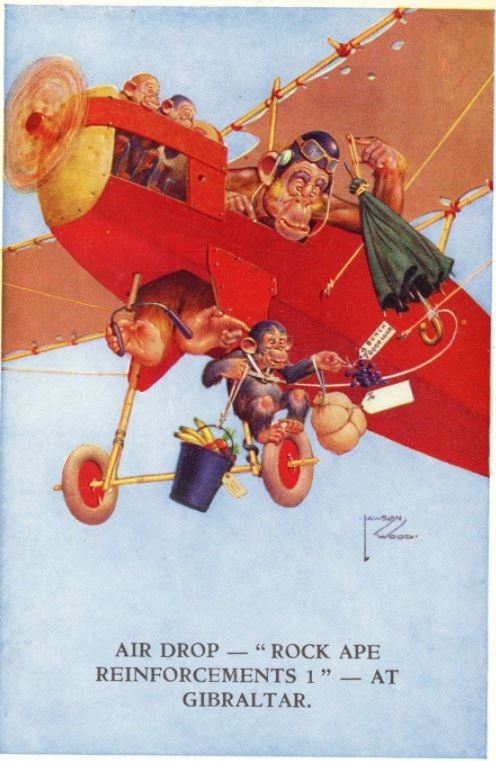 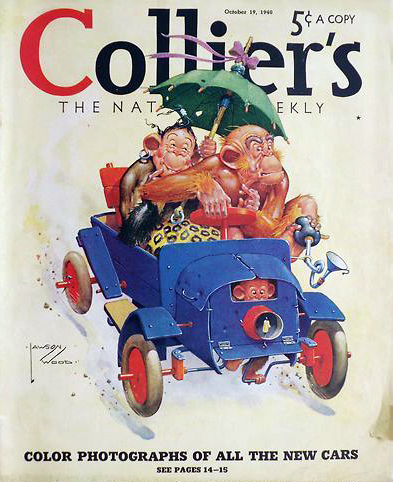 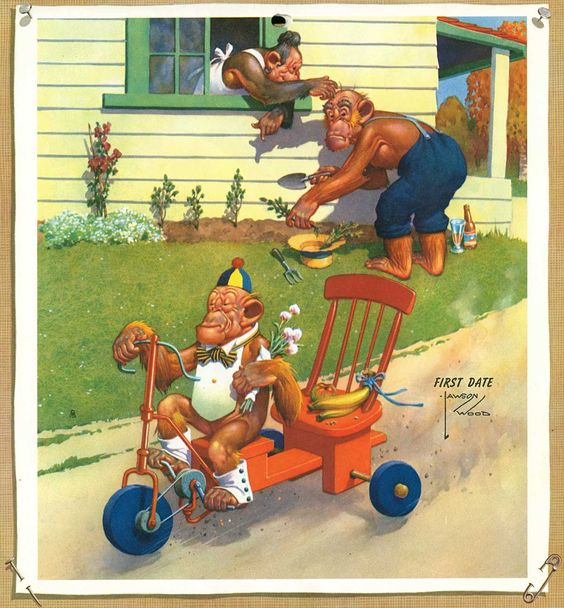 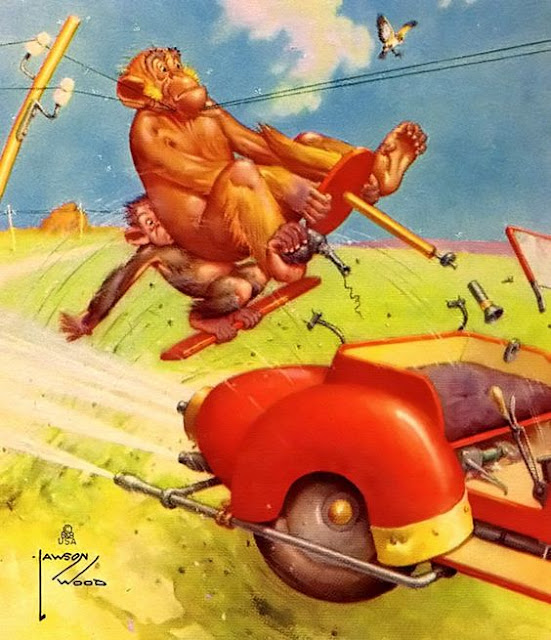 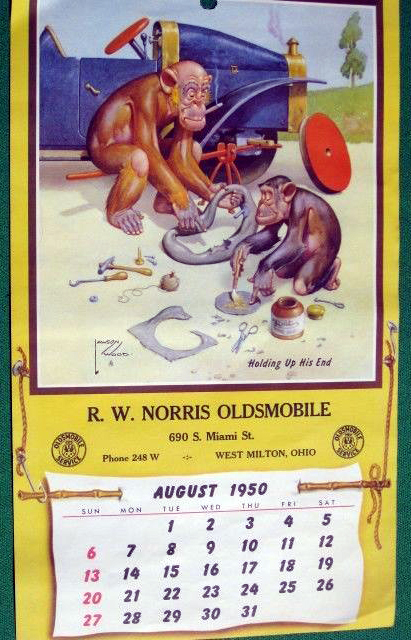