The origin of the name, "Super Bee", has its basis in the "B" Body designation pertinent to Chrysler's mid-sized cars, including the Road Runner and Charger.

The logo was used unchanged after he hand-cut the design on his dining room table. It went on to be the centerpiece of what industrial designer Mack King called "a more graphically stated muscle car than the Plymouth Road Runner."

The design of the first Super Bee was influenced by the 1968 Coronet convertible and the show car's interior was built by the Alexander Brothers. The show car was introduced at the 1968 Detroit Auto Show.

This late start by Dodge meant the Road Runner was cleaning up in sales by the time Dodge had the Super Bee ready for production. In an effort to spread publicity, Dodge blitzed the media will full-page color spreads in the popular car magazines and 250 college newspapers.

In addition to minor external differences, such as larger rear wheel openings, the bumblebee tailstripe and fancier grille, and the taillight ornamentation, the Super Bee also used actual diecast chrome-plated "Bee" medallions. These three-dimensional medallions were prominently mounted in a raised position in the grille/hood area and the trunklid/taillight area of the car throughout the first three years of production.

The Super Bee used the dash cluster from the Dodge Charger, while the four-speed manual cars received a Hurst Competition-Plus shifter with Hurst linkage, this shifter outshined the Road Runner's less expensive Inland shifter and linkage.

Due to the higher-quality accessories attached to the Super Bee, the car was sold at a higher price in comparison to the Road Runner and this had a negative effect on sales. Only 125 Hemi Super Bees were sold, as it was 33% more expensive than the 383 Bee. 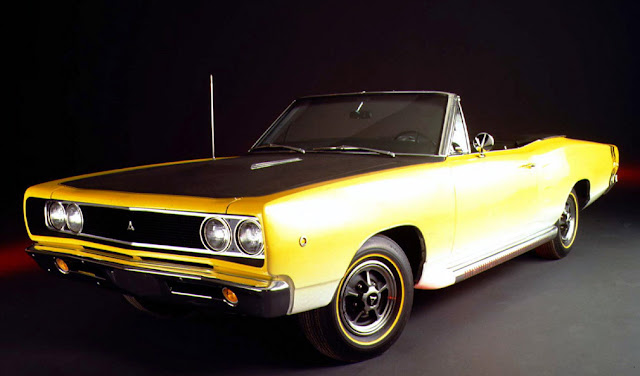 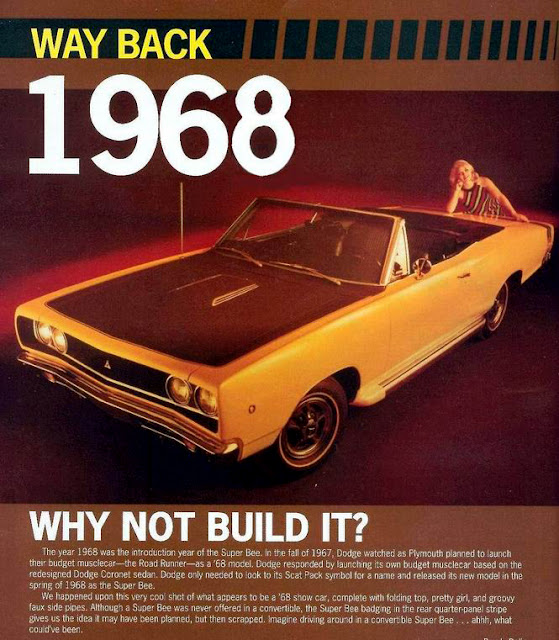