Jimmy Stewart, his plane, and Joe De Bona, winner of the 1949 Bendix Trophy Air Race. The pile of parts were removed to reduce weight. 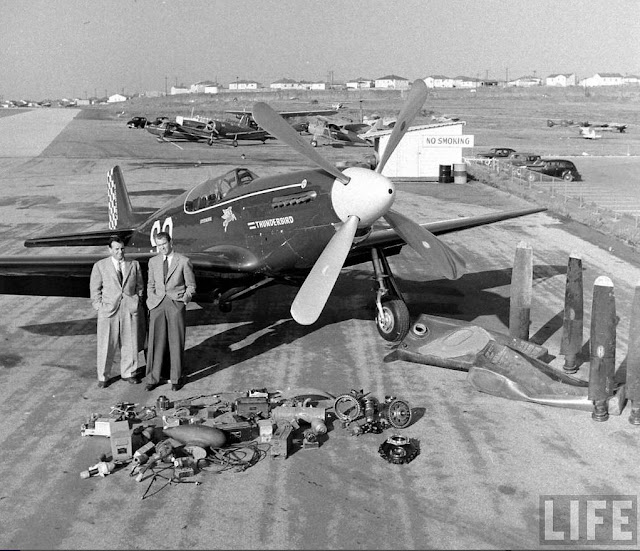 The earliest document in Thunderbird‘s Civil Aviation Administration file states, “THIS AIRCRAFT WAS ASSEMBLED FROM COMPONENTS OF OTHER AIRCRAFT OF THE SAME TYPE.” The aircraft is designated on the form as a North American P-51C, Serial No. 2925.

Thunderbird, made up of salvaged parts, has no known Army Air Corps serial number.

The company was a partnership between De Bona and James M. (Jimmy) Stewart. Over the next several months, Thunderbird was prepared for the upcoming 1948 Bendix Trophy Race. Unnecessary equipment such as the self-sealing fuel cells, the fuselage fuel tank, etc., were removed to save weight. The airframe seams were filled with putty and sanded smooth.

December 1949, Jimmy Stewart (Sole Owner, for Joe De Bona Racing Co.) sold Thunderbird to Jacqueline Cochran of Indio, California, for “$1.00 and other consideration.”, she went on to set 3 world speed records with it.

Jackie Cochran had owned Thunderbird for just over three years when, on 20 January 1953, she sold it back to Jimmy Stewart for “$1.00 and other consideration.” 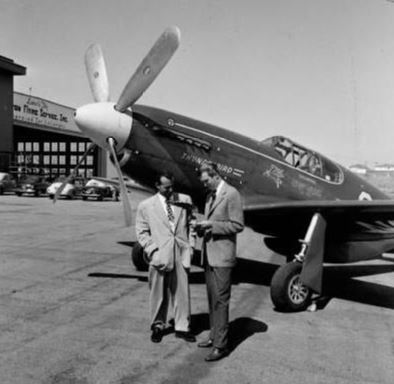 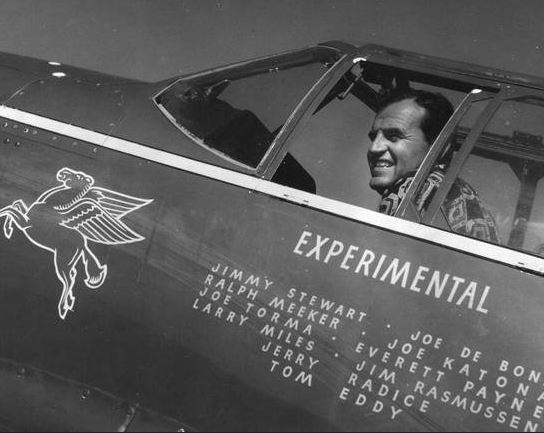 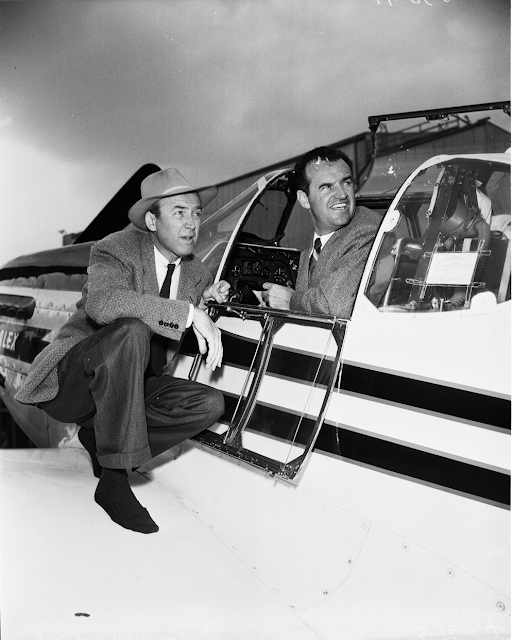 1953, at about this time, the airplane was repainted in a yellow and black scheme, and renamed Mr. Alex in honor of Jimmy Stewart’s father.

A major event of 1953 was the Coronation of Elizabeth II on 2 June. American television networks CBS and NBC had arranged to have films of the ceremonies flown across the Atlantic to Newfoundland.

From there the film would be flown on to the United States by Jimmy Stewart’s P-51 and another owned by Paul Mantz,

Jimmy Stewart asked the C.A.A. to temporarily remove the limitations on NX5528N’s airworthiness certificate so that it could be flown out of the United States to pick up the films at Newfoundland and return with them to Boston, Massachusetts.  It was granted.