Target kites, 1st I've ever heard of them 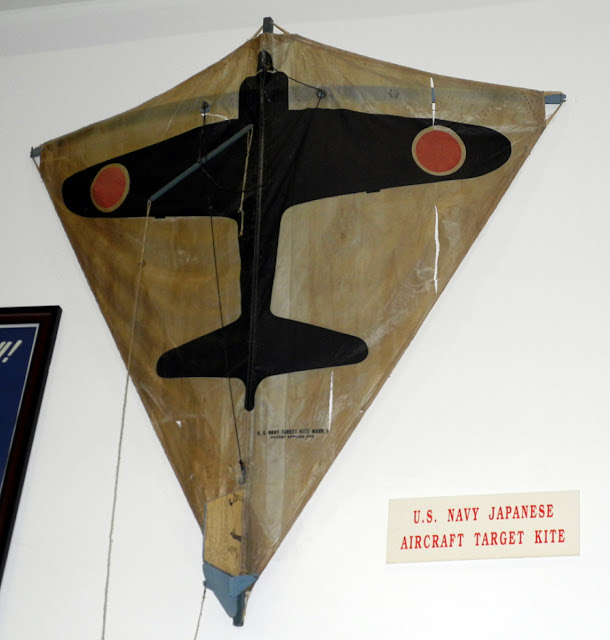 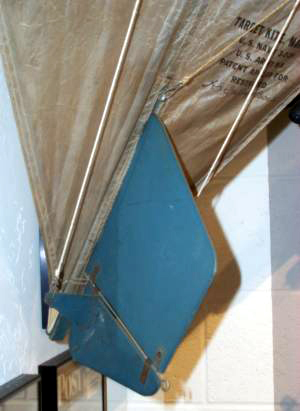 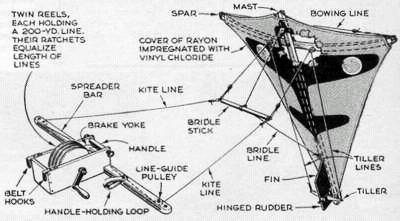 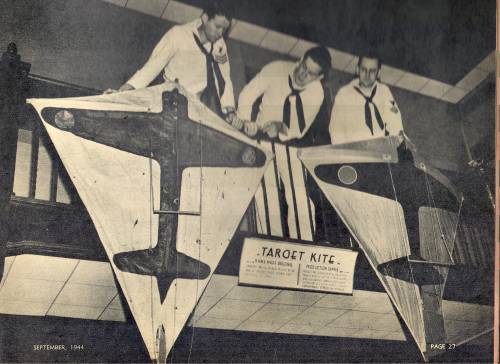 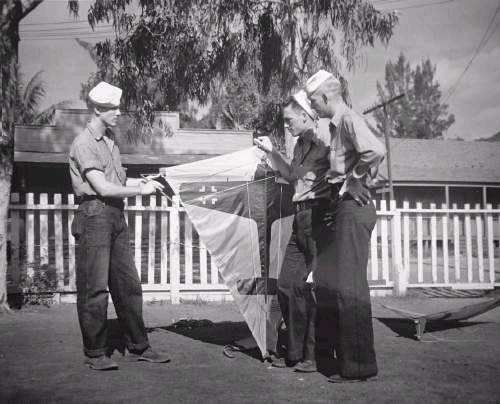 The late Dr. Paul Garber, former Historian Emeritus of the National Air and Space Museum, was instrumental as his services as a civilian were loaned to the Navy Department in early December, 1941 and became part of the Navy's Special Devices Division of the Bureau of Aeronautics with a Navy commission in May, 1942.

Dr. Garber devised a controllable Target Kite which was used for gunnery practice; a fully rigged example of his Mk 1 kite, made by Spaulding, is on exhibit with a Mitsubishi "Zero" screened on the kite fabric. Paul Garber became aware that Admiral John H. Towers reported that the Navy required some sort of airborne moving gunnery target; Garber believed that a kite might solve the problem. He worked after hours along with two kite flying buddies, Lloyd Reichert and Stanley Potter, and also with Paul Gwillow, to come up with a rough target kite which had a keel and rudder and could be controlled by two lines. Work on a prototype target kite leading to production began in earnest in the Fall of 1942. Firing tests were conducted in January, 1943 and the first production units from a trial order with Comet Models reached the field for test by May, 1943.

http://collectair.org/museum.html  Thanks Steve!
at Saturday, August 27, 2016