a Studebaker in a VW bug assembly line 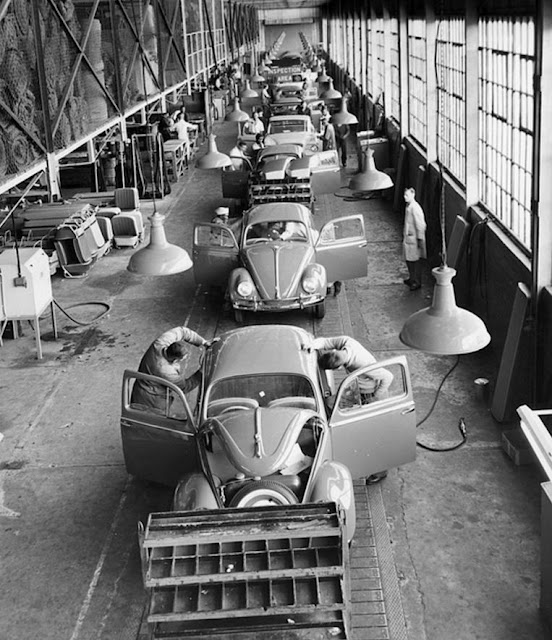 In 1946 the Studebaker Export Corporation signed a franchise agreement with South African Industrial and Commercial Holdings Ltd, and South African Motor Assemblers and Distributors (SAMAD) was established to assemble imported Studebaker CKD (completely knocked down) kits using a percentage of local content such as wheels, upholstery (note the large rolls of fabric in the loft), wiring, paint, and whatnot. Each kit consisted of packing cases of parts, and the body shell in raw metal protected by grease. Once stripped and painted the cars would be assembled on the line.

By late 1948 SAMAD was assembling Studebaker trucks, and on February 18, 1949, a new factory employing 320 people began putting together 12 Studebakers a day.

In 1951, after a couple of years of negotiation (and after 340 000 litres of Cape wine found its way to Germany), Volkswagenwerk and SAMAD inked a deal in which SAMAD acquired the rights to assemble the Volkswagen in South Africa. Two complete cars were imported for study and training, with the second arriving in early August of 1951. By the end of the month the first locally-assembled Beetle rolled off the SAMAD production line.

For the next three years - until the Austin production moved elsewhere - American, British, and German cars were assembled at the same time, in the same factory, on the same assembly line, and by the same workers, day in and day out.

The Beetle's tremendous popularity naturally led to increased production, and in 1956, after the loss of the Austin franchise the year before, Volkswagen acquired majority share in SAMAD, with Studebaker retaining a minority interest. Studebaker ceased production in South Africa in 1965 and the next year Volkswagen purchased the remaining shares of SAMAD and renamed it Volkswagen Group South Africa. In 1974 the factory became known as Volkswagen of South Africa, and except for a run of Audi vehicles (1968-2001), the production of only Volkswagens continues at the original site today. 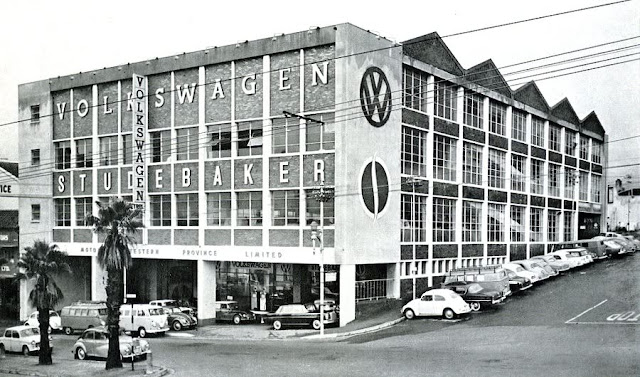