The inevitable, and obvious occurred at this past weekends Baja 500... spectators too close to the race were run over. That is what used to happen at races 100 years ago (especially the 3rd Vanderbilt Cup), everywhere in the world. Except for Mexico's Baja racing, most other race locations have enacted safe distance and spectator viewing areas to prevent this. Will this death change Baja racing? Will SCORE stop until Mexico gets crowds off the race path? 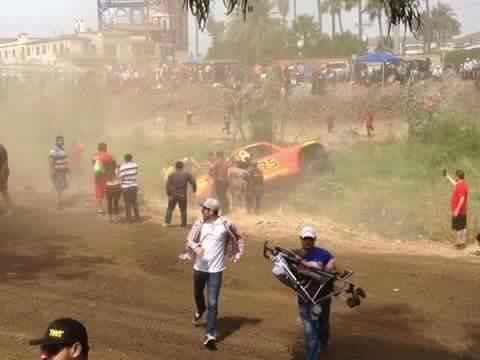 The boy was one of three spectators struck Saturday within a half-mile of the start by racer Todd Pedersen of Orem, Utah, according to a statement from Score International, which runs the race.

Pedersen was in a race truck, negotiating a turn as he entered a wash, when he struck the three spectators. The boy was taken to an Ensenada hospital, where he was pronounced dead, according to the statement.

The boy’s mother was also struck and was hospitalized with head and leg injuries.

The vehicle that lost control was Trophy Truck No. 75, a rig resembling a Chevy Silverado by an outfit called Space Monkey and owned by Mike Cook out of Provo, Utah.

Cook’s team had qualified 23rd out of a 45-vehicle class at this year’s race, ahead of a few extremely competitive drivers including Mark Post and Troy Herbst.

Pedersen posted bail and was released. 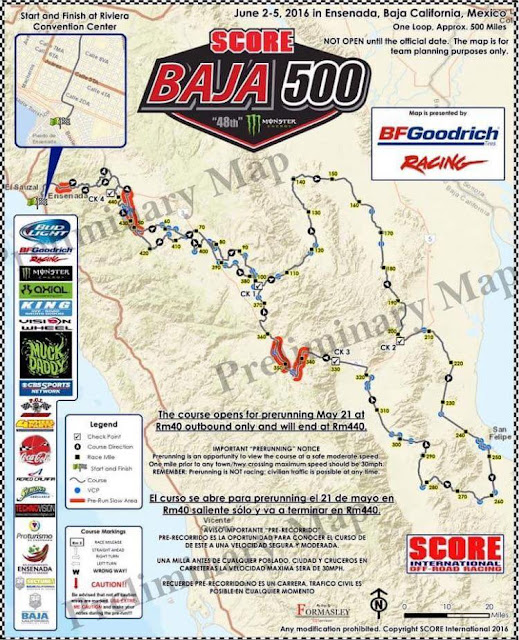 At the 3rd Vanderbilt Cup race, http://justacarguy.blogspot.com/2016/03/lesson-learned-from-3rd-vanderbilt-cup.html , many spectators crowded the race area, and one was killed. Many tore down the barb wire fences and fenceposts designed to keep them away from the road.

the father of the dead boy is a pastor at Pacific Coast Church in San Clemente. He says he embraced the driver at a hospital after the accident. “I wrapped my arm around him,” said Hendriks. “I said ‘I’ve been forgiven of things that I’ve done on purpose. You didn’t do this with malice or ill-intent.'


This #75 was the same crew that hit Poole and Hancock from behind at mile 32, after they had rolled over, in the Mint 400 2015 http://www.race-dezert.com/forum/threads/two-racers-injured-mint-400-off-road-race-temporarily-stopped.121475/ 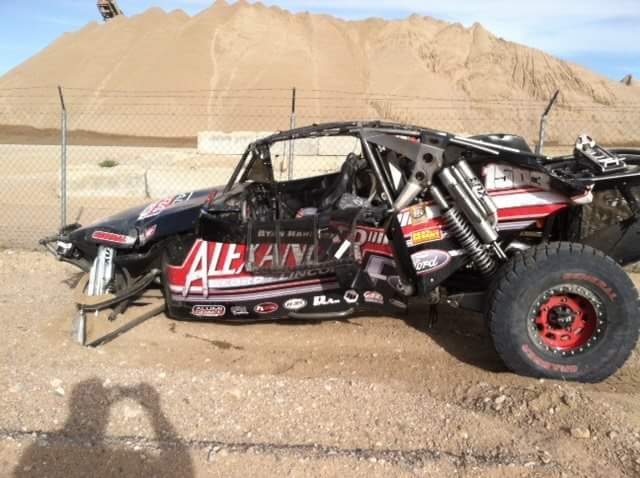 Just last year there was a near miss in the Baja race, http://justacarguy.blogspot.com/2015/06/stupid-sob-darts-in-front-of-baja-race.html  because spectators won't move back from the racing path / area. 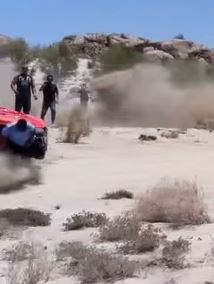 Steve reminded me, the spectators are still stupid in Europe on rally car race courses