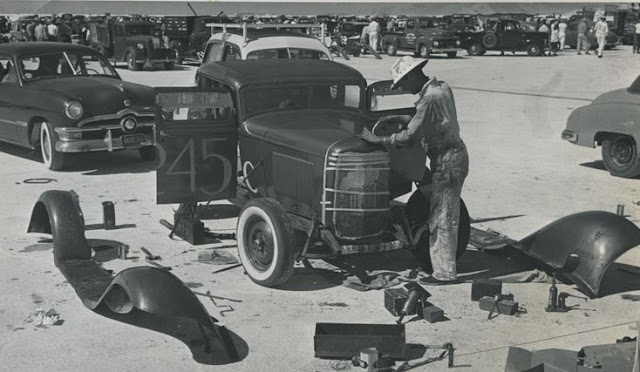 The fenders, running boards, bumpers, headlights and hub caps have been removed from the car in preparation for running one of the classes on the salt. The radiator has a piece of cardboard taped over it to aid in streamlining. Even with radiator blocked he only ran the car on the race course and never had a problem with the car overheating since he was running it for such a short time. Look at the doors and you'll see the windows rolled down slightly and cardboard taped at the tops of them. Louvers were installed in the cardboard to meet the SCTA rules that coupe interiors be ventilated. 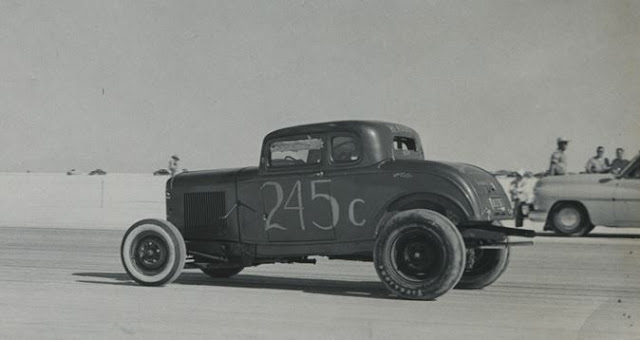 Photos by Spence Murray, who at the time was editor of Rod and Custom, who did an in depth article of Lou's trip called "Destination Bonneville" 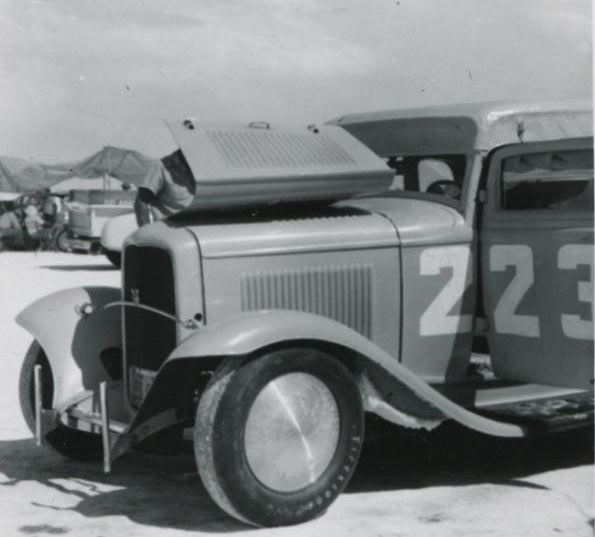 In 1957 SCTA changed the rules which specified "no chop tops", the cars had to be stock height. So Lou made a fiberglass cap that extended the top of his roof by 4" so the top of the car was now stock height. In 1958 the SCTA reversed the roof rules, and the cap was easily, and simply, removed without any bodywork to the roof to comply with one stupid rule only in effect for one race season