Fonzie's bike was up for auction by Bud Elkins, 1949 Triumph Trophy TR5... so was James Garner's Baja Olds 442 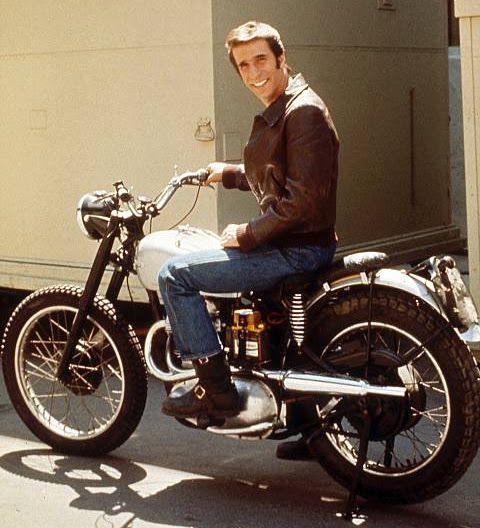 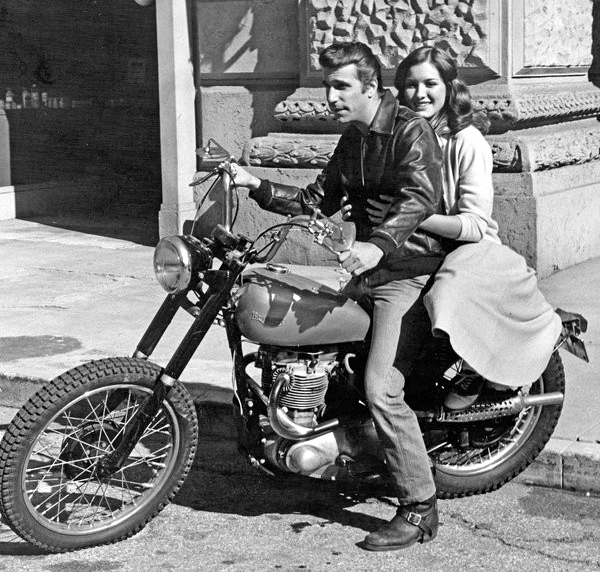 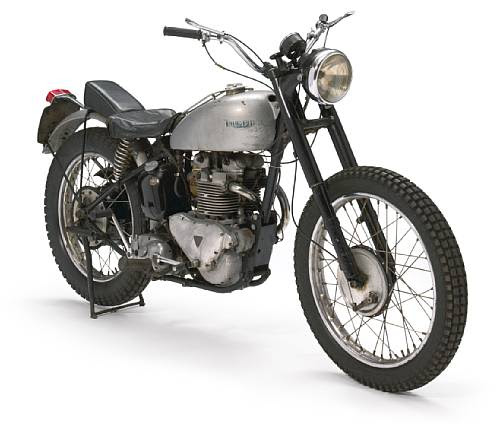 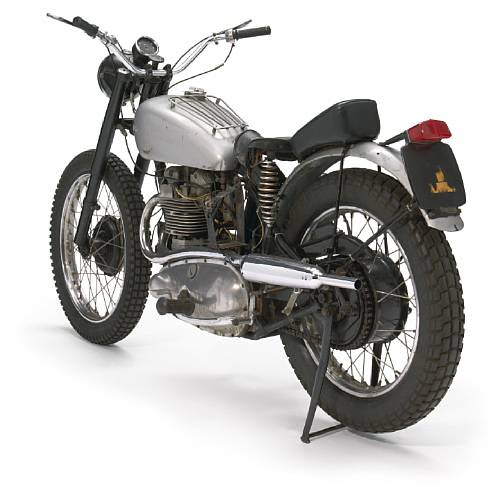 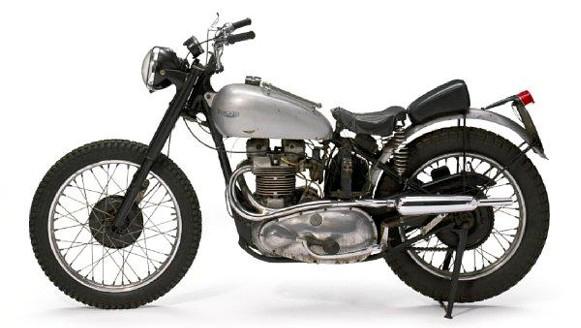 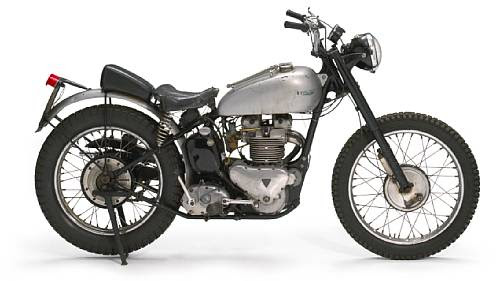 The motorcycle that helped make Arthur Fonzarelli an icon of cool was up for auction. (didn't sell)

The 1949 Triumph Trophy TR5 was featured on the beloved sitcom “Happy Days.” Even without the Fonz connection, the bike would have a famous pedigree since it was owned by stuntman, racer and Triumph dealer Bud Ekins — a guy even cooler than Fonzie himself. He’s best known for dyeing his hair blonde and performing the stunts that studios wouldn’t allow his friend Steve McQueen to do, including the fence jump at the end of The Great Escape and some of the driving in Bullit

When Happy Days needed an authentic bike for Fonzie, Ekins obliged by removing the bike’s front fender, spray-painting the gas tank silver and replacing the handlebars.

Henry Winkler, who played the Fonz, couldn’t ride a motorcycle. Winkler told Emmy TV Legends that he rammed the bike into a sound truck the first time he tried to ride it. From that day on, the crew pulled him and the motorcycle on a board.

The bike is in need of a lot of repairs. The speedometer is broken, it's rusted and hasn’t run since the 1970s, according to the New York Times. Despite the bike’s condition, it was expected to fetch between $60,000 and $80,000.

also up for auction are James Garner's former Oldsmobile Racer (didn't sell) , Fast and the Furious '94 Toyota Supra(sold for $21,000), and Tom Cruise's futuristic Lexus (sold at $101,000) from the "Minority Report", though the winning bidder can't actually take it on the road. http://abclocal.go.com/kabc/story?section=news/car_tips&id=8429328