B 29 Slave Girl, interesting lettering choice, whoever did this was a real artist before the war 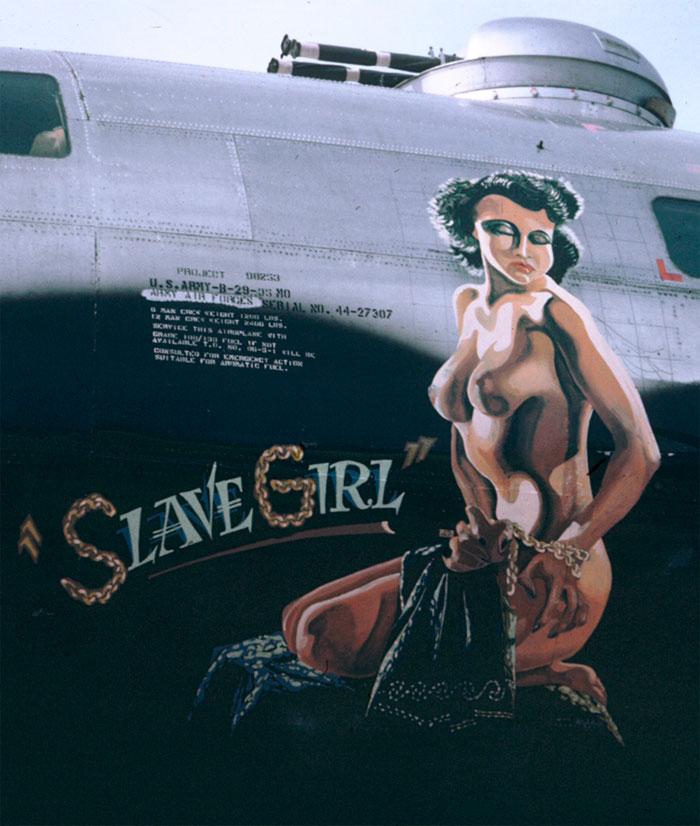 the shading and coloring seem to be pretty good technique, and the lettering is amazing
(Thanks to Steve for the color photo!) http://346bg.com/461/

This is the B 29 Slave Girl, explaining the chains.

Boeing B-29-40-MO, 44-2734(7), aircraft named “Slave Girl", of the Twentieth Air Force seen in March, 1945. It is finished in the recent Jet 622 gloss black finish on all undersurfaces. (Robert Petrini)  Sentimental Journey B 29 also received the black bottom paint, and so did Dragon Behind, Ace In The Hole, No Sweat, Sit n Git, and Heavenly Laden http://b29s.koreanwar-educator.org/noseart/markstylingart.htm 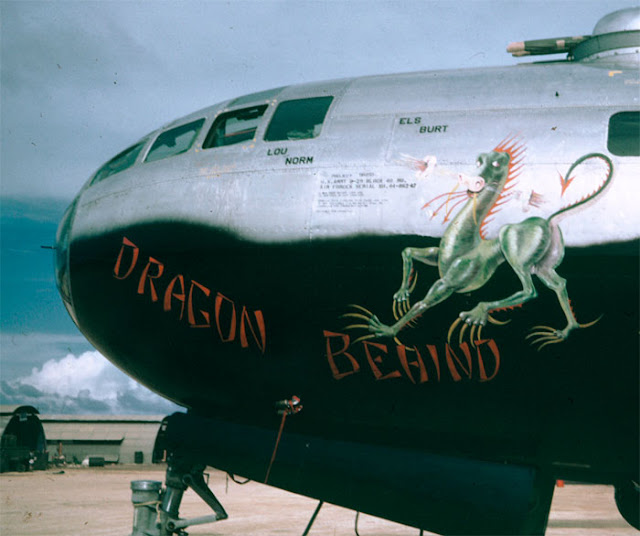 A book written by Lt. Col. Earl J. McGill (USAF Ret.) provides insight into Black Tuesday. His book is entitled: Black Tuesday Over Namsi: B-29s vs MiGs - The Forgotten Air Battle of the Korean War, 23 October 1951. Order information for the book can be found at the end of this sketch.

An hour and a half before sunup, nine B-29s of the 307th Bombardment Wing lifted off from Kadena Air Force Base, Okinawa on a bombing mission against Namsi, a North Korean airfield under construction in the heart of MiG Alley. Five and a half hours later, they would engage in an air battle that would forever change the conduct of strategic aerial bombardment. Six of the nine would not return; the highest percentage of United States bombers ever lost on a major mission.
http://www.koreanwar-educator.org/topics/b29s/b29_black_tuesday/p_b29_black_tuesday.htm#BlackTuesdayOverNamsi

and it looks like the same artist did the whole squadron, or bomber group 6, 313 wing, Tinian, WW2 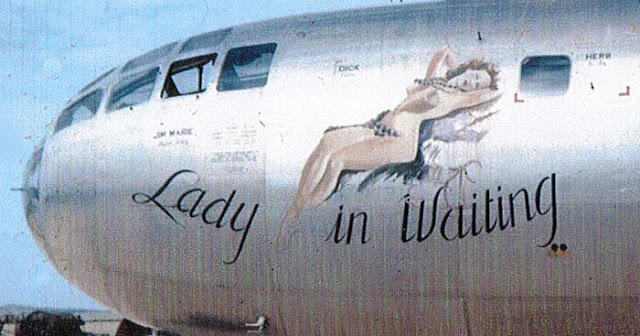 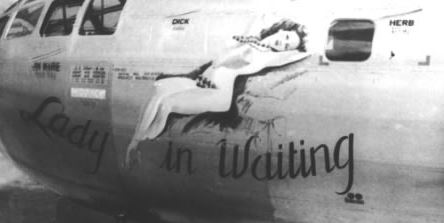 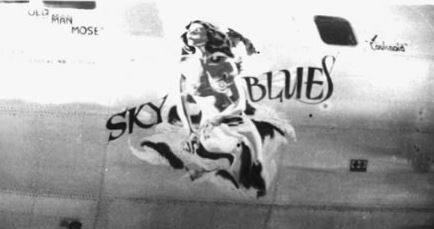 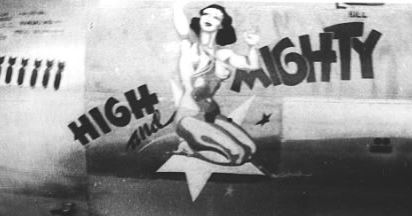