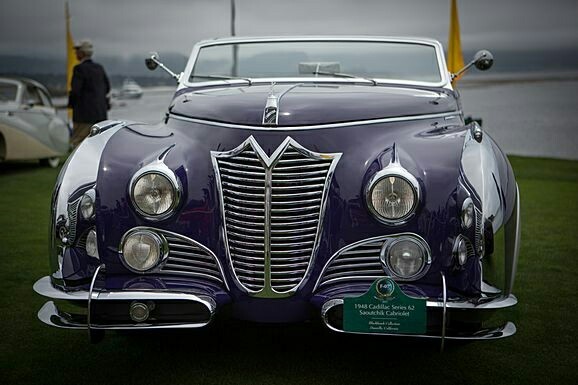 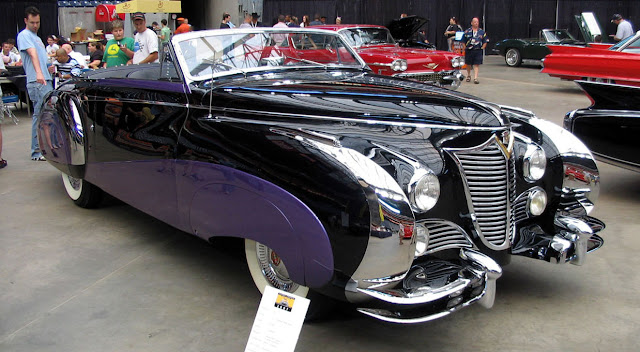 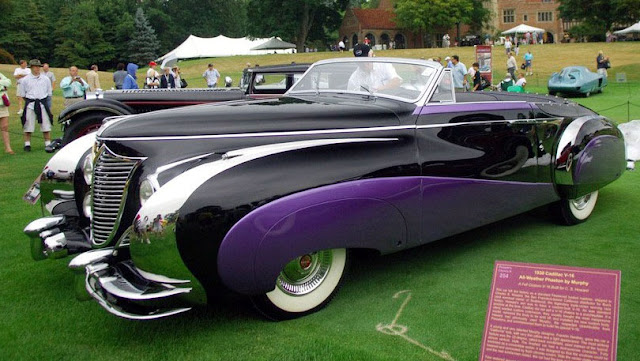 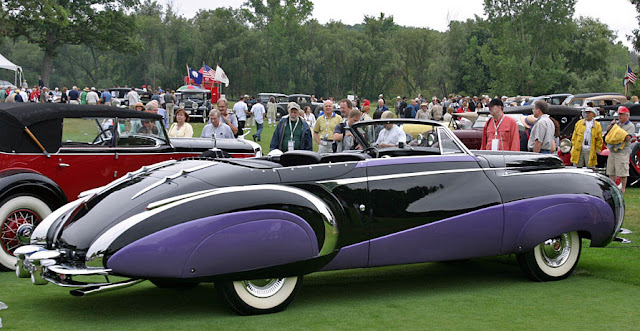 He borrowed only few styling cues from the Cadillac line and used them in a distinctly French way with hopes that the car would gain attention from America. This car was displayed at the Paris Salon of 1948 where it stole the show.

The story goes that the first owner drove the car out to Hollywood and used it there for only a few months before tiring of it and selling it. It was then acquired by a mid-western business man, Harold McLean, from Santa Barbara whose wife's favorite colors, it seems, were lilac and purple.